Brian Altman made World Poker Tour history on Wednesday night by shipping the Lucky Hearts Poker Open for $482,636. The win makes him the first player to ever win the same WPT Main Tour event two times in the same location. 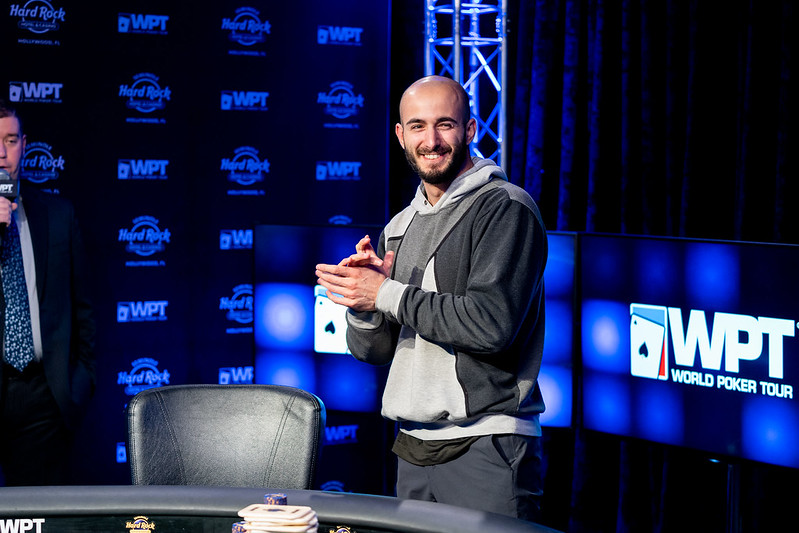 Altman has now made five World Poker Tour final tables to go along with two titles and 27 cashes. The Massachusetts native now has over $4.1 million in live tournament cashes. He had already posted a pair of cashes during the Lucky Hearts series, including a third-place finish for $23,740 in an $1,100, no-limit hold ’em tournament last week. But the run good got even better in the main event.

Heading into the final table, Altman held a slim chip lead over John Dollinger. Both players had stacks twice the size of any of their other four opponents.

Peter Wadsworth, who had the smallest stack when Wednesday’s final session began, was the first to go. He earned $98,636 for his 10th WPT cash and third final table appearance. Nadeem Hirani was next out the door, going home in fifth place with the first $129,438 of his World Poker Tour career.

Nadya Magnus, the last woman standing, busted in fourth place. She won $171,642 for her impressive performance. Next to head home without the trophy was Chanracy Khun, the only other former WPT champion at the final table. Khun earned $230,086, and fell just short of his second WPT title.

That left Altman and Dollinger, whose only previous WPT cash was an eighth-place finish at the Bestbet Jacksonville in 2013 for $25,808.

When heads-up play began, Dollinger held nearly a 2-1 chip advantage. But Altman hit some cards and quickly jumped into the lead. He never fell behind by more than a few chips again.