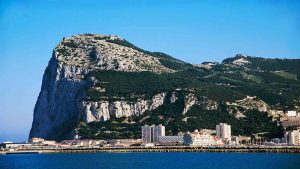 GBGA sought to quell Brexit fears, but negotiations with Spain over cross-border movement will be crucial. (Image: expedia.com)

The Gibraltar Betting and Gaming Association has moved to allay fears of the potential fallout from Brexit on its online gambling industry. Gibraltar is a member of the European Union by virtue of its status as a British Overseas Territory, and its inhabitants voted overwhelmingly in favor of remaining in the union in last month’s referendum, by more than 94 percent.

As a major online gambling hub, which licenses well-known online gambling sites like 888 and PartyPoker, along with some 30 major licensees, the jurisdiction and its stakeholders benefitted from the free cross-border movement of people, goods, services, and capital that EU membership assured.

But suddenly Gibraltar finds itself facing a very real exit from the EU and there are concerns that its licensees and stakeholders might jump ship for Malta, a jurisdiction that has no likelihood of triggering Article 50 anytime soon, even by accident.

Gibraltar is dependent on its online gambling industry, its biggest employer, for thousands of jobs as well as 25 percent of its GDP.

In moving to reassure Gibraltar’s online gambling stakeholders, GBGA said that life outside the EU would not harm growth nor would it greatly impact the jurisdiction’s regulatory framework.

“At the moment and for the foreseeable future there is no change to the existing legal and political framework that our operators work within,” it said. “We also note that European countries already have widely different regulatory regimes and many require our operators to have local licenses, the impact on our members is therefore likely to be minimal.

“Periods of widespread political uncertainty highlight the need to be based in a territory that supports your business and sector at the highest level. We have a very supportive government and regulators.

“We have access to a wealth of human talent and experience in online betting and gaming.  The UK and EU political crisis makes us keenly aware why Gibraltar remains a great place to do European and international trade. Gibraltar is an internationally recognized success story and we intend to keep it that way.”

A very real threat remains, however, if Spain increases border restrictions, as it would be well within its powers to do in the advent of Gibraltar’s departure.

Spain has long-claimed sovereignty over Gibraltar, although residents of the territory consider themselves to be resolutely British and have twice overwhelmingly rejected the question of Spanish sovereignty in two separate referenda.

Gibraltar is a tiny region on the southern tip of Spain, just 2.6 square miles, and most of its 3,400 online gambling industry workers live across the border. In order to protect its industry, Gibraltar will have to negotiate free cross-border passage with its occasionally resentful neighbor.

love the last couple paragraphs thank you very much Philip