Brent Carter, who won two WSOP bracelets in the 1990s, allegedly sent suspicious packages to the New York State Gaming Commission (NYSGC). He was charged with the federal crime of spreading a hoax. 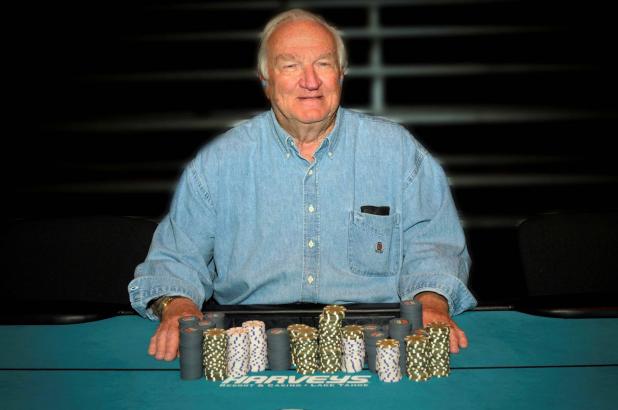 The 72-year-old poker pro is suspected of mailing a suspicious powder to the NYSGC’s headquarters in Schenectady, New York. He is said to have held a 45-year grudge against the Gaming Commission.

The packages turned out to be a just mixture of drywall, sugar, bird seed, and talcum powder. Prior to becoming a poker pro, Carter was a professional harness racer. In 1976, his license to compete in horse racing was temporarily suspended by the Gaming Commission for cheating. According to the complaint filed in a U.S District Court, he’s held a deep hatred for the commission ever since.

Carter was later cleared of the cheating allegations and his license reinstated. But investigators claim he refuses to let bygones be bygones. And for that reason, the FBI Joint Terrorism Task Force alleges, the former poker champ decided to send a scare to the NYSGC.

This isn’t the first time he’s made threats or sent a scare to the Gaming Commission. According to an affidavit, he left a threatening voicemail in 2018 for the NYSGC referencing the 2017 Las Vegas mass shooting that took the lives of more than 60 country music concertgoers.

“Well it looks like the shooter in Las Vegas missed you guys. As long as you’re not available, you should be made permanently not available,” Carter said in a Oct. 5, 2018,  voice message to a Gaming Commission employee, according to the affidavit.

Carter is alleged to have sent four letters between August 2019 and January 2021 to the NYGSC, all of which had suspicious materials inside. One letter had a white substance that looked like it could possibly be something harmful such anthrax, but turned out to be nothing but sugar after testing.

Carter was interviewed about the packages in October 2020. He told investigators he just wanted to clear up his horse racing suspension.

“I think sometimes if you try to make a point by being funny, you can create more trouble,”  Brent Carter told told the investigators.

“I guess in my mind I didn’t think this out but when I sent stuff, the garbage or junk, whatever, I sent, I guess it was revenge or trying to slow down their thinking,” Carter said upon hearing that his alleged actions are considered a federal crime.

The warning apparently didn’t serve as a deterrent. Carter allegedly sent another suspicious envelope to the Gaming Commission on Jan. 28. He was charged with conveying false information and hoaxes. He pleaded not guilty during a Wednesday arraignment and was released while awaiting trial. He faces up to five years in federal prison.

Carter is one of the forgotten old-school poker pros. He won WSOP bracelets in 1991 and 1994 ($1,500 No-Limit Hold’em and $1,500 Limit Omaha). The Illinois native has 54 career cashes in bracelet events which ties him for 80th all-time. He no longer competes in WSOP events and hasn’t cashed in one since 2012.