Brandon Steven, who in 2010 just missed making the World Series of Poker Main Event final table by one, is the subject of an FBI inquiry, the Wichita Eagle reports. The business owner and poker player, ranked #1 in his home state of Kansas by Hendon Mob, has confirmed that his cell phone was wiretapped and phone calls from 2015 were intercepted.

He hasn’t been charged with any crimes, however. 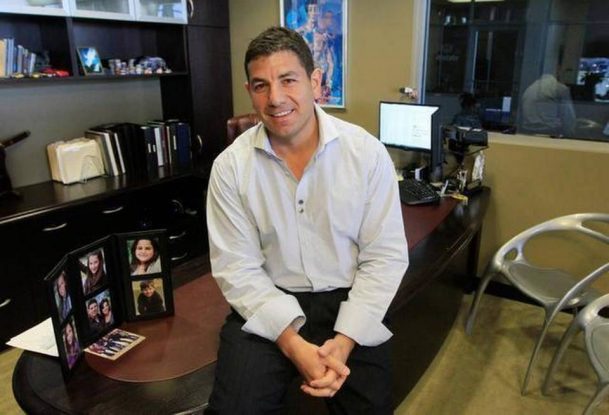 Poker player Brandon Steven is the subject of an FBI investigation, but charges haven’t been filed. (Image: Wikipedia)

The Sunflower State resident was investigated due to his involvement in trying to open a casino in his home state. Assistant US Attorney Aaron L. Smith sent Steven a letter on February 1st, notifying him of the investigation.

“This notice does not mean that you are being charged in court with anything. This is simply a notice which the law requires we send to you. It only means that you, or someone using a telephone subscribed to you, were intercepted talking with a person using the telephone listed above,” the letter stated.

Steven previously attempted to open a casino in southeast Kansas, but that request was denied by the state. He told the Wichita Eagle that he believes his poker background may be the reason he’s under investigation.

“I’m aware of the broad nature of this inquiry. As you know and everybody knows, I play high-stakes poker,” he said. “And from what we understand, they are looking into my poker and my involvement with Castle Rock Casino,” the Stevens noted.

Investigators listened to phone recordings involving Stevens from May 14, 2015 to June 13, 2015. Phone calls can only be recorded for a 30-day period, legally. After that, a court order would be required for an extension.

Local defense attorney Charlie O’Hara told the Eagle that the FBI would need a “normal” search warrant and to prove probable cause in order to obtain permission to wiretap calls.

Brandon Steven’s $3.1 million track record in live tournament cashes (including that WSOP oh-so-close-to-glory finish) is impressive. But in his hometown of Wichita, he’s known better as a top businessman.

The 43-year-old graduate of Southern Illinois University has been an entrepreneur since graduation in 1995. He now owns numerous car dealerships in the state and, recently opened a lot in Missouri. Steven has worked in the car industry since he was 17 years old.

Obviously, his successful professional career has afforded him some relatively carefree bankroll privileges. And the rich get richer: Stevens picked up the biggest win of his life last October in a $50,000 Aria Super High Roller tournament, where he took 1st place for $648,000.

That same weekend, he finished 6th in a $25,000 High Roller at Aria as well.  The entrepreneur is also a regular in high stakes cash games around the world.

The bureaucrats obviously want to give them a bribe. Our world is ruled by money!)