Brandon Cantu claims he’s owed upwards of $1 million from some fellow poker players. But, unlike his rival Jason Mercier, he won’t release their names publicly. The poker pro also says he isn’t broke, but has been forced to change his lifestyle in recent years. 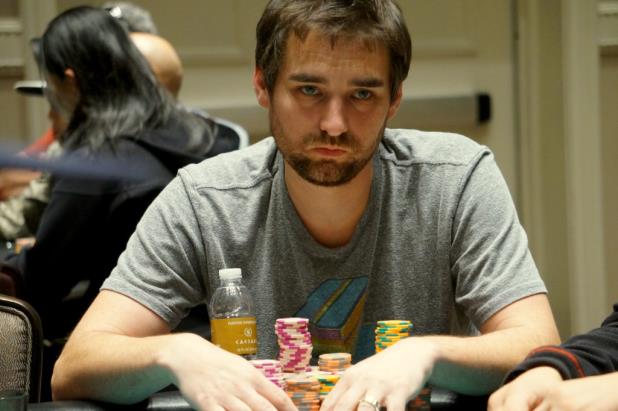 Last week, Mercier called him out on Twitter for refusing to pay off an alleged old debt. The 2016 WSOP Player of the Year claims Cantu has owed him money for 3.5 years and hasn’t paid him a penny.

The poker pros went back and forth on social media, slinging insults at each other. Mercier referred to him as a “deadbeat,” and Cantu questioned the character of the Team PokerStars Pro.

Most social media poker fans appeared to have Jason’s back, agreeing that Cantu needs to pay off his alleged debt. A couple of days after the public argument, Brandon went on the defensive, sharing a story on Facebook that has since been deleted about how he went from millionaire to where he is today.

From Hero to Zero?

Cantu has more than $4.2 million in live tournament winnings and used to dominate the high stakes cash games. He had conquered Open-face Chinese poker before most players had even heard about the game.

On Facebook, he told the story of how he would play for 24-36 hours straight, crushing anyone who challenged him at OFC. He was so good at the game that Eli Elezra, according to Cantu, didn’t even understand why anyone would oppose him.

He was making millions of dollars, living the dream lifestyle. But then it all came crashing down. Mercier helped create Pineapple, a form of OFC that became instantly popular. And with that, Cantu lost his edge.

Despite his reported refusal to pay Mercier back, Brandon claims he isn’t broke. In fact, he competed in an $1,100 buy-in L.A. Poker Classic event last week. But he did acknowledge in the post he’s lost a large portion of the money he won years ago.

Millions in Debts Due

One reason he hasn’t paid Mercier, Cantu claims, is due to waiting for money owed back to him from other players.

“I’m owed about a million from other TOP TOP Poker players. I know they are in tough shape. I will not shame them or out them,” he posted on Twitter, stabbing back at Mercier.

Cantu criticized Mercier for making their dispute public. But commenters were brutal in their derision, not even giving Brandon a little bit of room for veracity.

Suffice it to say, Cantu’s arguments appear to be falling on deaf ears.

..damn`d one wanker !
Heya, Cantu-scum – very much hope that very soon you will make clean toilets!

Based on some interviews I’ve seen, this appears to be a common problem. It’s good that they out the deadbeats. Imagine what the vig would be after 3.5 years. Maybe it’s best if they learn to say “no” when asked to stake.