Brandon Cantu trash-talking anyone, let alone Daniel Negreanu, is a bit like when a random $1-$3 No-Limit Hold’em player bashes Phil Hellmuth’s game. But that isn’t stopping the heavily indebted poker pro from attacking the GGPoker ambassador’s game and character, which is hilarious and hypocritical at the same time. 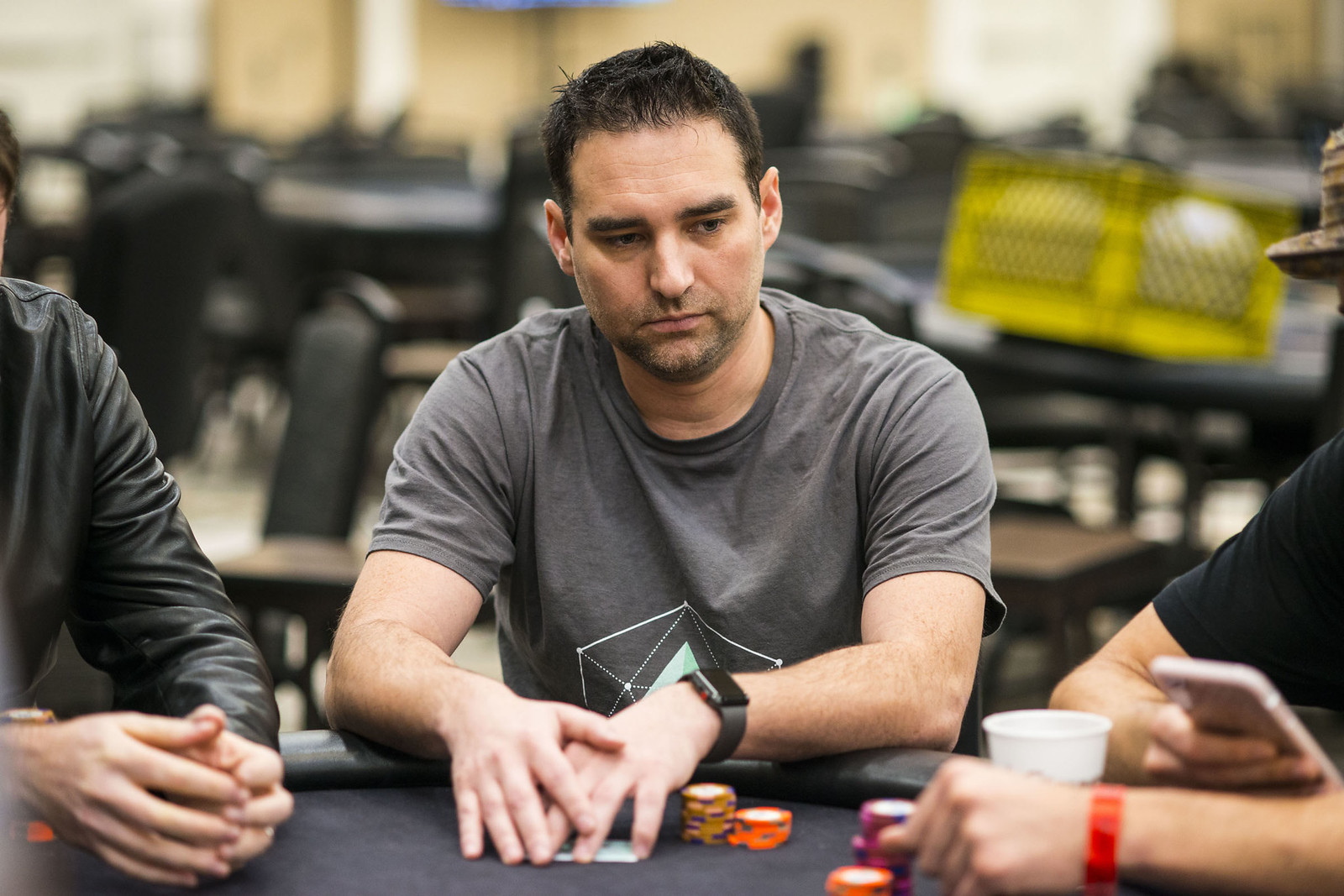 Brandon Cantu has a bone to pick with Daniel Negreanu, for some odd reason. (Image: worldpokertour.com)

Cantu’s recent Twitter feed is loaded with numerous posts bashing Negreanu. He’s seeking a heads-up match against the Poker Hall of Famer, although when Negreanu accepted the challenge, he backed Cantu into a corner with one requirement before the match will take place: Cantu must pay back all the people he owes money to.

I’d play you too but feel it’s only right you pay back all the money you scammed people out of and robbed.

Dead beat thief is what you are.

That’s not how those you stole from, scammed, and robbed would put it but “ok”

You borrowing money from anyone to play poker is akin to theft.

You never had a shot to hold on to any money.

Destined for brokedom from birth.

Cantu is a friend of Hellmuth, who is currently battling Negreanu in a heads-up challenge on PokerGO’s High Stakes Duel. Hellmuth won the first two matches and awaits Round 3, which features a $400,000 prize pool.

Cantu doesn’t exactly have a positive reputation within the poker community. He’s referred to by many, including Negreanu, as a “deadbeat” for failing to pay back numerous gambling debts. The poker pro with more than $4.4 million in live tournament cashes was called out in 2017 by Jason Mercier, who was a PokerStars pro at the time, for refusing to pay him back a debt that was owed for over three years.

Mercier referred to Cantu multiple times as a “scumbag” and “delusional” for continuing to make excuses for not paying back the $10,000 debt. Mercier isn’t the only poker player to bring forth similar allegations against Cantu — Shaun Deeb, Daniel Weinman, and others have as well.

The accusations go way back, so it isn’t just an isolated incident or two. In 2014, Jeffrey Lisandro said Cantu has a gambling problem and that he gambles with other people’s money, the same claim Negreanu recently made seven years later.

Cantu’s reputation within the poker community is so low that even Doug Polk defended Mercier, a player he was feuding with at the time.

I was lucky to even get that money back before he stiffed me on this figure. Had to hound him 4 every penny

“Oh so if I pay someone money I owe them do I not have to ever pay in the future? It’s been 4 years dude,” Polk tweeted at Cantu.

Hypocrisy at its finest

Instead of owning up to his transgressions and apologizing to those he failed to pay back, and instead of trying to fix his damaged reputation within the poker community, Cantu decided the best play was to further tarnish his reputation.

Over the past few days, Cantu has flung multiple insults at Negreanu. In true form, he even offered to put up money that isn’t his against “DNegs,” which sort of proves Negreanu’s point that Cantu doesn’t play with his own money. Cantu also seems obsessed with soy milk, which is just strange.

Here’s where it’s gets good.. @RealKidPoker I will make sure my infinite $ is put up by my big money crew and your 100M or whatever you are worth these days by your lucky 1/4 of 1% of @PokerStars share stock you had to get rich.(Not from poker you’re a joke)

He did say hed put up. You dont even have money to play with and who the fuck is going to borrow u money with your rep 🤡

This is an apex predator photo @RealKidPoker 🦖🦖🦖🦖 Bring your soy milk my 12 million and fund vs your full glass of soy milk and 27.6 million PUSSSSSSSSY. @elonmusk #LegacyShitBroiBackItUpPUSSSSYYY pic.twitter.com/kFlnsNIHSp

The feud began on May 6, a day after Hellmuth defeated Negreanu for the second straight time on High Stakes Duel. Cantu, who watched the match, wasn’t impressed with the GGPoker ambassador’s performance.

My book is open laying -150 and will bet as much as you can borrow.

Let’s see if you will put your money where your mouth is?

My guess… you are all talk no action.

Negreanu offered -150 odds to Cantu on Round 3 against Hellmuth. But, instead of putting his (or someone else’s) money where his mouth is, Cantu continued with the trash talk.

“Never seen so much hype, WORSE play throughout ones career in (heads up only I’m talking, obv you’re an incredible player) Where people could even take your heads up game seriously anymore? Painful for anyone to watch. (But I’m not turning it off),” Cantu wrote.

Why Cantu is, out of the blue, getting personal and attacking Negreanu is anyone’s guess. But when your reputation among the poker community is as tarnished as Cantu’s is, it’s kind of silly to trash someone else’s game and character. Negreanu eventually moved on and discontinued engaging in conversation with Cantu, likely when he realized he wasn’t going to get any action.