The World Poker Tour 2018 Seminole Hard Rock Poker Showdown is wrapping up this week, and some recognizable pros have secured titles, including Brandon Adams and Brian Altman. 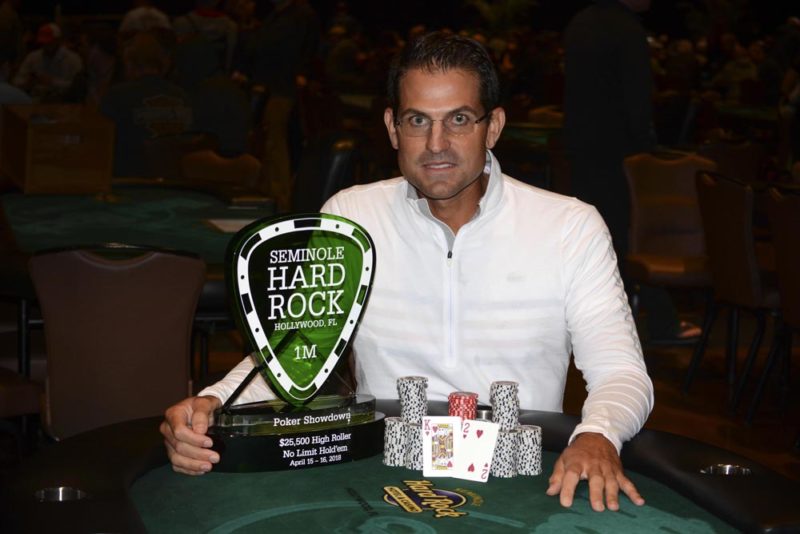 Adams was the last player to enter Event #14: $25,500 High Roller, which featured a $1 million guarantee. With 40 entries — including Jonathan Little, Chance Kornuth, and three-time WPT champ Darren Elias — the tournament hit the guarantee on the dot.

Despite his late registration, t didn’t take long for Adams to triple his stack.

“I was planning on playing those two hours before dinner pretty fast and if it didn’t go well I was going to rebuy.” Adams told SHRPO officials. “I had one key hand right before the dinner break. I check-raise bluffed the flop with a gutshot that got there on the turn against a made hand.”

Adams, who last August finished third in an SHRPO $25K High Roller for $351,000, ended up bagging the Day 1 chip lead and came back to the final table on a monster stack. After Larry Greenberg busted as the bubble boy, Adams laddered up as one by one his opponents hit the rail. Eventually, he found himself squaring off against Spain’s Pablo Fernandez.

The final hand of the tournament took place in Level 19 (15k/25k/25k) when Fernandez shoved his last 315,000 holding the Q♥10♦ and getting called by Adams, who held the K♥2♥. The J♥10♥3♥ flop was gin for Adams as it gave him a flopped flush. The 6♣ turn left Fernandez drawing dead, and he headed to the payout desk after the K♣ was run out on the river.

“It feels great. I’ve never really had a tournament where things went the smoothly from the beginning.” Adams said after his win. “It feels good to run that unbelievably well.”

It was the third-largest score of Adams’ career, which dates back to 2005. Last year he placed second in the Aussie Millions $25K for $447,363, and nine months later won an event at the inaugural Poker Masters for a career-high $819,000. 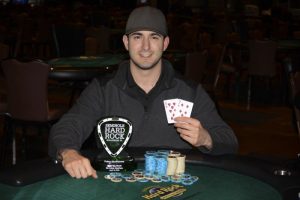 Up until that point, poker pro Brian Altman was having a terrible series, but the stars aligned for the 29-year-old. He made it to the final table as chip leader and soon found himself battling Dean Baranowski for the title.

“He got a double at one or two points in the match,” Altman explained. “Ultimately, he kind of got whittled down and it was a cooler hand where he lost all the chips.”

“It feels really nice to end on a high note,” Altman told SHRPO officials. “I was bricking all the prelims and I fired a few bullets in the main … It’s nice to cap it off with a win and save the trip and go home with a little money.”

Well done, Brandon! Congratulations on the victory! Continue in the same direction!

wow, what a great win to add to his earnings!