Brad Booth is safe and has been located, his family says. The long-time poker pro went missing in July and no one could seem to get a hold of him or find his whereabouts for more than two months. 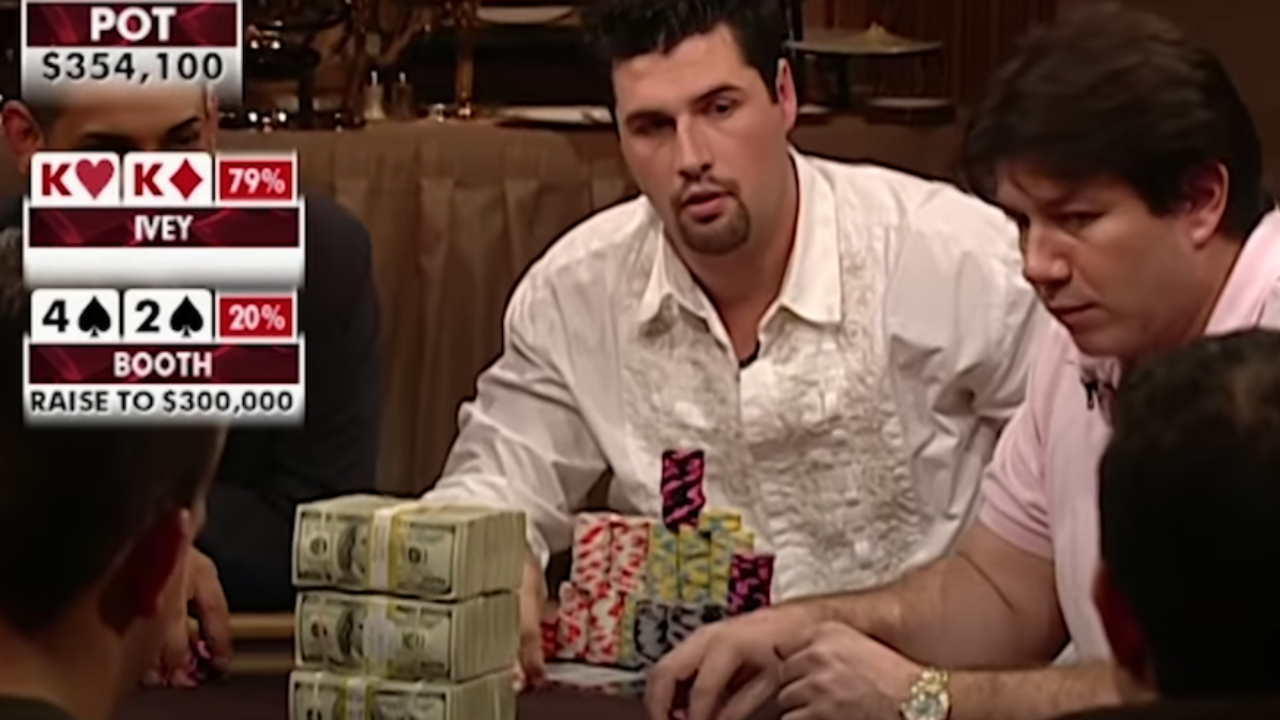 April Horne shared on social media the good news she received from the family. As she wrote in her Facebook post, the poker player has been located. Booth is, according to Horne, “alive and well.”

“We want to thank you for your concern and support in trying to locate our family member, Brad Booth, who we have been unable to locate since July 13, 2020,” Horne wrote.

“Effective today, September 16th, we have confirmation that Brad is alive and well, but has been taking some time to himself as anticipated and hoped by many. Again, we cannot thank you enough for your support and well wishes in locating him. Please note – we do not have any further information at this time. 2020 has been a challenging year for everyone, let’s hope it turns around soon.” 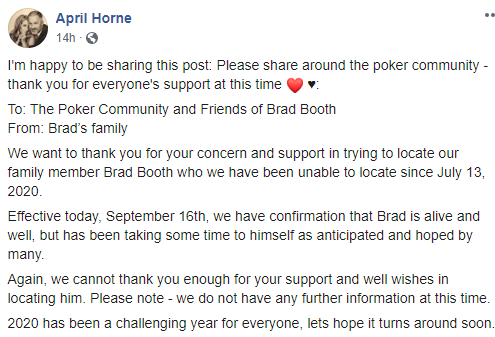 Horne didn’t provide details on Booth’s whereabouts, nor did she address his physical and mental condition. But the fact that he’s safe is comforting to his family.

What Happened to Brad Booth?

Booth is a former high-stakes poker pro who certainly had his ups and downs in the game. He’s gone from rags to riches, and back to rags again. Along the way, he ran up massive debts with numerous poker pros and fell on hard times. When news broke more than a month ago that he was missing and potentially in danger, the poker community rallied together in hopes of finding the once-prominent player.

On July 30, a police report was filed in Reno, Nevada after Booth had been missing for 17 days. His roommate told police that Booth said he was going camping on July 13, but only brought minimal items with him in his truck.

Days went by and he hadn’t been seen or heard from. No one could seem to locate him, and the poker community and his family became concerned. Many feared the worst, from suicide to murder.

In the end, it appears he’s doing fine and, according to Horne, just wanted to take some time to himself. Where he went and why he took off without notifying anyone is unknown publicly. We’ll wait for Booth or his family to share the details of the situation, if they so choose.