The World Series of Poker Circuit (WSOPC) Harrah’s Cherokee Main Event attracted 968 entries to North Carolina this past weekend, and after three days of play, it was engineer and part-time poker player Brad Albrinck who walked away with a $275,877 prize, an automatic bid into the 2017 Global Casino Championship, and his second gold ring. 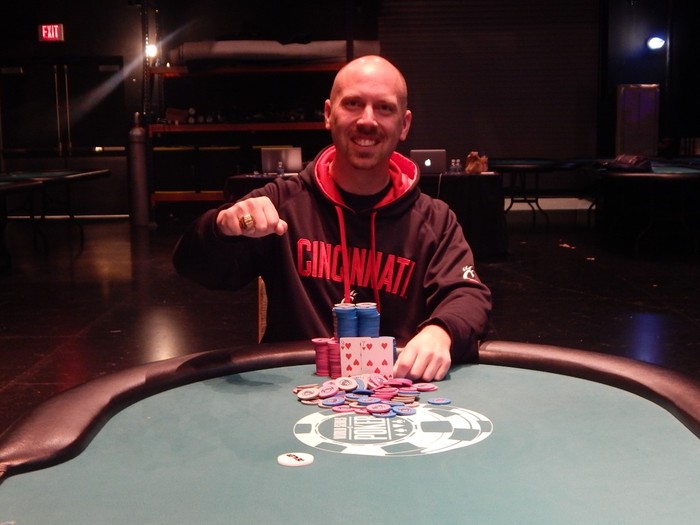 Who wants to know a millionaire? After his latest (and second) WSOPC win, Ohioan Brad Albrinck is celebrating breaking into the millionaires club of live tournament winners. (Image: WSOP)

Despite having a “real” job, Albrinck has established himself as a force in the poker world. He has results dating back to 2008, and his latest win brought his lifetime earnings up to $1,000,267, making him poker’s latest millionaire. Although he remains officially on Hendon Mob’s all-time Ohio moneymakers at #22, this unofficially moves him up to #14, between Matthew Reed at $ 951,829 (currently listed as #14) and Emad Alabsi, currently at #13, with $ 1,166,972.

“It does take discipline,” Albrinck told WSOP officials after the win. “Sometimes you just have to pass on a few spots and really think things through. It does take some mental focus.”

At the final table, Albrinck had to contend with long-time chip leader Jason Rivkin. When heads-up play began, Rivkin held a 5-1 chip lead, but after three hours, Albrinck managed to flip that.

In the final hand of the tournament, Albrinck moved all in from the button with the 9♥7♥ and Rivkin called off from the big blind holding A♣K♣. Rivkin was ahead, but not after the flop came down 10♦9♦2♦, which paired Albrinck. The K♥ turn gave Rivkin back the lead, but he lost it again on the river when the 9♣ gave Albrinck trips and the win.

“You know, I started the day pretty short-stacked,” Albrinck said of his win. “So, it was maybe less expected especially because [Rivkin] had all the chips for a lot of the final table.”

What’s Next for the WSOP Circuit?

The 2016/2017 WSOP Circuit is already hosting another stop across the country. The Bicycle Casino event kicked off in Los Angeles on December 1, and will run through next Monday. The Circuit will then take a break for the remainder of the year, before returning January 11-23 at Choctaw Durant.