Arkansas poker pro Michael Lech is continuing his public attacks on the grey-market Winning Poker Network after he reported being banned by the network one week ago for as-yet-undisclosed reasons. Lech, the winner of one World Series of Poker bracelet and eight WSOP Circuit rings — in addition to other honors — disclosed the ban on May 10 while professing his innocence regarding the reasons for the action. 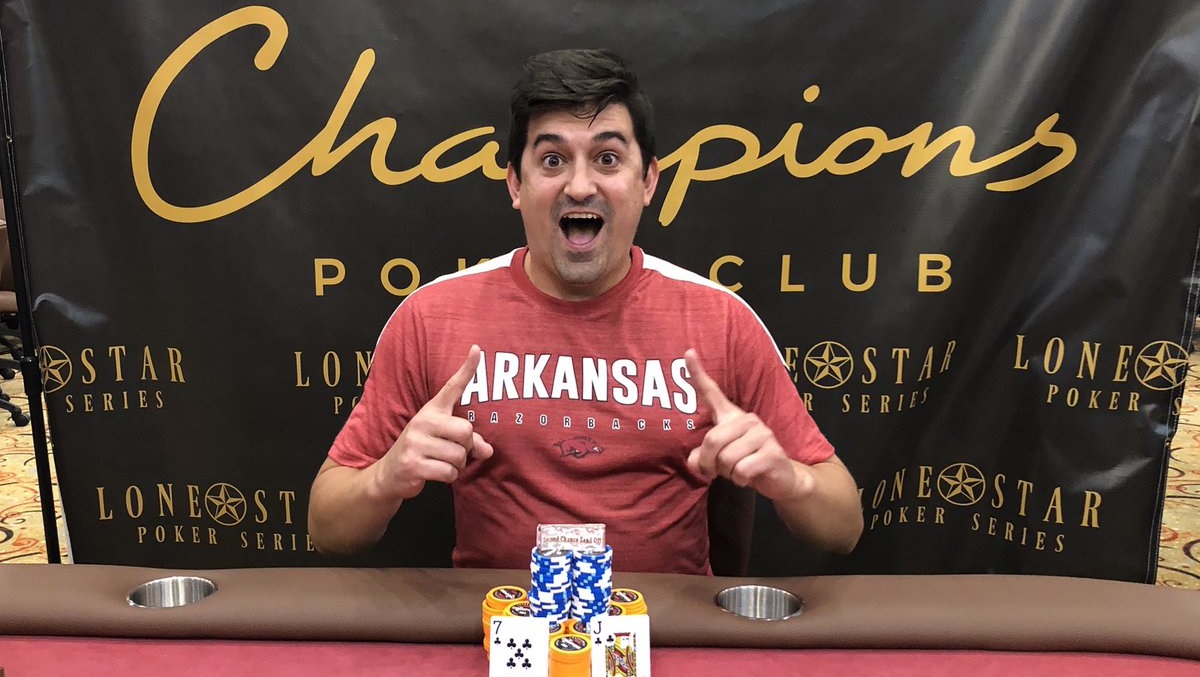 Eight-time WSOP Circuit ring winner Michael Lech claims he remains unaware of why he was banned by the Winning Poker Network one week ago. (Image: Twitter/miguel_fiesta)

In his initial post, Lech disclosed that three separate accounts — one each on the WPN’s America’s Cardroom, True Poker, and Blue Chip Poker skins — had been frozen. Lech’s Tweet of a WPN message he received disclosed the beginning of the situation:

I tried to play #venom yesterday and found that my ACR, TRUE, and BCP accounts have all been banned.

I have been a customer of WPN for almost 10 years and have never cheated.

Poker is my main source of income and I love playing the game. What’s up? @WPN_CEO @ACR_POKER pic.twitter.com/4zPDw3Z0y1

One of the comments to the initial post came from WPN CEO Phillip Nagy, who told Lech to take up the matter with WPN security:

We don't disclose this matters publicly. Please direct any issues with our security department to security. Ty

Nagy’s refusal to talk publicly about the reasons behind Lech’s banning is standard operating procedure for online poker sites and their executives.

Therefore, the only way the reasons behind such bans generally become public is for the banned player to disclose them him or herself. Lech, though, in a follow-up Tweet, today, stated that WPN security will not disclose to him the reasons for the ban:

I messaged your security team @WPN_CEO and they will not even tell me what I allegedly did to be banned.

The T&C states that players can be banned for no reason, so that’s fair. Good luck to all on there.

Love the sign off troll inviting me to next venom event @ACR_POKER😂👌 pic.twitter.com/VJjxTFl4H7

The veracity of Lech’s claim cannot be independently determined. However, Lech did not respond to two separate inquiries into the situation, despite his having made the matter public.

The lack of information on the reasons behind Lech’s WPN banning have led some of his friends and followers to launch accusations at his former girlfriend, Canadian poker pro Vanessa Kade. Comments mentioning Kade by name have been deleted from Lech’s @miguel_fiesta Twitter feed, but several “woman scorned” mentions remain there, on discussion forums, and even on at least one prominent poker-news podcast; none of those aspersions provide any evidence whatsoever of Kade’s alleged and purportedly vengeful involvement.

Kade’s fame has risen sharply in recent months following her March victory in PokerStars’ 15th Anniversary Sunday Million tourney, worth a $1.5 million payday, and her becoming a spokes-player for America’s Cardroom after she called out her former site, GGPoker, for supporting and sponsoring the wildly misogynistic behavior of poker-playing Instagram bad boy, Dan Bilzerian.

Kade denies responsibility for anything to do with Lech’s banning. Commenting directly to CardsChat News following Lech’s first Twitter post, Kade wrote, “This issue is between Michael Lech and ACR Security – I’m sure they’ve probably already seen it, but I’ve passed his posts on to that team.”

Lech also appeared to blind-reference Kade and possibly clear her of potential involvement in a Tweet made later on Sunday:

I will be clear, I do NOT think any one person or ambassador got me directly banned. I am simply asking for clarification from the company, which seemingly won’t happen, since they would never respond to me with answers via email.

The situation remains jumbled. Not only is Lech one of the more prominent pros to receive a site ban in recent years, he is held in generally high regard by his fellow pros, at least a couple of whom were among those offering comments supporting him or joining into the Kade-targeting aspersions.