The World Series of Poker International Circuit Rozvadov wrapped up this week at King’s Casino. It was there that one lucky player hit a two outer on the river to win the WSOPC Rozvadov for €220,000 ($271,585) and a seat into the 2018 WSOP Global Casino Championship. 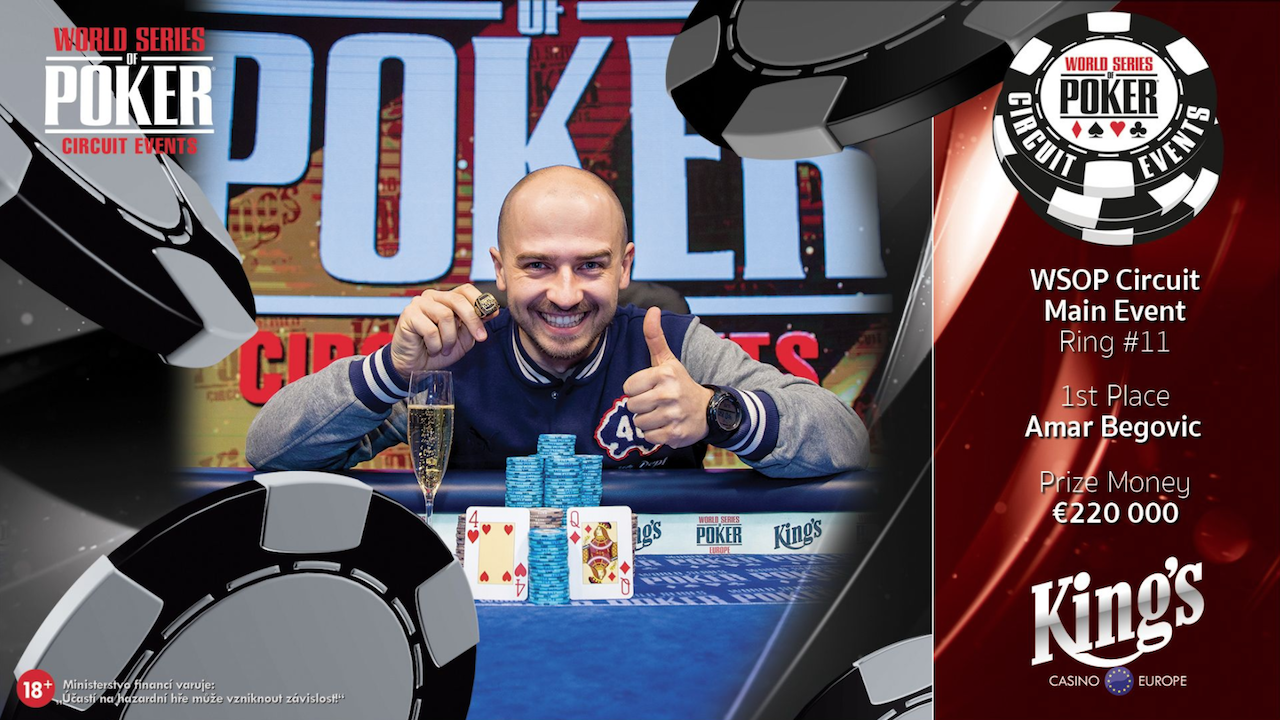 The WSOPC Rozvadov featured 14 gold ring events with the keystone tournament being the €1,650 Main Event, which drew 796 entries. After three days of play, the title came down to Bosnia & Herzegovina’s Amar Begovic and Israel’s Timur Margolin.

Margolin bet 2.15 million and then called off when Begovic check-raised all in. Margolin was primed to double into the chip lead, but Begovic managed to hit his two outer when the Q♣ spiked on the river.

However, there was a silver lining as Margolin was awarded a $16K package to the upcoming Partypoker LIVE MILLIONS Grand Final in Barcelona after finishing as the last qualifier standing.

The Main Event was the premiere event of the stop, but more than a dozen other tournaments were held. Things kicked off in early March when the Czech Republic’s Jan Cerny navigated a field of 914 entries to win the WSOPC Rozvadov €300 Opening Event – which had a €15,000 overlay – for €53,942 ($65,886). 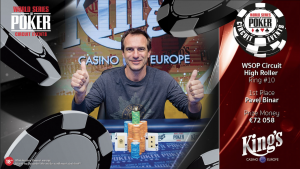 Finally, the €5,300 buy-in WSOPC Rozvadov High Roller attracted 28 players who rebought 13 times. Among those to compete but fail to cash were Vojtech Ruzicka, Oliver Heidel, and owner of King’s Casino Leon Tsoukernik.

Nguyen then check-called a bet of 50,000 on the 2♦3♥A♥ before betting 125,000 when the 6♥ turn gave him a flush. Binar just called with two pair and filled up on the 3♦ river. Nguyen moved all in and Binar snap-called to win the tournament.

Thanks to deep runs in both the Main Event and High Roller, Martin Kabrhel won the WSOPC Rozvadov leaderboard for a seat in the 2018 Global Casino Championship.

The WSOPC International Circuit continues now through March 25 at the Casino Barriere in Cannes, France. The season will then wrap up May 13-29 at Russia’s Sochi Casino.

This is not the brother of footballer Bournemouth Asmir Begovich ??)))