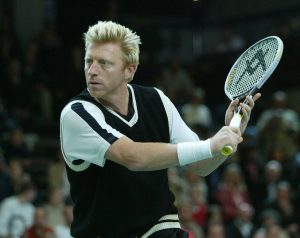 Boris Becker is known for his long and respected career as a professional tennis player, but the poker world is also aware of his penchant for the game of poker. He became a Team SportStar-sponsored player with PokerStars in 2007 and continued to play live and online tournaments to represent the brand until 2013. He then signed on as an ambassador for online betting company YouWin.com in Germany and the UK.

Last week, the Global Poker Index (GPI) announced that Becker will be the newest voice of the professional poker ranking system, in order to promote the game and the GPI’s representation in it. He will also serve as the Honorary President of the 2014 Global Poker Index European Poker Awards, which he will host in January 2015.

The press release announcing Becker as the “newest voice of support” for the GPI noted that Becker gives his full support to the GPI and will promote it by pushing the “game-changing ranking system into the public limelight” and bridge poker with the world of sports in new ways.

Becker noted, “There are a lot of similarities between tennis and poker. Tennis rankings have been instrumental in turning tennis players into superstars recognized the world over. I hope to be able to help do the same for poker and poker players.”

GPI CEO Alexandre Dreyfus discussed his excitement to work with Becker, noting his involvement in poker for several years and his recognition as a legendary athlete.

“The fact that he is ready and willing to work with us in growing the game and promoting the players makes me very proud to have our organization associated with such a legend,” he said.

Many poker players around the world support the work of the GPI, which ranks poker players on a global basis through a transparent ranking system. Dreyfus’ Zokay Entertainment purchased the company in 2012, and then acquired the Hendon Mob database less than one year later. Every poker player entering a tournament that meets the GPI specifications is combined with an aging factor to be ranked in the system, which is now linked to the new database, and includes a fantasy poker aspect as well.

Rankings are done on a global basis, though each country also has its own rankings. The top-rated European players are honored in the annual GPI European Poker Awards to recognize everything from lifetime achievements to poker personality and highest ranked players.

The GPI has also increased the scope of its influence in poker by partnering with several live tournament poker tours, such as the DeepStacks Poker Tour, and organizations like CardPlayer Latin America.

Rankings are also consistently updated and examined in order to best rank and represent the poker player community around the world. The most recent changes were revealed in January 2014 to include players in all buy-ins, reduce the field size cap to 2,700 players, and adjust the baseline buy-in to $1,000.