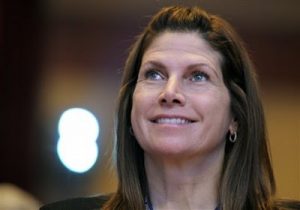 The battle to ban or not to ban online gambling has heated up in recent weeks. First, Las Vegas Sands CEO Sheldon Adelson took the fight to a new level with a strong lobbying effort and his attempted recruitment of state attorneys general to sign on to a Congressional letter to strengthen the Wire Act and ban online gambling in the entire United States.

Second, MGM Resorts backed the launch of a lobbying group called the Coalition for Consumer and Online Protection (C4COP) with support from organizations like the American Gaming Association and Poker Players Alliance. The goal is to counter Adelson’s efforts and urge Congress to refuse to ban Internet gaming, citing all of the negative effects of such a prohibition-type effort.

Others are now adding their political voices to the mix. Last week, former Republican California Congresswoman Mary Bono joined C4COP. And on the other side of the virtual coin, Louisiana Governor Bobby Jindal penned an op-ed to show his full support of Adelson’s efforts.

Bono: “Ban Simply Would Not Work”

“Congress can neither legislate the Internet away, nor consumer demand for online products,” Bono said. “I am proud to be a part of the Coalition for Consumer and Online Protection to make sure that people know the risks behind implementing such a ban.”

As for Bono, she is quite familiar with the debate over online gambling, as she hailed from California, counted tribal members among her constituents, and knew the importance of tribal gaming to them. She appeared at a 2012 hearing in the Senate Committee on Indian Affairs to listen to testimony from both sides of the gaming aisle. Soon after, she and Hawaiian Democratic Senator Daniel Akaka penned an opinion piece for “The Hill” to reiterate their concern for tribal voices to be heard in the debate.

“Out of fundamental fairness, we must make sure that the unique circumstances surrounding tribal gaming and tribal sovereignty are ultimately respected in any future legislation,” the piece read.

With those concerns still in mind, she decided it necessary to fight an all-out ban on Internet gaming, acknowledging the importance of regulation in the matter.

The office of Governor Bobby Jindal, Republican of Louisiana, penned an op-ed that appeared in the “Daily Report” on Valentine’s Day.  In “Internet gambling is a bad bet for American middle class,” he purported that Democrats and Republicans alike can have a constructive dialogue on Internet gambling.

The article states that his promise to refrain from expanding gambling in Louisiana remains strong, as “putting a casino in the pocket of practically every American will exploit society’s most vulnerable, threatening to saddle the poor and disadvantaged with spiraling debt.” Jindal goes further to say that Internet gambling “opens the doors to criminal organizations” and is “often used for fraud and money laundering.”

While he never names Adelson or his lobbying group, Jindal does state clearly: “I will do everything I can to stop Internet gambling from spreading to Louisiana.”

Online poker’s John Mehaffey correctly pointed out in a US Poker article  that the state of Louisiana offers a lottery, which is a game of chance and available at retailers throughout the state. Video poker is also available to residents in 31 of the 64 parishes in places like bars, gas stations, and restaurants. Mehaffey also wrote that Jindal vetoed at least three laws that would have made the games fairer or remove them altogether.

I saw this and thought ” Wow, U2 are campaigning for poker legalization…..”