The World Poker Tour released the schedule for its season-ending Tournament of Champions, and for the first time, Aria Resort and Casino in Las Vegas will play host. This annual tournament follows the inaugural WPT Bobby Baldwin Classic, also at Aria, for two weeks of high-stakes action prior to the start of the 2018 World Series of Poker. 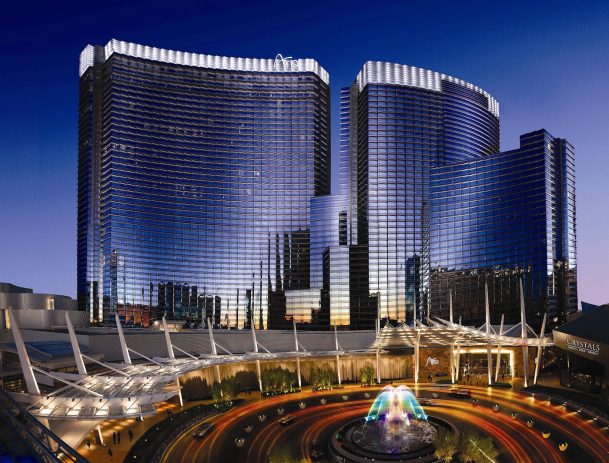 The 2018 WPT Tournament of Champions is moving to the Aria casino resort in Las Vegas. (Image: newyorkcitypokertour.com)

The Bobby Baldwin tournament runs May 20-23. The Tournament of Champions follows, May 24-26.

The Tournament of Champions, previously the WPT World Championship prior to Season XIV, will conclude Season XVI, and is only open to past and present Main Tour winners. Current season champions are automatically entered, and previous winners must pay the $15,000 buy-in.

Seminole Hard Rock Hotel and Casino in Hollywood, Florida, has hosted the event the past two years.

In a somewhat unusual move, the Tournament of Champions will finish away from the Aria, with the final table moving a mile down the street to the Luxor, a casino that closed down its poker room last year to make space for a new Esports Arena, scheduled to open March 22.

Aria is becoming the unofficial home for high-stakes poker in the US. The Las Vegas Strip casino already hosts a monthly high-roller series, the Poker Masters, Super High Roller Bowl, “Poker After Dark,” the upcoming U.S. Poker Open, and features “Ivey Room,” a cozy room within the casino’s main card room where some of the highest stakes cash games in the world are played.

Aria is an MGM Resorts property that opened in 2009 and sits smack dab in the center of the Strip, walking distance to other popular poker rooms such as Bellagio and Caesars Palace.

From Poker Pro to Casino Exec

The inaugural $10,000 WPT Bobby Baldwin Classic represents the final opportunity for players to earn a Tournament of Champions entry.

Baldwin has been a regular in Ivey Room and in other high-stakes cash games and tournaments around Las Vegas. He’s one of the legendary poker grinders, along with players such as Doyle Brunson, Johnny Chan, and Amarillo Slim, who dominated the game long before the 2000s poker boom.

The former world champion and four-time WSOP bracelet winner was inducted into the Poker Hall of Fame in 2003.