Bitcoin Catapults Over $1,000 Mark at Start of 2017 for First Time in Three Years

The future could be very shiny for Bitcoin. The web-based currency traded on Monday at more than $1,000 for the first time in three years, increasing more than 100 percent from its early 2016 price. 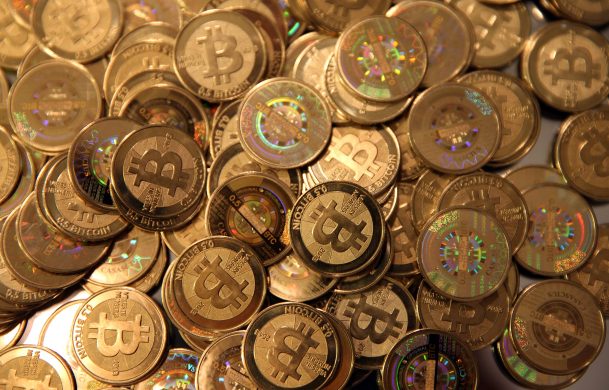 Bitcoin’s popularity and price are on the rise as the web-based currency has seen its price go over $1,000 for the first time in three years. (Image: George Frey/Bloomberg)

Soon after, the value plummeted to less than $400, after a hack on the Tokyo-based Mt. Gox exchange was revealed. In recent years however, it has become a more stable commodity.

Now some experts are very bullish on the cyber currency, predicting it could reach anywhere from $1,400 to $3,000 in the coming months.

Bitcoin is most utilized in China, and with the devaluation of the Yuan over the last 12 months, its use could continue to increase.

Countries  like India, that manipulate their own cash, have also made an alternative money source more desirable and reliable. Because the Bitcoin system hasn’t been regulated by a central bank, it’s avoided government control, although recently the IRS in the US has made moves to tackle that hidden dragon.

Turmoil in the world has also helped move Bitcoin’s value up the food chain. Countries like Venezuela that are undergoing economic crises, which could negatively influence their monetary structures, are likely to look more favorably now towards crypto-currencies.

Politics may also be playing into Bitcoin’s recent price increases. Uncertainty over Britain and Europe’s financial future are still causing concern from last year’s Brexit referendum. And while the US stock market has seen near-record highs in anticipation of President-elect Donald Trump’s takeover of the White House on January 20, he will have to start deregulating strangled businesses quickly once he takes office to keep global financial angst at bay.

The digital legal tender was created in 2008 and uses a decentralized peer-to-peer payment network that is powered by its users with no central authority. And while Bitcoin began as more of a novelty, it’s grown in popularity in the nine years since.

Even some brick-and-mortar casinos are warming to the alternative money source. In Las Vegas, The D Casino Hotel and the Golden Gate Hotel & Casino started accepting Bitcoin in January 2014, although only for hotel stays, gift shops, and restaurants.

China Leads in Bitcoin Adoption – true
But in the poker networks world, its the European and the ones from Costa Rica now accepting deposits in Bitcoin