The final day of the Partypoker Live Millions North America Main Event started with just six players, but it still took 14 hours for Francois Billard to claim the title and the top prize of C$961,400 ($715,000). 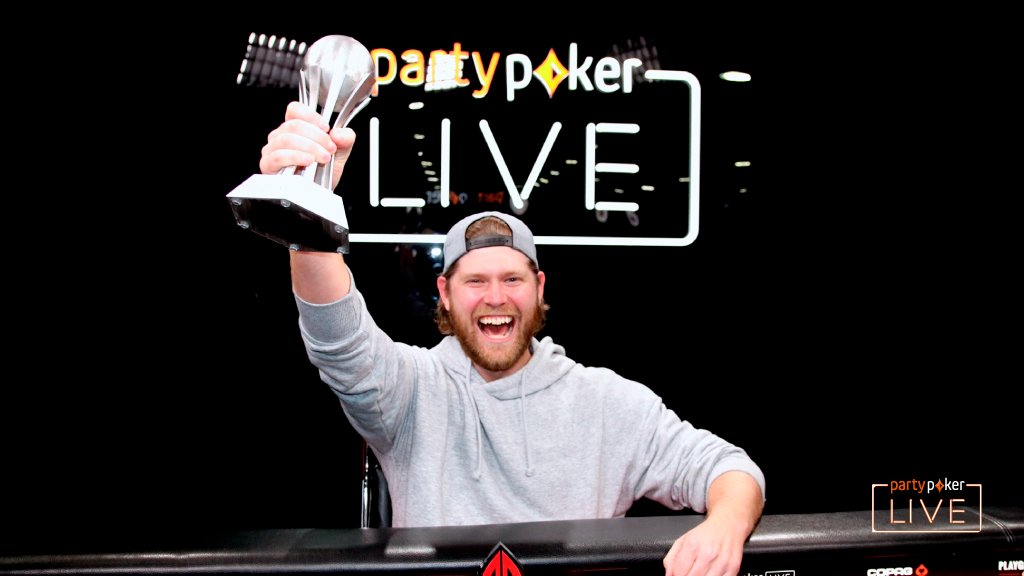 Billard’s prize was in part the result of a three-way deal, after which he eliminated Kevin Rabichow and Joni Jouhkimainen to win the tournament.

The C$10,300 ($7,660) buy-in event at the Playground Poker Club in Kahnawake, Quebec drew 521 entries in total. By the final day of play, the final table was already underway, with six players returning to battle it out until a winner could be determined on Monday.

From the beginning, it seemed likely that the remaining players were in for a long day. There were deep stacks around the table, and 90 minute levels meant there would be little pressure on the larger stacks for at least the first few hours of play.

The one player who did need to make a move early was Canada’s Danick Landriault, who was eliminated quickly by Rabichow while looking to double up. But with the shortest stack out, five-handed play would last for over six hours.

The stalemate was eventually broken when Rabichow doubled up through Paul Fontan, leaving the Spaniard with just a few big blinds. Fontan would be eliminated two hands later when his Q♥7♥ couldn’t hold up against Billard’s J♣4♣.

While the other three players chipped up, Alexandros Kolonias couldn’t find any momentum. Finally, down to about 11 big blinds, Kolonias found himself in a pot against Rabichow. Both players made two pair by the river, but Rabichow had the better of it, sending Kolonias to the rail.

A few hands into three-handed play, Billard had extended his lead to the point where he had well more than half the chips in play. After a dinner break, the three players agreed to a deal that split most of the remaining money, though the players were required to leave C$212,370 ($158,000) in play for the winner.

It still took over four hours before a winner would be determined. Jouhkimainen went out when he moved all-in preflop with Q♣6♣, only to run into the A♦J♣ of Billard. That left the Canadian with about a 5-2 chip lead over Rabichow, but it took nearly 40 hands before the final elimination occurred.

Rabichow thought over the situation before calling with top pair and a straight draw, while Billard revealed two pair. When the 6♦ hit the river, Rabichow was eliminated and Billard had the biggest score of his tournament career.

Billard credited the win to his aggressive play throughout the final table, which kept him in control for most of the day.

“Maybe I pushed the action a little too much at times, so I don’t know if it was the right strategy, but it worked out in the end,” Billard told PokerNews.