Winning Session Puts Perkins Back on Track in Heads-Up Challenge

Bill Perkins still trails by a small margin in a heads-up poker challenge against Landon Tice. But after Friday’s quick but winning session, he’s technically ahead in the match. 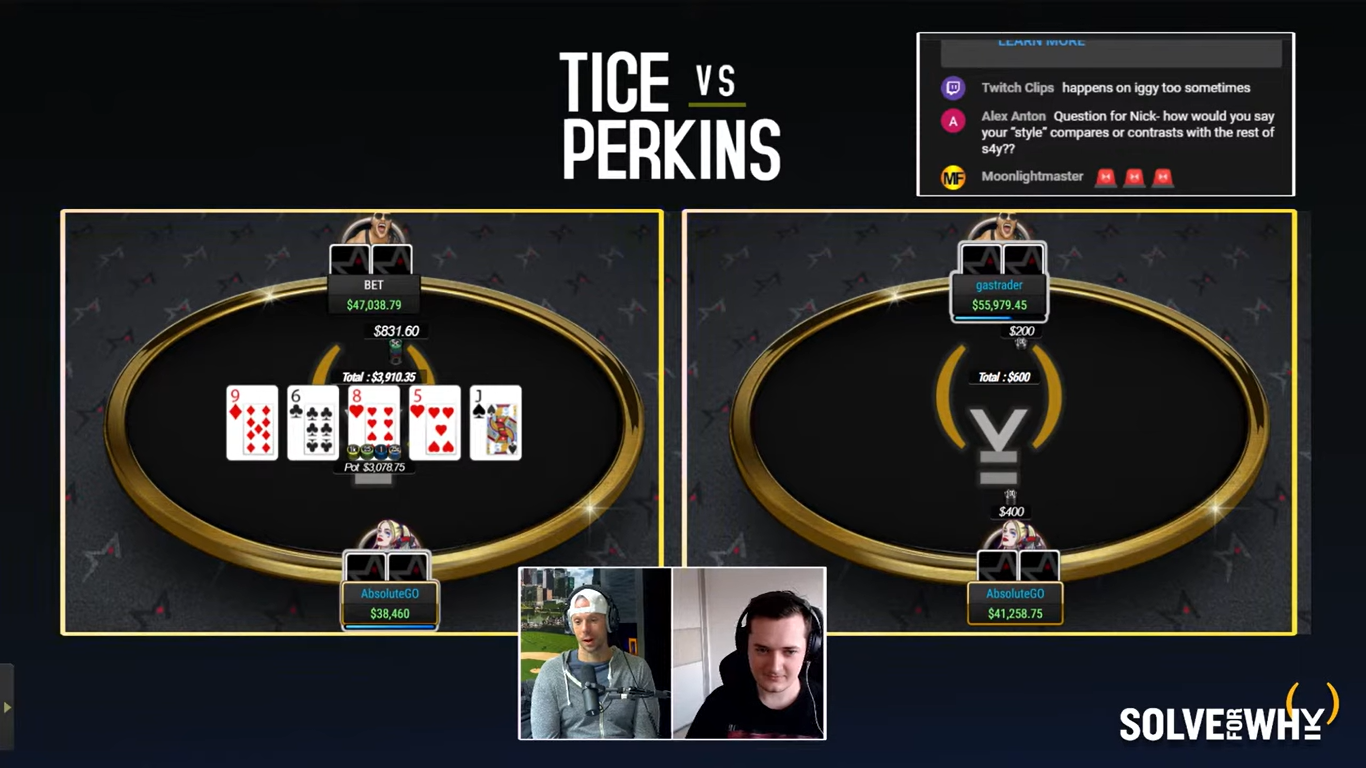 Bill Perkins and Landon Tice were back at it on Friday morning. (Image: YouTube)

The poker players played for just under 90 minutes on the Americas Cardroom poker site, the sixth session. But they completed 362 hands playing just two tables. Hands went quickly as the pace of play was rapid from start to finish.

There were two huge pots of note during the short session, each player winning one pot. In the first huge hand, on a board of 6-3-4-Q-9 (no flush possibility), Perkins took one on the chin with pocket kings. The board was fairly dry considering the four-bet pre-flop action. But after jamming for just over $18,500 on the river, the hedge fund manager found out the bad news when his opponent showed a set of three’s, and took down a $99,000 pot, one of the biggest hands thus far in the challenge.

That hand nearly evened things up on the Day 6 session, but the good fortune didn’t last for the 21-year-old poker pro. Shortly after, both players decided to move all-in and race pre-flop with Tice holding A-K and Perkins pocket queens. With $85,000 in the middle, the players watched the five crucial community cards come out, and they were favorable to Perkins (9-9-8-J-5), improving neither player’s hand.

Better Step on the Gas

Tice is going to be in trouble if the current trend keeps up for long. Although they’ve only finished about 12% of the challenge, and the young poker pro leads, he’ll need to pick up the pace quickly. Perkins negotiated some favorable terms prior to the start of the match.

Despite the less than desirable start to the lengthy heads-up no-limit hold’em competition, it’s still far too early to anoint Perkins the winner. At these stakes, the match can turn around quickly the other way and Tice could get back on pace to win within a session or two if the cards break his way.