Bill Klein showed up for the Fourth of July Day 1C session of the $5,000 WPT Venetian tournament appropriately dressed for the holiday, decked out from head to toe in red, white, and blue. Then, the wealthy businessman set off some fireworks on one of the final hands of the day, winning a pot that shot him up near the top of the leaderboard. 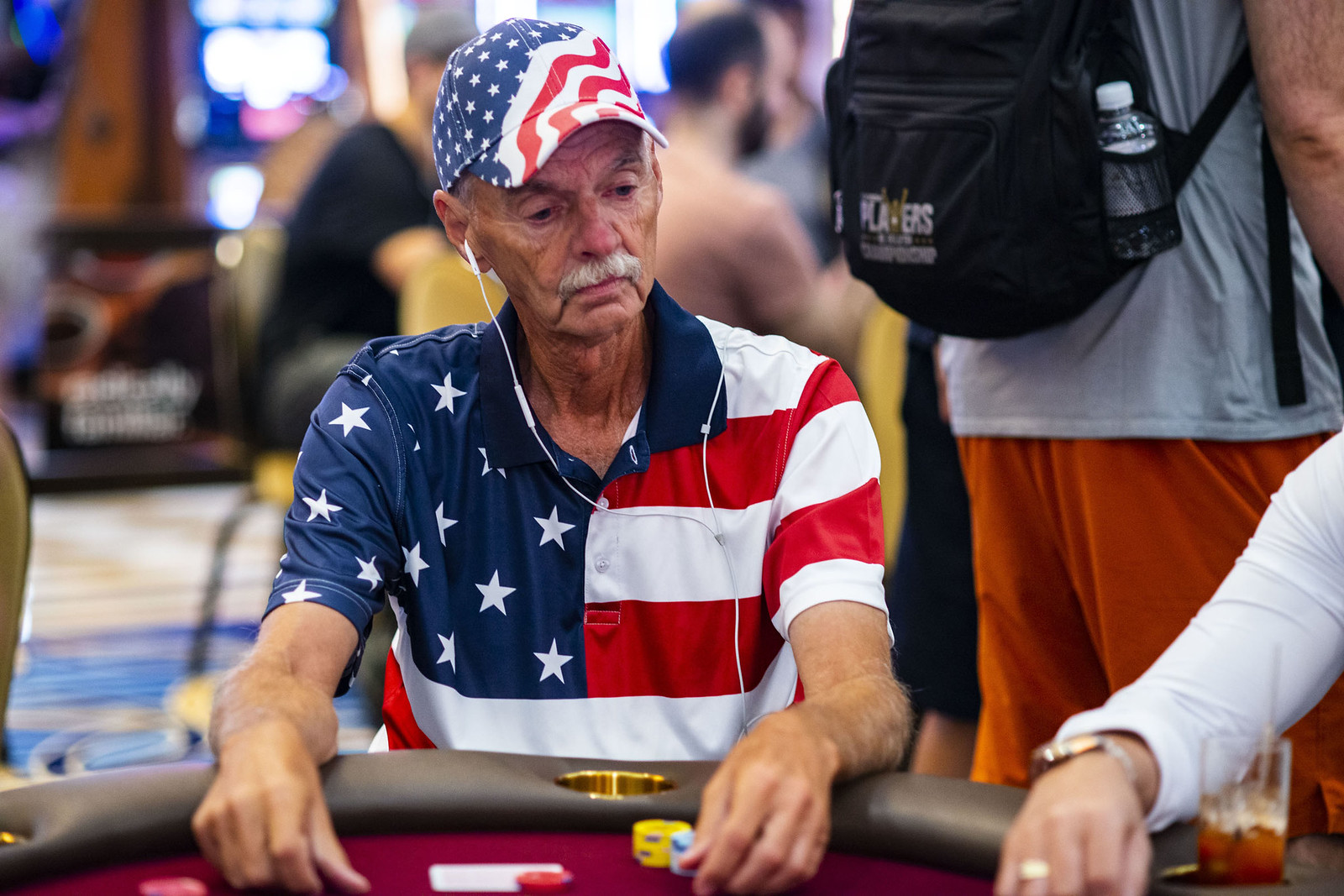 Sunday’s 11-hour session saw 485 players signed up by the time registration closed at 9 pm. That brought the field up to just one shy of 1,200 entries, creating a prize pool of $5,545,375, far surpassing the $3 million guarantee.

Jimmy D’Ambrosio finished the day with the biggest stack of the session — 568,500. He’s also the overall leader, beating out fellow Day 1C competitor Sergii Baranov (542,000), and political polling expert Nate Silver (434,500), who bagged the chip lead on Day 1B.

Klein on the right end of a cooler

Klein, who donates his poker winnings to charity, couldn’t quite catch up to D’Ambrosio. But he’s in fantastic shape heading into Monday’s Day 2, thanks in large part to a fortunate river card in one of the final hands of the day.

Klein, holding Q-J of spades, hit a flush on the river with the board reading 6-A-9-3-4. With around 70,000 in the pot, he checked the river over to the big-stacked Ezequiel Waigel, who had a smaller flush (8-6). Wright fired out 57,000 and the patriotic amateur poker player opted for the conservative play — a call. He picked up a huge pot, which catapulted him up to 312,000, making the businessman among the largest stacks.

Despite the tough cooler, Waigel still finished with 428,000 chips, the third-best stack of the day behind D’Ambrosio and Baranov. But it certainly could have been much worse had Klein gone for the check-raise instead of a call.

All 347 remaining players, including the 150 who advanced from Day 1C, will return to the Las Vegas Strip resort at 11 am PT Monday morning for Day 2. The money bubble — the 151st place finisher — may burst before play wraps up. The WPT Venetian tournament is scheduled to conclude Wednesday, with the eventual champion taking home $910,370.