Big Winners of the Week (May 9-15): Phua Wins First Triton Title, Bekavac is Back for Number Four, and Del Pino Wins on Home Soil

Another week of big winners has been wrapped up and, in this recap, there are some popular and some not-so-popular figures celebrating sizable scores. Leading the way with his first Triton title is the organization’s co-founder and well-known high-stakes player, Paul Phua. Also in the mix, and breaking records, is the controversial Daniel Bekavac. Joining those two in this week’s list of big winners is Spanish sensation Omar Del Pino, Victoria Livschitz, and more rising stars from the US and Europe. To see how these players rose to the top, here are CardsChat’s Big Winners of the Week ending May 15. 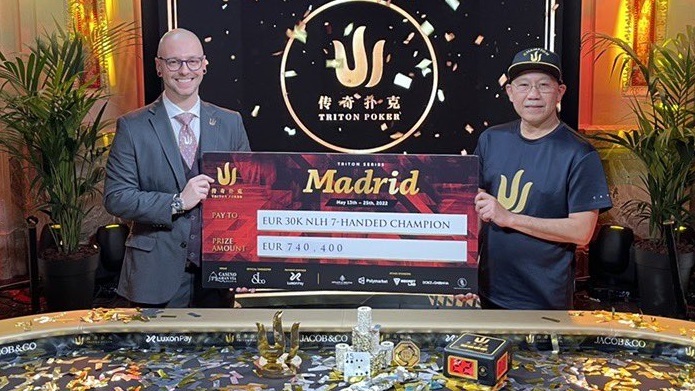 A two-hour bubble might have left the final seven with little more than 15 big blinds each, but that didn’t mean Phua had an easy ride on Sunday’s final table. The Triton co-founder was up against some of the world’s best in the €30,000 ($31,300) event, including Phil Ivey and Erik Seidel. With ICM considerations paramount, no one wanted to make a mistake. But, when the final chips fell, only Phua remained. His victory over a field of 93 entrants earned him just short of $800,000 but, more importantly, it was his first Triton Poker Series title. 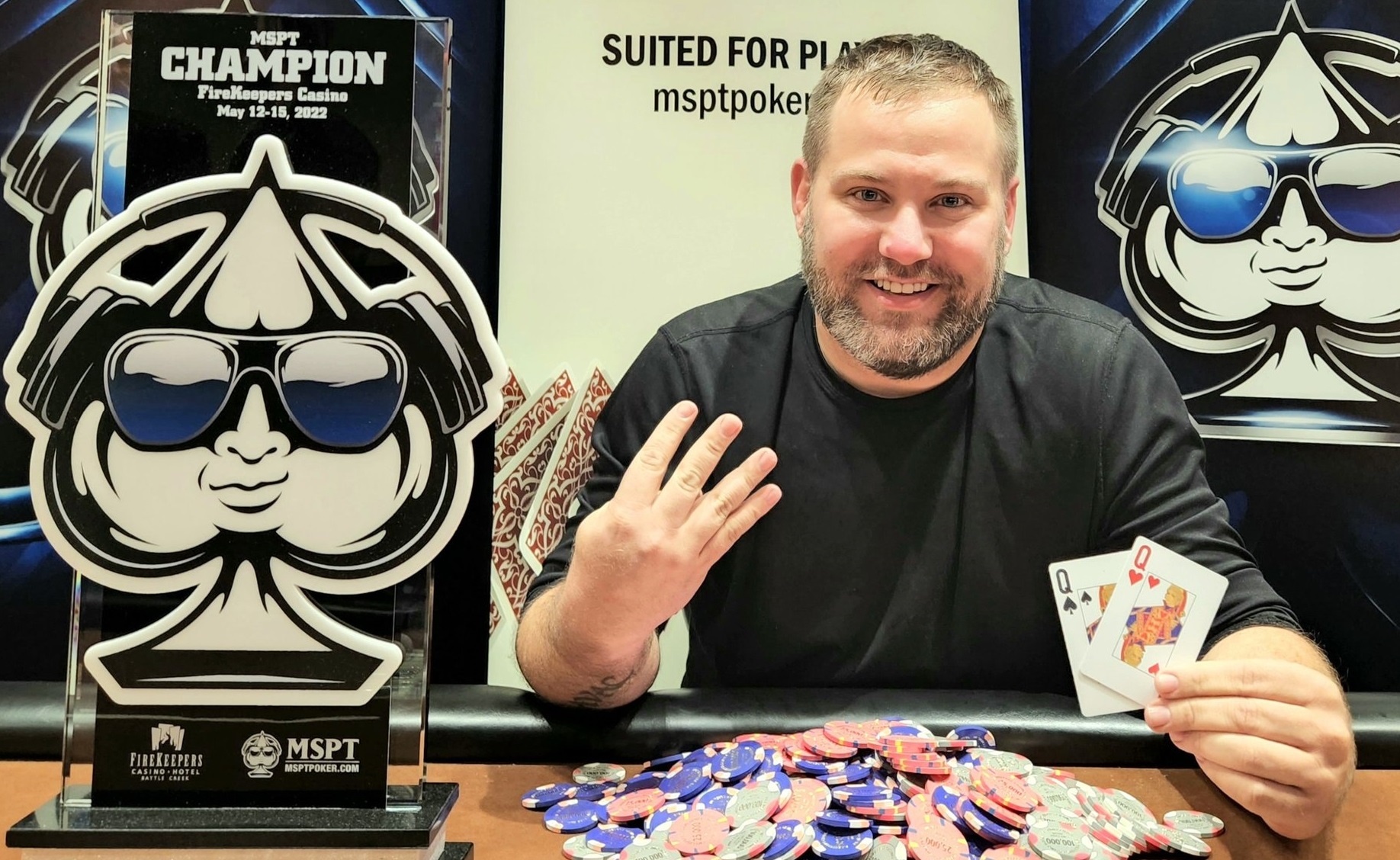 
Bekavac made headlines for all the wrong reasons in 2020 when his attempt to pay tournament players with precious metals backfired. Although some people feel his handling of the situation was far from satisfactory, Bekavac remains active on the circuit as a player. In that capacity, he’s made the headlines for the right reasons, and he did so again on Sunday in Battle Creek, Michigan. Bekavac topped a field of 2,330 runners (the biggest ever MSPT event) in the $1,100 main event to win a record-setting fourth MSPT title. 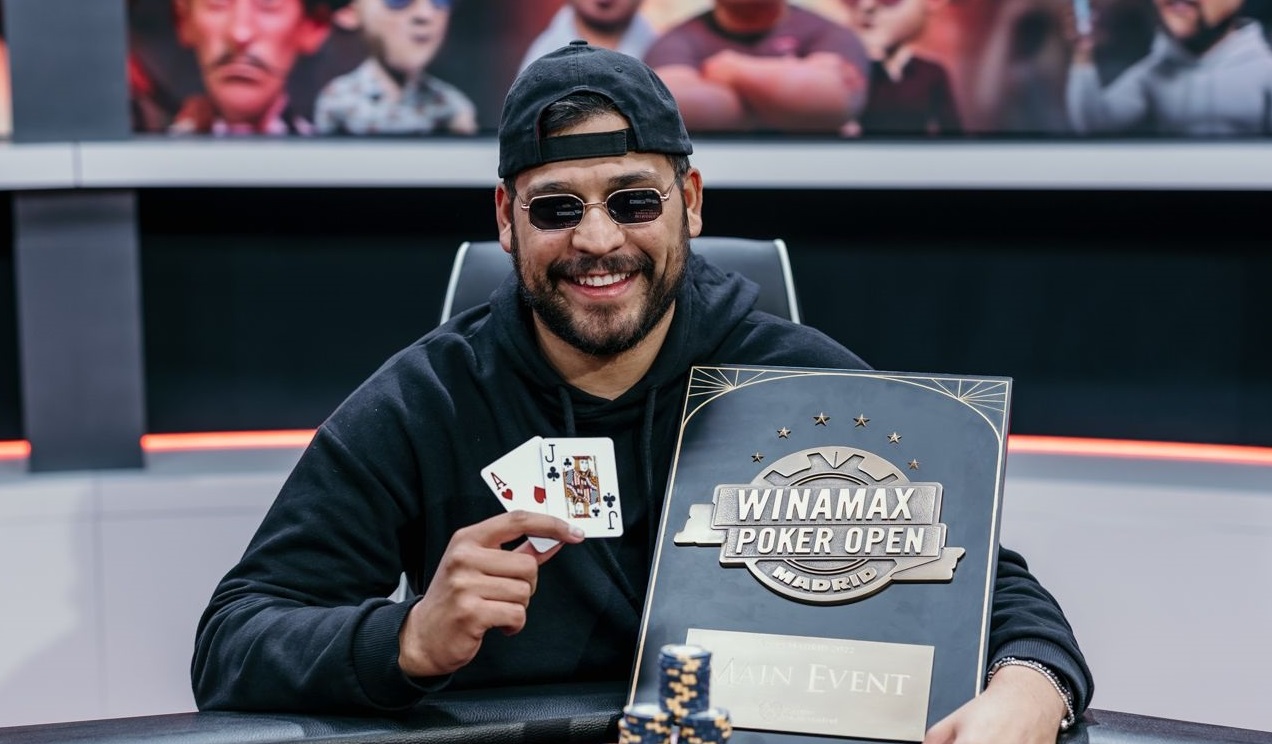 Del Pino is no stranger to success in his home country. The Spanish poker player won the PokerStars Festival Marbella main event in 2018 and, on Sunday, he added another outright win to his resume. Although the prize money was less than he won in 2018, the accomplishment is no less impressive. Del Pino had to beat a field of 2,182 entrants in the €500 ($610) six-max event. That’s the biggest Winamax Poker Open to date and, more importantly, the biggest live six-max tournament in history. Topping a record-breaking field means Del Pino goes into the history books and takes home his second-largest payout to date. 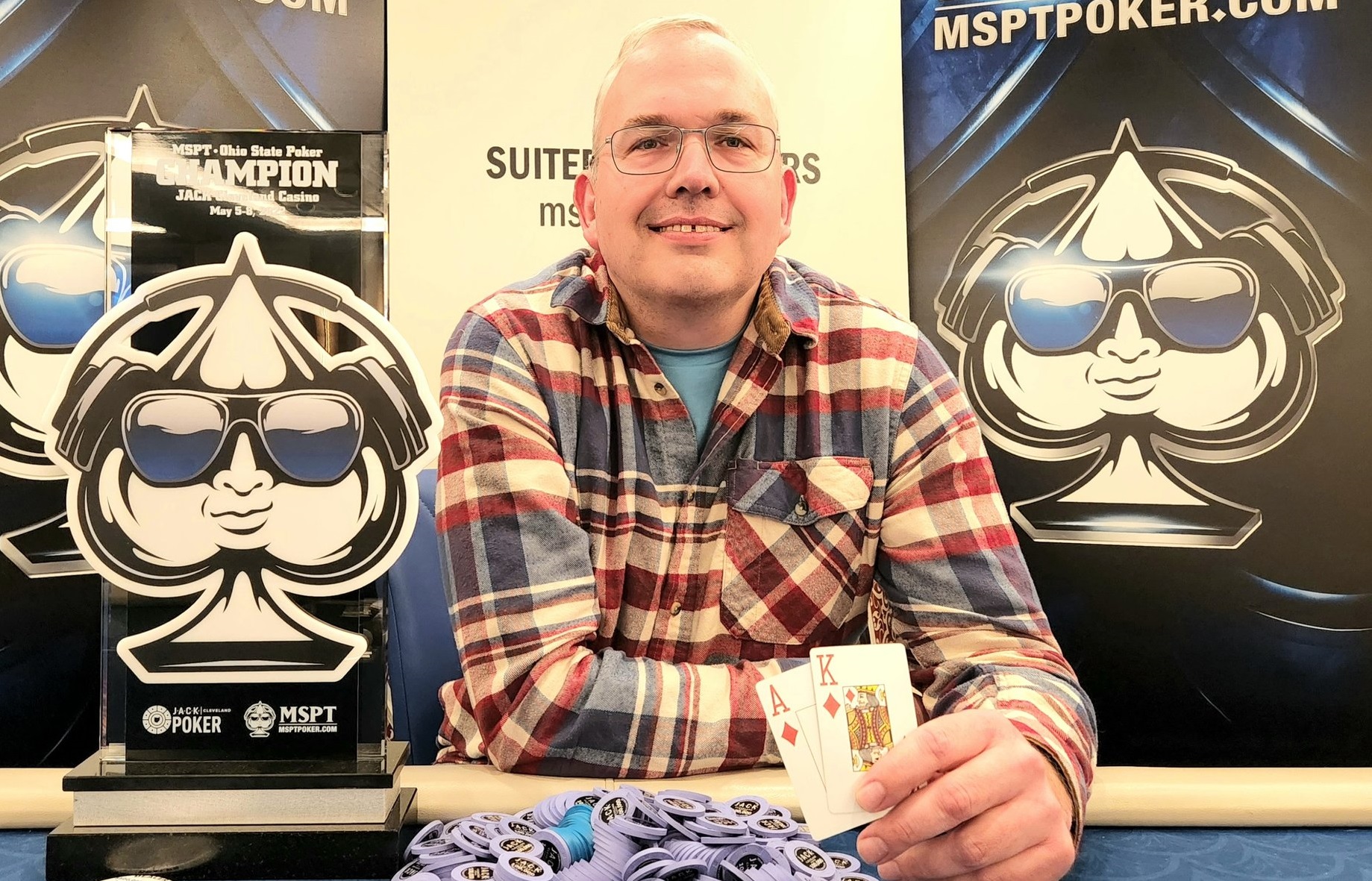 Never give up. That’s Dennehey’s advice to anyone who wants to climb atop the winner’s podium on the MSPT, or on any other poker tour. The recreational player has been enjoying poker for over 20 years, but only switched his attention to live tournaments in the past three. That switch paid off on May 9 when he won his first MSPT title at Cleveland’s recently rebranded JACK Poker room. The $1,100 tournament attracted 990 players, which is the biggest field to play a tournament in Ohio. That allowed Dennehey to bank a memorable payday after cutting a deal with Dustin Mcelhaney. 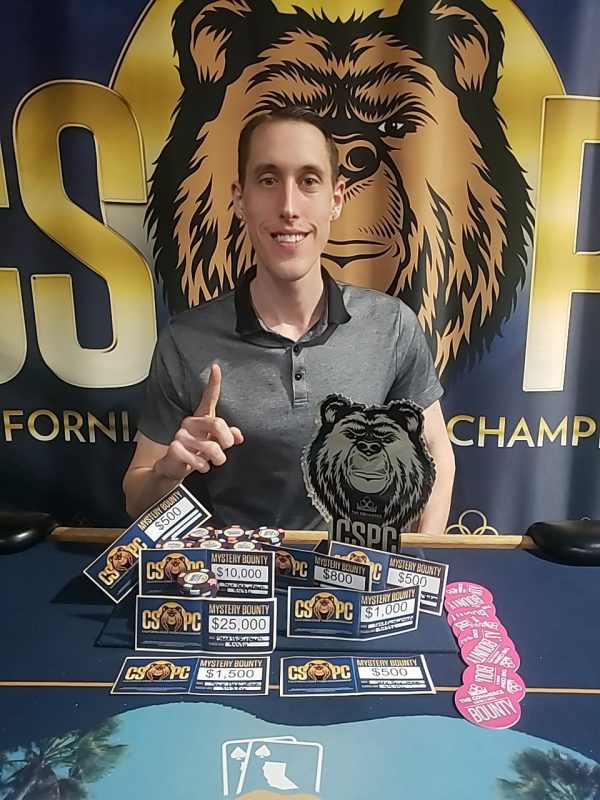 It was Mystery Bounty season on Sunday at the Cal State Poker Championship at the Commerce Casino. It was the first multi-day mystery bounty event ever held in Southern California, and in the end, Sean Peckinpaugh finished on top of the 679 player field. He took home $33,365 after a four-way chop, but the lion’s share of his winnings came from the $39,800 in bounties he collected. This includes one bounty of $10,000, and the biggest bounty prize of the event, $25,000. All in all, Peckinpaugh took home nearly $75,000 for his efforts. 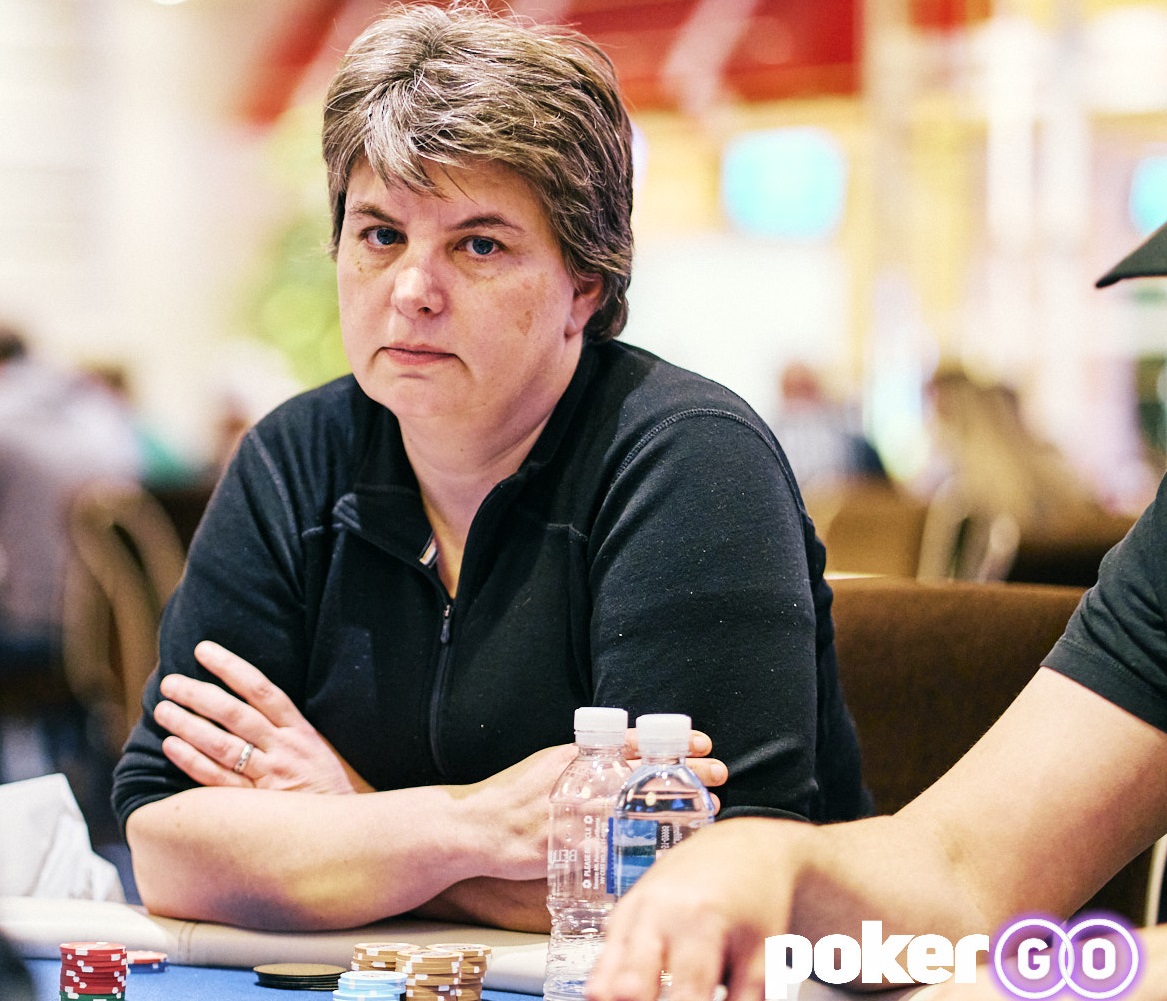 Businesswoman and poker player Livschitz won her first high roller last week. Although the Venetian’s $15K tournament only attracted four entrants, winning was no easy task. Indeed, with only the winner taking home a prize, Livschitz couldn’t afford to make many mistakes. Fortunately, the founder of Grid Dynamics, a company specializing in digital solutions for Fortune 500 corporations, got the job done. The five-figure prize was enough to take her poker earnings over the $160K mark. 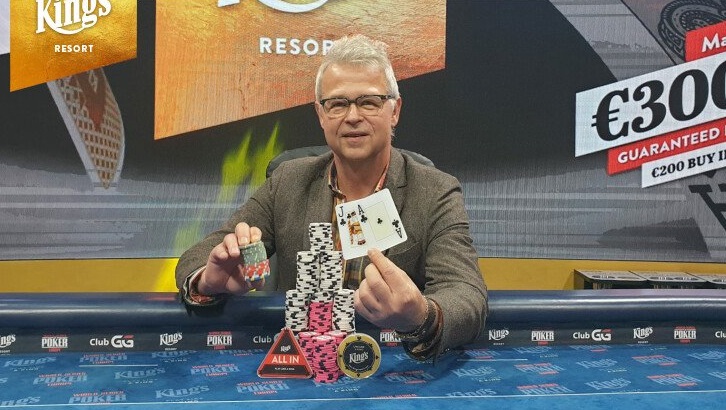 When you go by just one name, you should stand out among the competition. That’s exactly what Germany’s Kirosch did in a field of 1,093 entrants last Tuesday. The German poker player was among those who paid €230 ($240) to play for the lion’s share of a €300,000 ($313,000) prize pool in Rozvadov, Czech Republic. The final showdown between Kirosch and Andreas Eller lasted less than 30 minutes. With Kirosch pressing home his advantage at every opportunity, he eventually claimed the top prize and a free seat in the 2022 WSOPE Main Event. 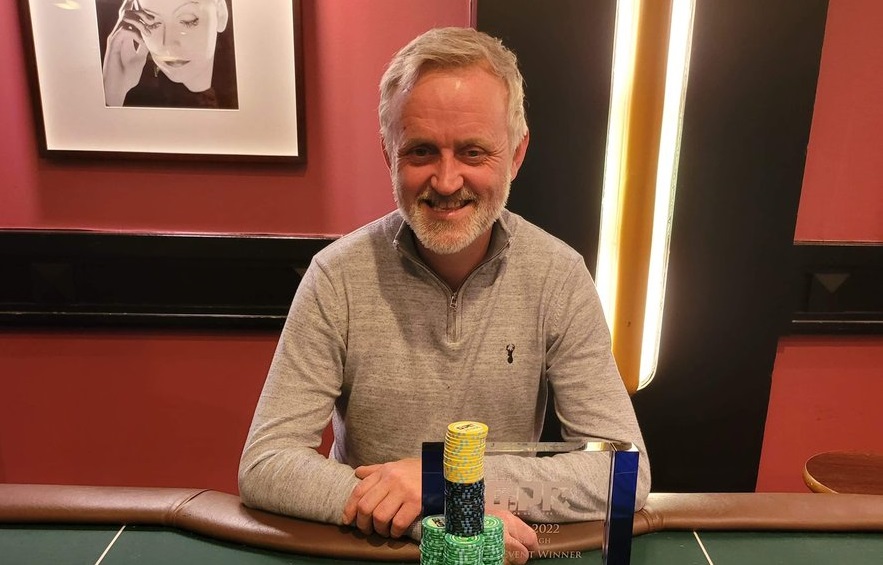 Green picked up his second GUKPT title on Wednesday after winning the latest £250 ($310) Mini Main Event in Edinburgh. The Scottish poker player is a regular in his local casino and won the £550 ($675) main event there in 2017. He’s continued cashing there ever since and, after topping a field of 423 players last week, he added another trophy to his collection, as well as his biggest payday to date.