The WSOP might be in full swing, but that doesn’t mean tournament poker elsewhere in the world has stopped. In fact, this week’s Big Winners features standout performers from Europe, the US, and online. Of course, we can’t ignore what’s happening in Las Vegas, which is why we’ve also picked out some early WSOP champions. So, to see who won what in the tournament world over the last seven days, scroll down for CardsChat’s Big Winners of the Week ending June 5. 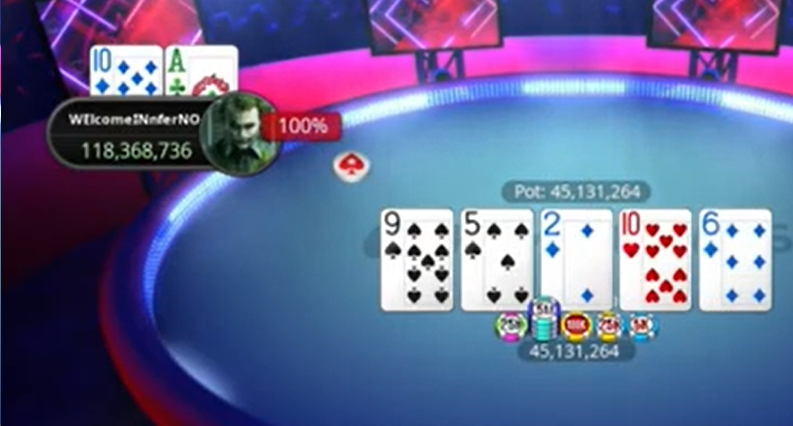 WElcomeINnferNO might want to keep his real name out of the spotlight, but we couldn’t ignore his victory in the $10,300 SCOOP main event. In his own words, the cash game pro ran “like god” on Wednesday’s final table. Speaking on PokerStars’ podcast, WElcomeINnferNO explained how almost every major pot went his way. With the chip lead on his side, he eliminated four players within 30 minutes. From there, it took just over 1.5 hours more complete his blitz of the final table and claim his first SCOOP title. 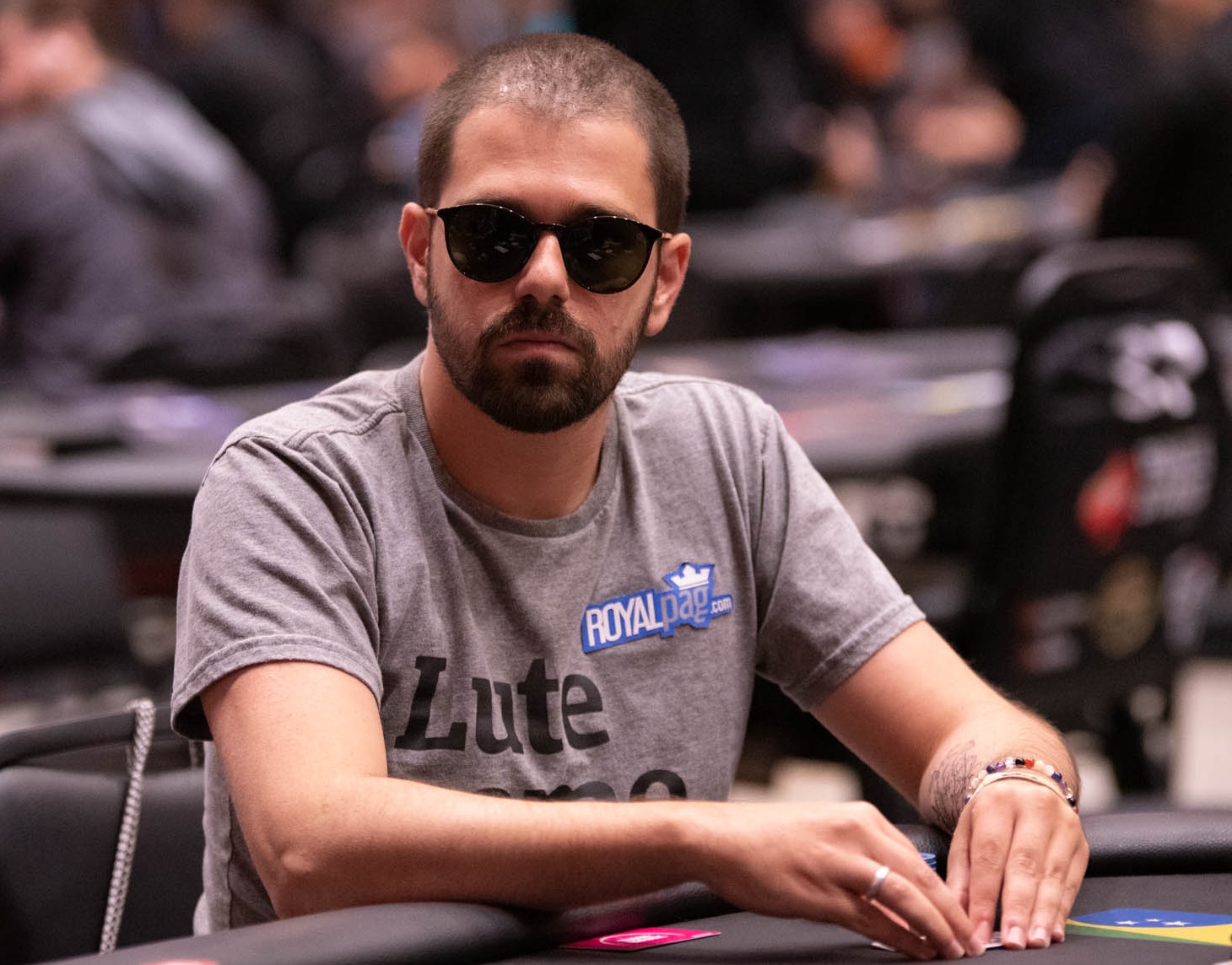 Partypoker ambassador Partrick Leonard might have held the chip lead going into Tuesday’s final table, but Brazil’s Boianovsky clearly hadn’t read the script. The Run It Once Coach wasn’t going to let Leonard claim another high-profile win in the inaugural Millions Online KO event, even if he did start the finale with the shortest stack. A total of 1,249 players entered the $1,050 MTT, and Leonard was the favorite at the start of play. However, Boianovsky soon changed that. After chipping up and taking out Patrick Hyllegaard, he went on a tear to scoop his first Millions title and a six-figure score. 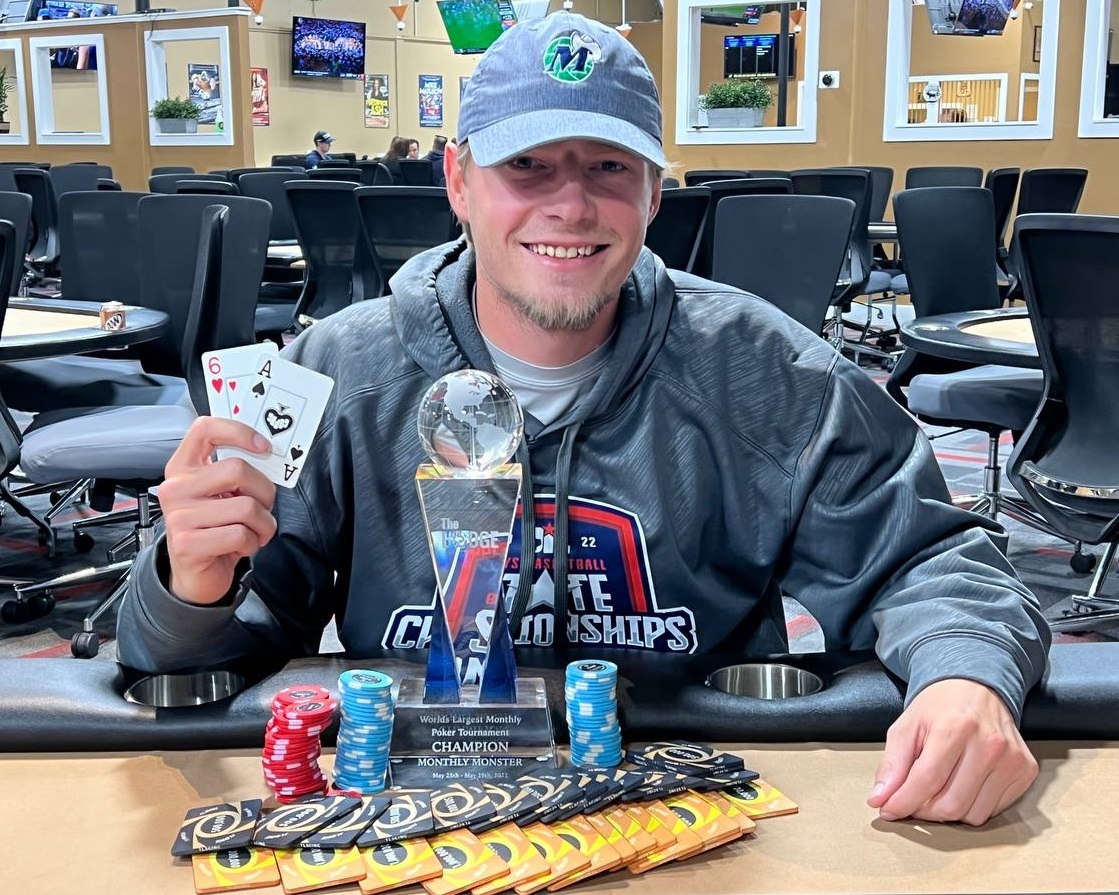 Lowry took advantage of the Lodge’s new and improved tournament schedule on Monday by winning the monthly $600 “monster” event. The Texan anted up at the poker pro-owned poker room and got the job done after playing his way through 300+ players and cutting a five-way deal. The final five each locked up $45,000, but there was plenty left to play for at the restart. In addition to an extra $25K, another impressive Lodge Poker Club trophy was up for grabs. Lowry got his hands on the ornate trinket and a career-high payday after breezing through his final four opponents. 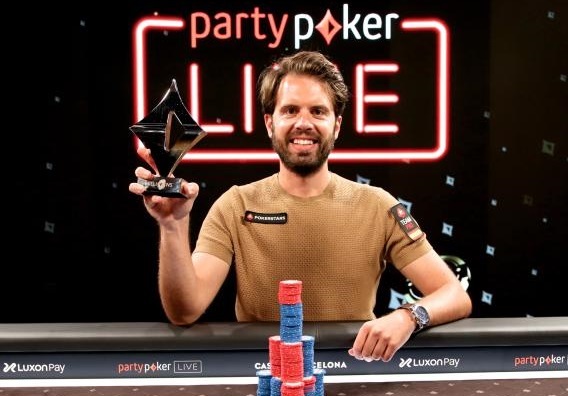 Colillas didn’t have to travel far to win his first live event of 2022. The Spanish pro lives in Barcelona and made the short trip to his local casino to join 202 other players in the €1,100 ($1,200) series opener. Colillas entered on Day 1D, but didn’t make it through the session. Fortunately, he was able to re-enter on Day 1E. He made it through that session, and the next, to book himself a place in Sunday’s finale. From there, he embraced the short-stacked dynamics of the final table and got the win in the casino in which he first learned to play poker. 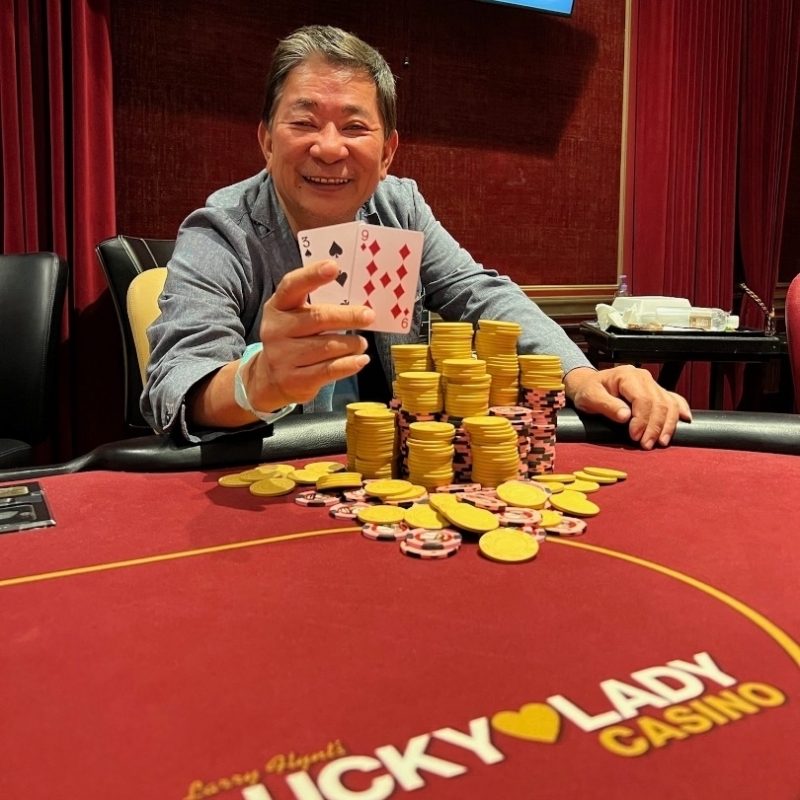 While the Quantum tournaments in Southern California are usually run exclusively at the Bicycle Casino, the Lucky Lady Casino ran two different six-figure guaranteed events, with the $200,000 Guaranteed Main Event wrapping up on June 2. In the end, it was SoCal regular and part-time player Paul Chauderson who finished on top of a three-way chop, taking home an even $40K. Hyung Bae and Zelin Wang were also part of the chop, and each player took home more than $24K. This is Chauderson’s second big win of the year, as he also won more than $60K at the Bike at the beginning of April in one of their Quantum Events.

Bahri banked his second-biggest live tournament score on Sunday after winning the DACH Masters’ €660 ($710) event. The Frenchman was one of 76 players who anted up at the Czech Republic’s largest poker room. With 14 players exercising their right to reenter, Bahri claimed the lion’s share of a €51,300 ($55,025) prize pool after beating Marius Alexandru Gicovanu heads-up. 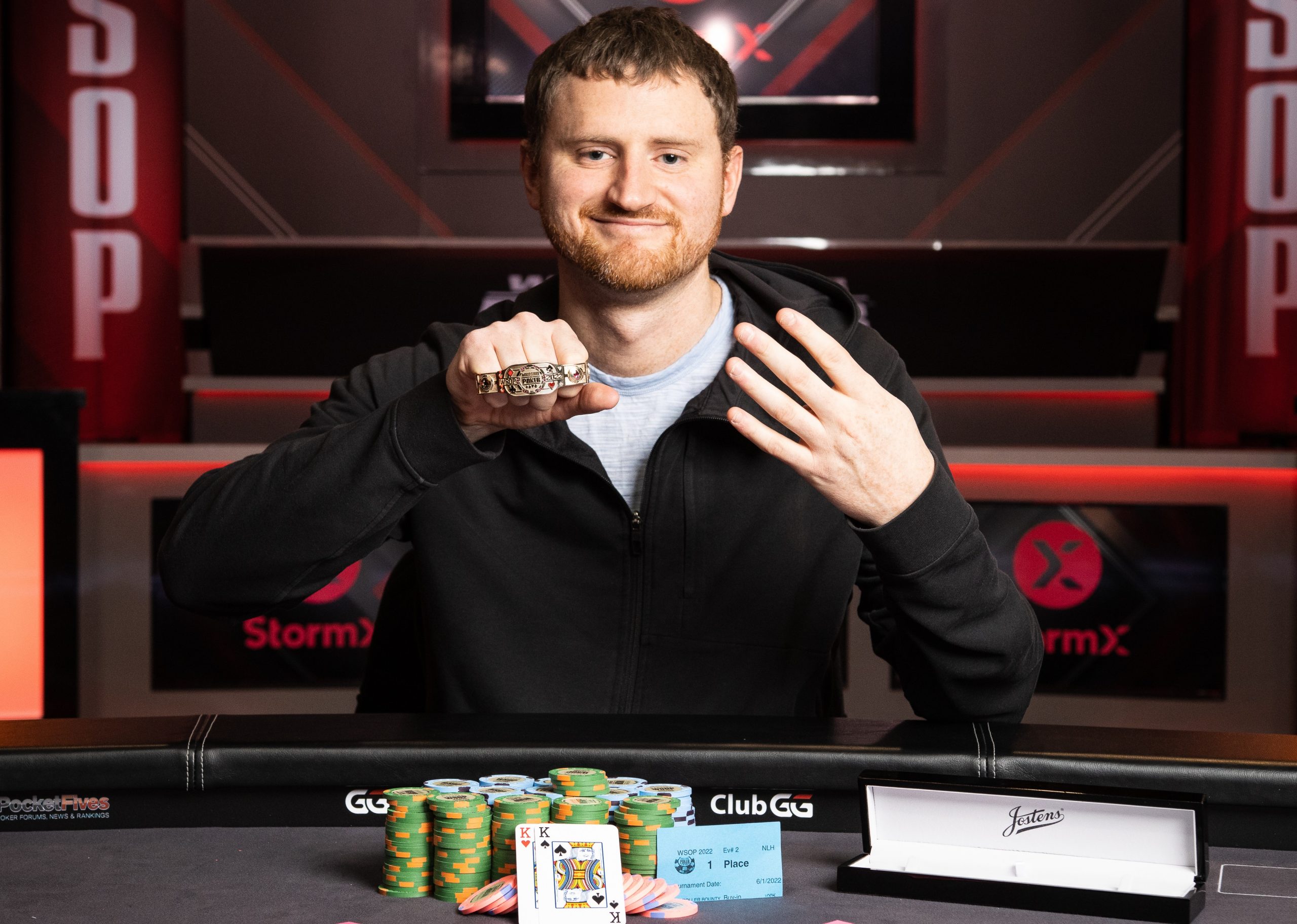 Peters put in one of the best performances of his career to defeat a tough final table and win his fourth WSOP bracelet. The American pro joined 45 high rollers last week for the WSOP’s first $100K event. Only seven made it to Thursday’s final table and, with Phil Ivey in the mix, everyone else was seemingly playing for second place. Having the spotlight on Ivey suited Peters just fine, however. He was able to play his way through a murderer’s row of talent and see off Chance Kornuth in a heads-up battle that lasted just 10 minutes to secure another $1 million+ payday. 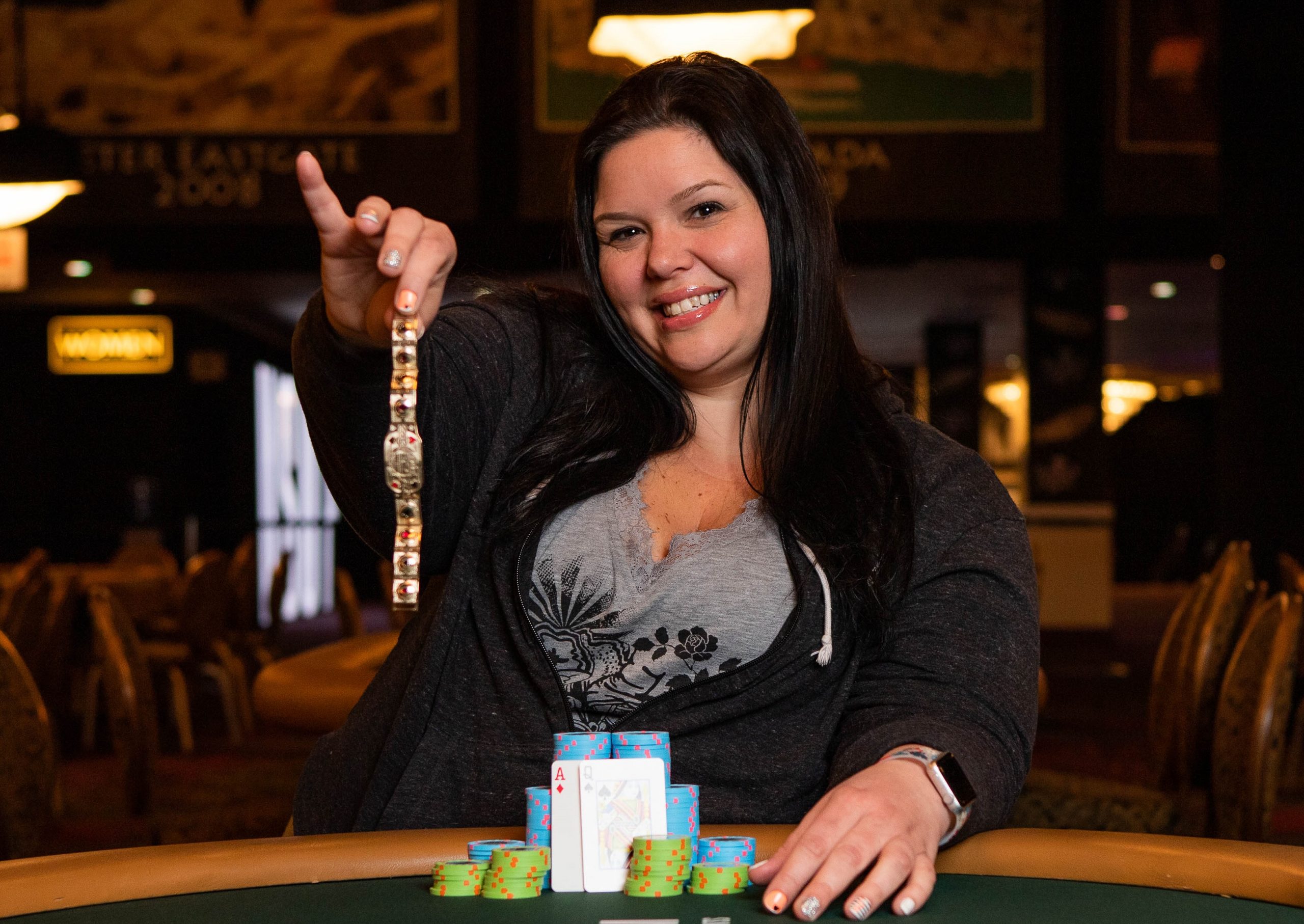 Kopp went from short-stack to champion of the first event at this year’s WSOP on Thursday. The long-time dealer from Cleveland was one of 832 players who entered the $500 Employees Event. With her mom leading chants of “can’t stop Kopp” from the rail, she went on an unbeatable run in the final stages of the tournament. When Wyatt Frost finally fell in second place, Kopp claimed her first WSOP bracelet.