Big Winners of the Week (May 23-29): Schemion Scores Twice Online, Double Delight for Dwan, and Violette Triumphs in 18-Hour War of Attrition

WSOP season is upon us, but the tournament scene outside of poker’s biggest festival is still buzzing with activity. With that being the case, this week’s Big Winners features a familiar face breaking from character, one of Germany’s finest winning twice in a day, and two women showing that poker isn’t a just man’s game. To see how Tom Dwan, Ole Schemion, Cyndy Violette, and Barbara Sargent found a place among our latest selection of standouts, scroll down for CardsChat’s Big Winners of the Week ending May 29. 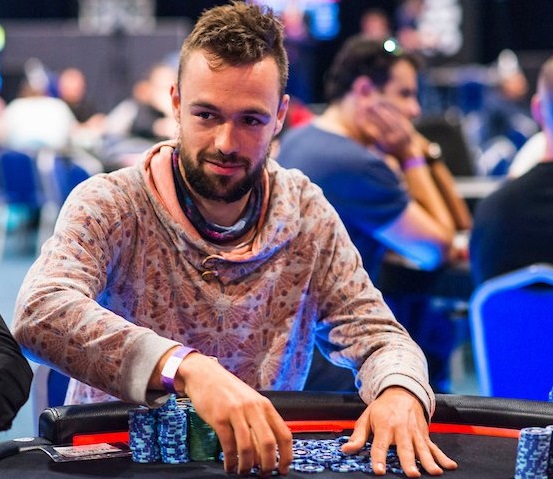 Schemion has been regarded as one of the top tournament pros on the circuit for the best part of a decade, and he showed us why not once, but twice last week. The German, who now calls Austria home, won a special edition of the $10,300 Super Millions on Tuesday. Despite starting fifth in chips, Schemion grinded his way to the top and won his second Super Millions title. Then, on the same day, he won the $1,050 SCOOP edition of the Super Tuesday. That was Schemion’s third SCOOP title this year. For his triple SCOOP — and this GGPoker win — Schemion banked more than $1.8 million. 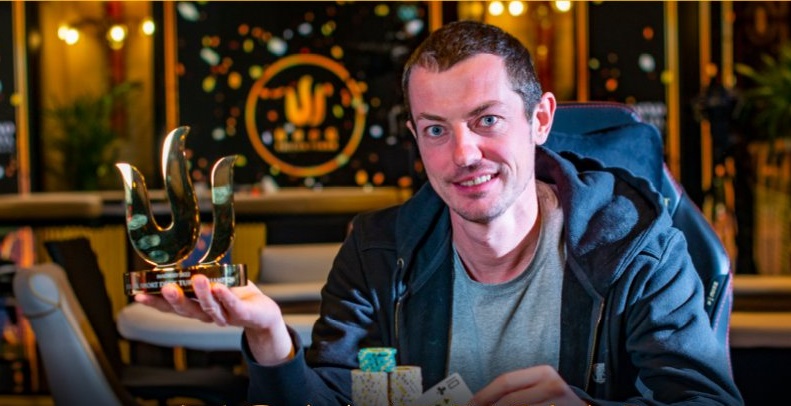 Dwan has long been a force in cash games but, until last week, he’d never won a live tournament that wasn’t an invite-only TV event. All that changed on Monday when he won the €25K ($26,850) PLO event in Madrid. Twenty-five players (+9 re-entries) pushed the prize pool close to $900K, which meant Dwan banked just over $300K for his first live title. Not content with that, the iconic pro won a €30K ($32,250) Short Deck event on Wednesday. A total of 33 buy-ins were collected, allowing Dwan to add another $350K+ to his bankroll and along with his second Triton title. 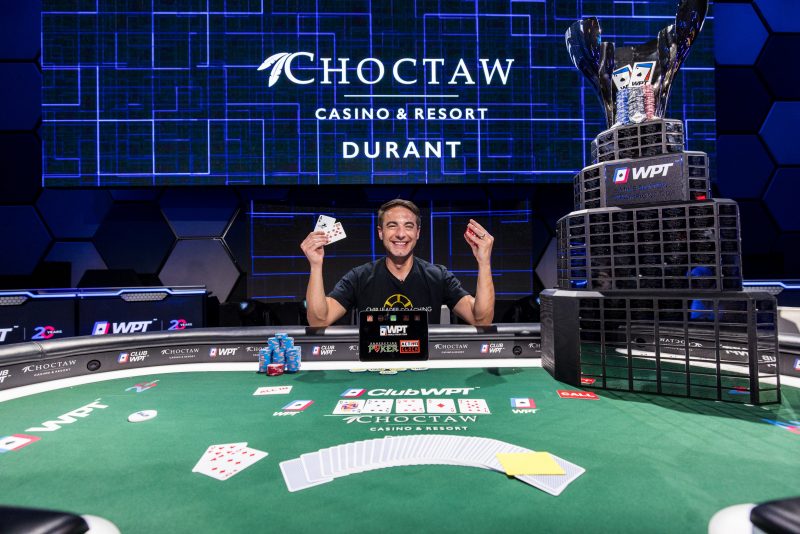 
Chance Kornuth announced at the beginning of the season that his goal was to put his name on the WPT Champions Cup, and it took him less than half the year to accomplish his goal as he took down the $3,800 WPT Choctaw main event last Thursday. The 35-year-old pro defeated a field of 787 players to take home over $480,000. The final table included Ray Qartomy (3rd), Kristen Foxen (5th), and former WPT champion James Mackey (6th). This was Kornuth’s third WPT final table, having previously finished fourth at the Gardens Casino in 2020, and sixth at the Seminole Hard Rock Casino in 2014. 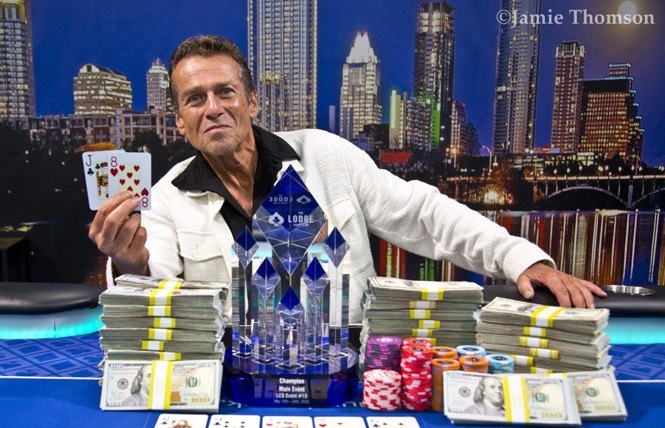 Bauer scooped the biggest prize of his career on Tuesday by winning the Lodge Card Club’s largest event. In taking down the tournament, Bauer also beat one of the poker room’s owners, Doug Polk. Bauer was one of 617 players who anted up in the $3,000 event. Despite an overlay, the organizers honored the $2 million guarantee, and, at one point, it looked as though Polk would win. In the end, however, Bauer did enough to beat Polk into fourth place before going on to clinch a memorable victory. 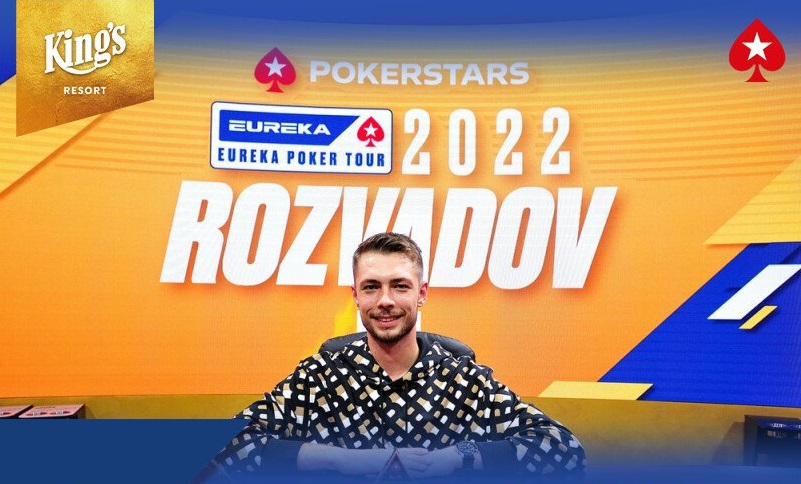 French pro Melchers won his first WSOP Circuit ring at King’s Resort in January 2022. He followed that up on Monday by taking down a €330 ($355) bounty event. Melchers was one of 843 players who entered the first event of PokerStars’ latest Eureka Poker Tour event in the Czech Republic. After hunting down and dispatching all before him, Melchers picked up the second-biggest win of his career, taking his earnings over the $250K mark. 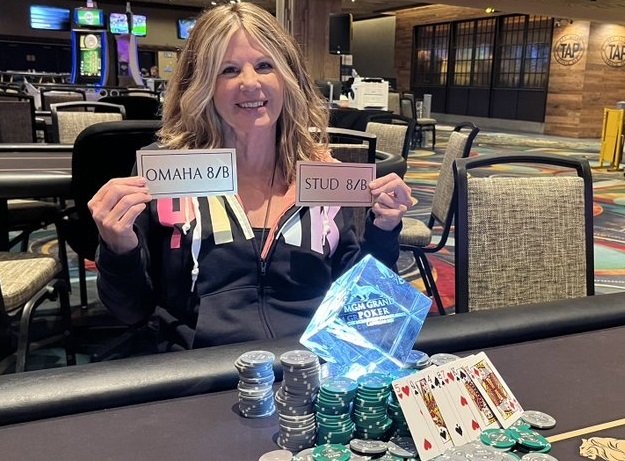 Long-time poker pro Violette returned to her winning ways on Tuesday in what became a grueling one-day event on the Las Vegas Strip. MGM Grand tournament supervisor Justin Hammer received criticisms from another veteran of the game, Allen Kessler, about the structure of the $400 tournament. Those criticisms certainly had some merit, as it took Violette 18 hours to defeat a field of just 84 runners and pick up one of the smaller wins of her career. 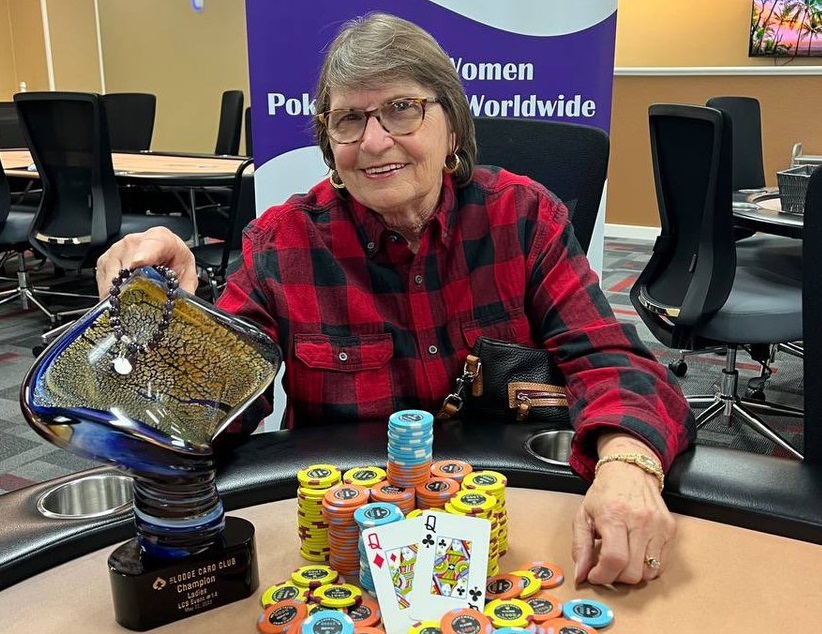 Sargent has been cashing in live events for more than a decade and, as May 23 dawned, she won her fifth title. A total of 85 players entered the $300 event, but only one could win. An ICM chop between the final six players ultimately determined the payouts, but Sargent wasn’t done there. With the money divided up, she went on to scoop all the chips in play and claim one of the better-looking trophies in poker.