Big Winners of the Week: Hellmuth Wins Another Duel and more
May 23, 2022 Tournaments & Cash Games

This week’s Big Winners picked up timely bankroll boosts heading into WSOP season. Whether or not they decide to use their newfound wealth to play for a bracelet remains to be seen. However, based on the fact they’ve all taken down tough events, parlaying their recent form into a WSOP run could be a +EV move. So, who are these big winners? Well, if you scroll down, you’ll find out which champions stood out from the crowd and made it onto the CardsChat’s Big Winners of the Week ending May 22. 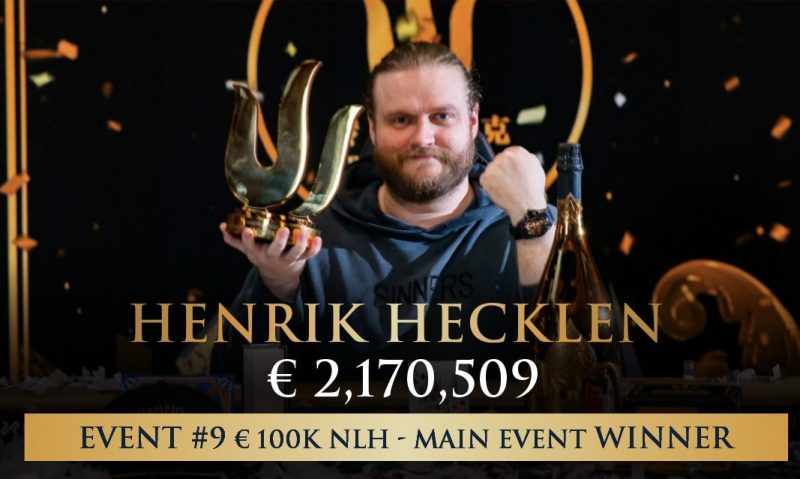 Hecklen became the latest Triton Poker Series Main Event winner over the weekend when he took home nearly €2.2 million, a career-best score, after defeating a field of 93 players. The win, which followed a heads-up chop with Turkish player Orpen Kisacikoglu, marks Hecklen’s second Triton Title. Though he didn’t claim the title, Kisacikoglu also took home more than €2 million for his performance. Sam Grafton (5th), Patrik Antonius (6th), and Sam Greenwood (9th), also made the Main Event final table. The win puts the Danish pro over $7.5 million in lifetime earnings, dating back to his first live cash in 2010. 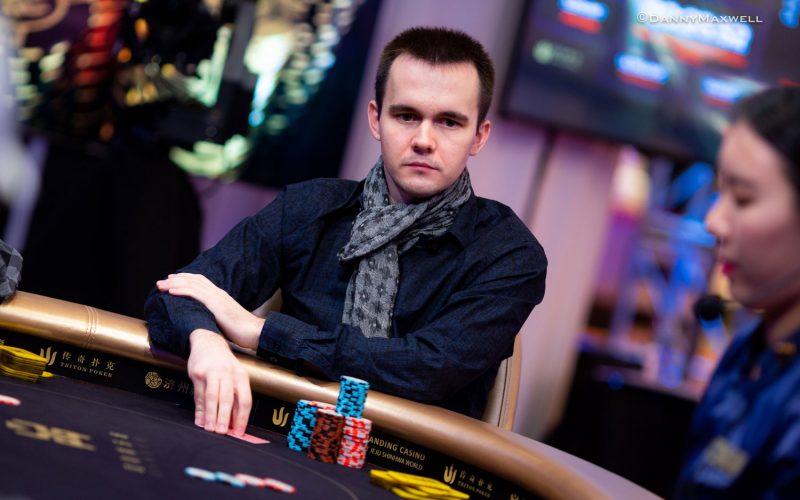 With the WSOP fast approaching, many of poker’s biggest high rollers were tightening up their games and fattening up their bankrolls at Triton’s Madrid series. One of those players, Belarusian high-roller Mikita Badziakouski, added another major title to his already stacked poker resume when he took home more than €1,3 million ($1.4 million) by winning Event #6. Badziakouski made history with the victory, becoming the first four-time Triton Poker champion. Other members of the final table included Fedor Holz (3rd),  Michael Watson (4th), and Danny Tang (7th). 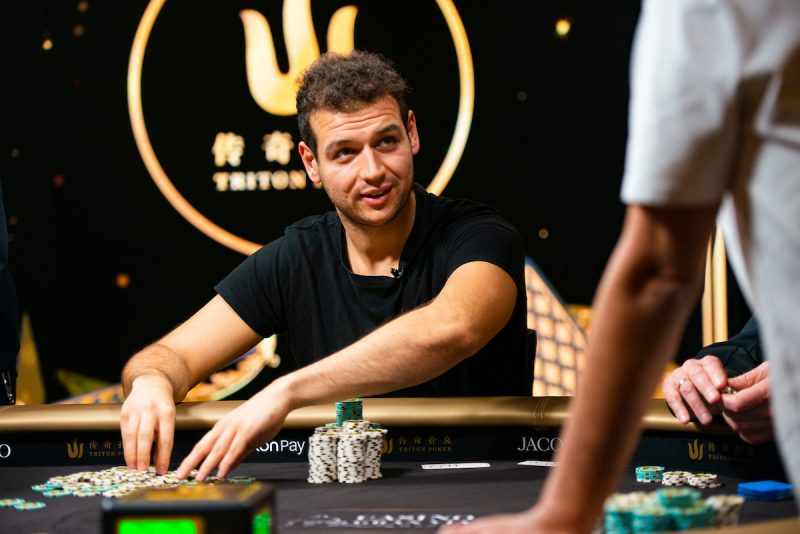 It was quite a week in Spain for Australian high roller Michael Addamo. He kicked off the Triton Poker Series in Madrid with a win in the opening €20K 8-handed event, but he wasn’t content with just one 8-handed title. He would one-up himself later in the week, taking down the €75K 8-handed event after a heads-up chop with Stephen Chidwick. Addamo added another $1.23 million to his coffers and is now pushing nearly $20 million in lifetime earnings. The vast majority of that sum has been collected in just the last three years, during which he’s racked up more big tournament wins than anyone else. 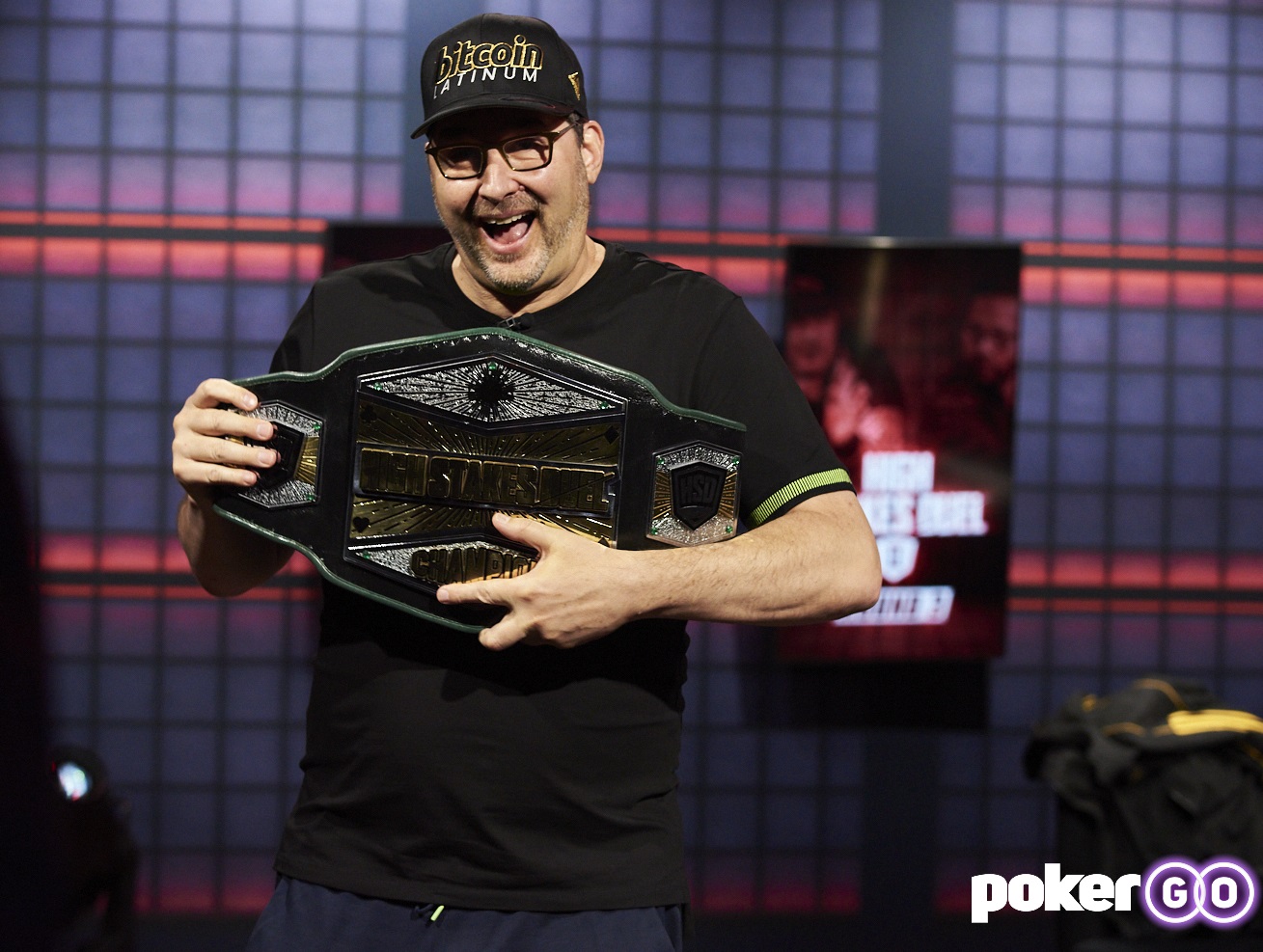 Hellmuth retained his status as the “High Stakes Duel” king last Tuesday after he bested Scott Seiver in another winner-take-all showdown. Hellmuth fell behind early in the match before catching Seiver bluffing in a crucial pot. From there, he grinded his way back into contention before executing two bluffs of his own to put him on the road to victory. Eventually, after plenty of back and forth, Hellmuth won his ninth “High Stakes Duel” match and a place in the next round where the winner gets $1.6 million. 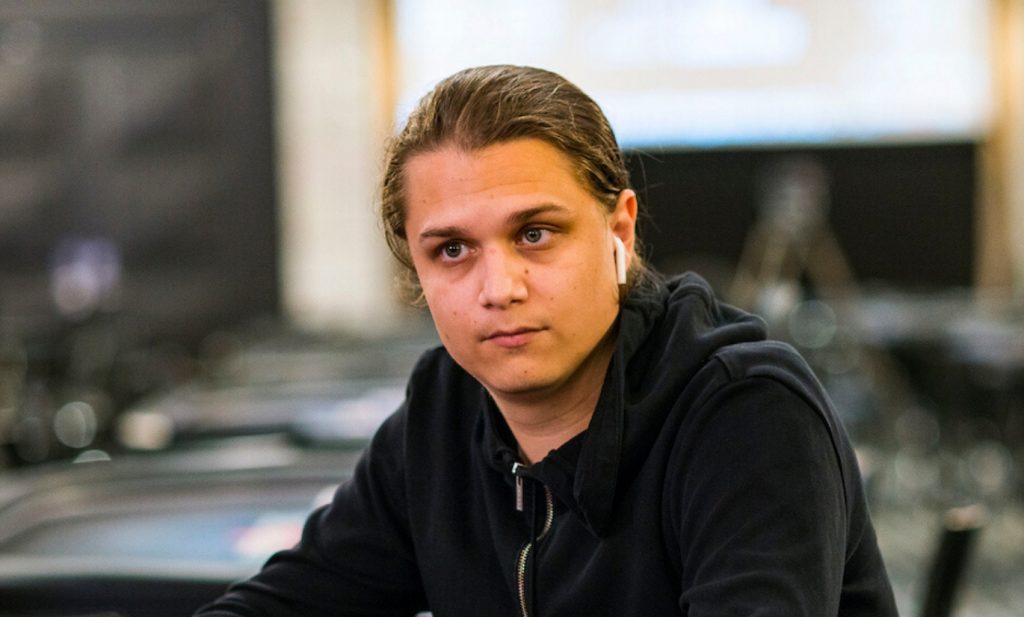 Niklas “LENA900” Astedt finished atop a field of 142 who either paid $10,300 or who won a satellite into GGPoker’s Sunday Million High Rollers. The top 20 finishers shared a $1.5 million prize pool.  Sebastian Trisch was the runner-up for $257,150, and Joao Vieira finished third for $192,835. Those are two of the toughest online tourney players on the planet.  Trisch nearly won the $5 million guarantee on GGPoker last April (he finished sixth), and Vieira has more than $23 million in tournament winnings. Astedt is no stranger to our Big Winner of the Week list — he even won one of the $5 million guarantee events on GGPoker last April (Vieira finished fourth), and was one of our Big Winners of 2021 for his tournament play. 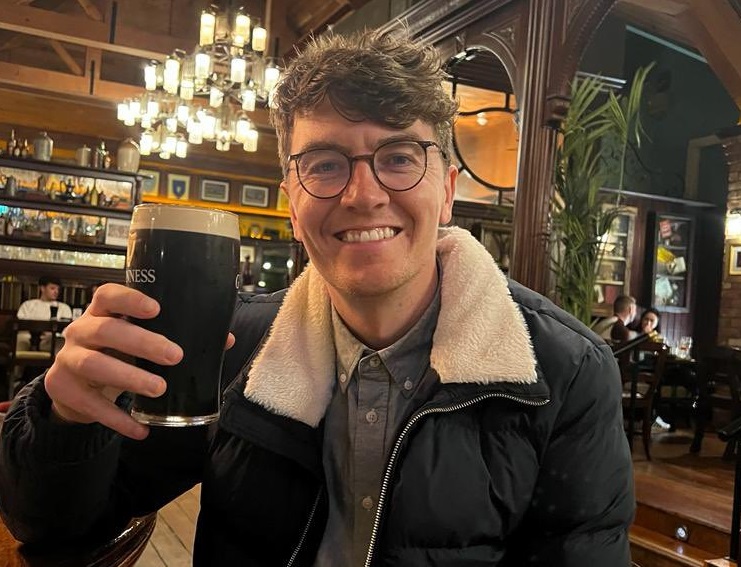 Hand had two SCOOP titles going into the $2,100 knockout event and, after working his way through a field of 283 entrants, he now has three. Not only did the PokerStars pro win his third SCOOP event in three years, he did at home in Ireland on his popular Twitch stream. With thousands watching online, Hand, who plays under the screen name EasyWithAces, got the job done in style. And, like a true Irishman, he celebrated the win with a pint of Guinness. 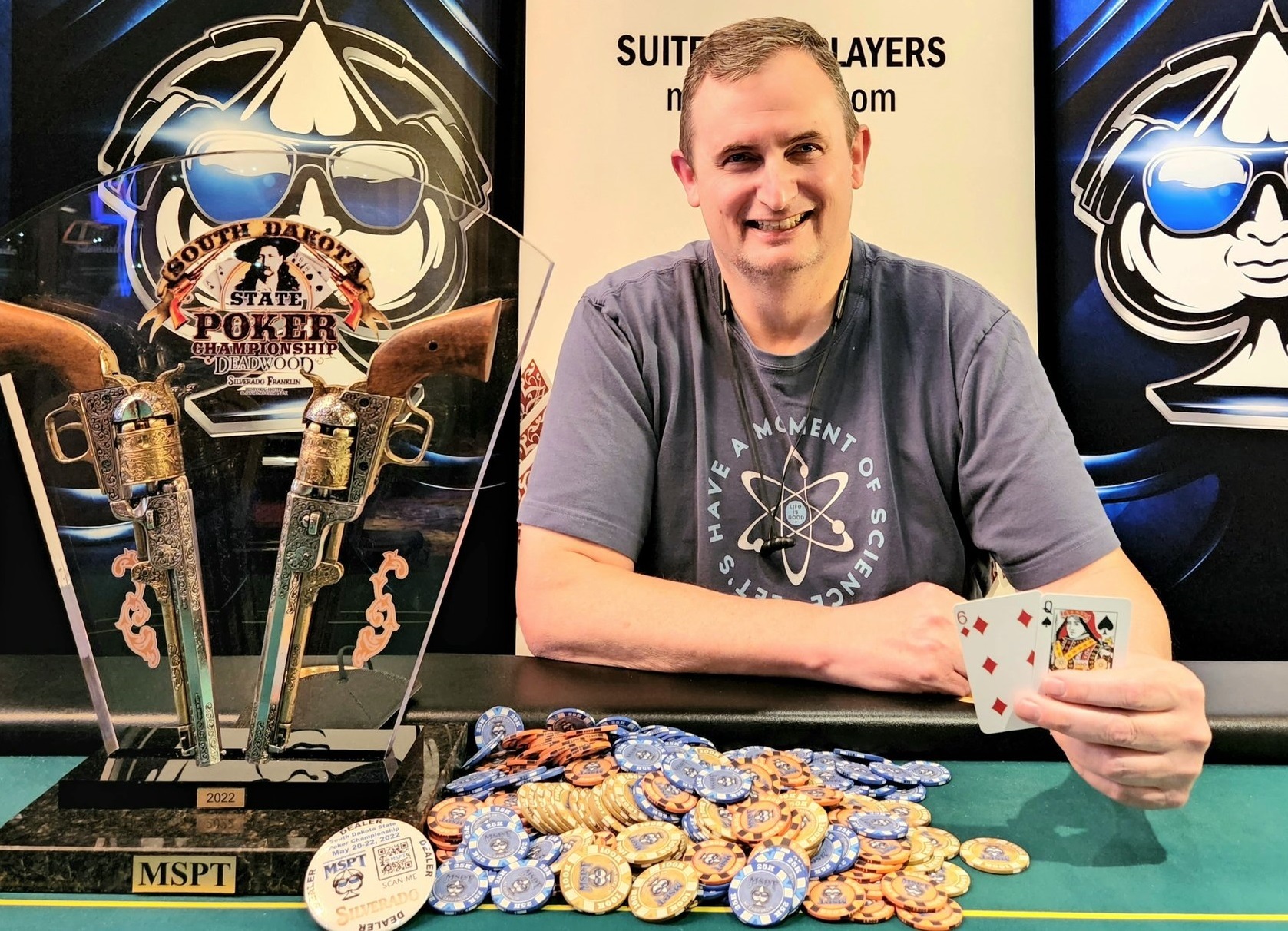 Cunniff picked up his first MSPT title on Sunday, but it was the prize money he was most excited about. The Minnesota native final tabled an MSPT main event in 2018, but went a few places better at the end of last week. After buying in for $1,100, Cunniff outlasted 505 entrants to pick up his biggest score to date. When asked what the victory meant to him, Cunniff said it’s “really cool” to win a trophy, but quickly added that the money “is the best thing.” 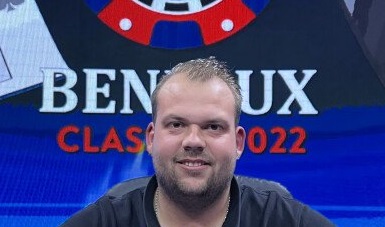 Zondag picked up the biggest payday of his career on Monday after winning the latest large-scale live event at King’s Resort in the Czech Republic. The Dutchman was one of 1,466 players taking part in the tournament. With 500 of those opting to re-enter, the prize pool surpassed its €400,000 ($428,000) guarantee. That meant Zondag won just short of $80,000 when he beat Paul-Adrian Covaciu heads-up. Zondag also won a free seat in the €10,350 ($11,050) WSOPE Main Event, as did Covaciu.

Three days after finishing third in UKIPT Dublin’s high roller for just over $15,000, Scottish pro Farrell went two places better in the main event. The €1,100 ($1,175) main event attracted 278 entries, which allowed the man with the second-fastest Triple Crown (WSOP, EPT, and WPT titles) to add another trophy to his collection. With another title and just over $55,000 added to his bankroll, Farrell remains the top-ranked poker player in Scotland with more than $6.4 million in live earnings. 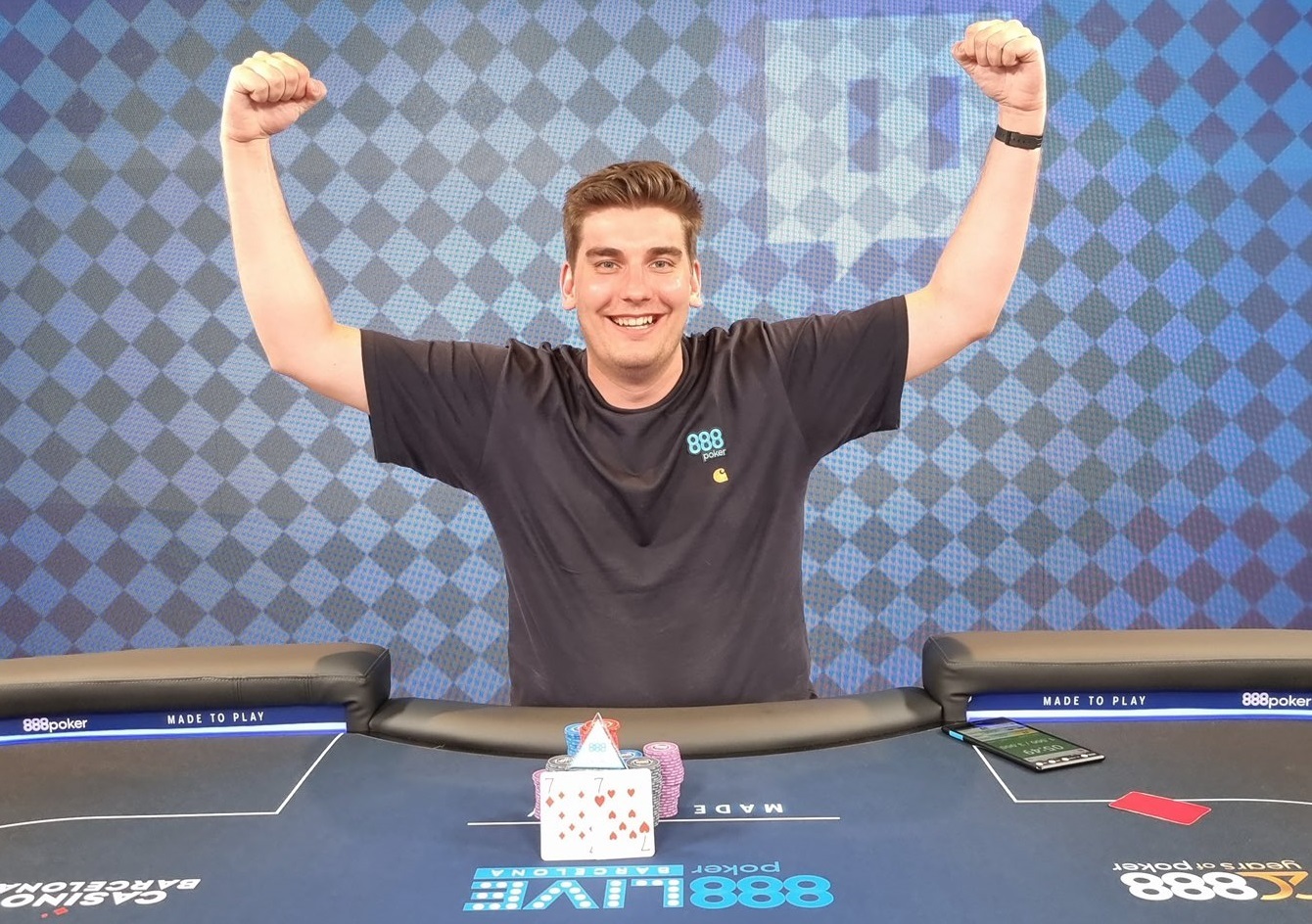 Recent 888Poker recruit and Twitch streamer Manley enjoyed the sweet taste of victory at his sponsor’s latest live fiesta in Spain. The Englishman took part in a special charity event and, after beating everyone in his way, closed out the tournament holding a pair of sevens in the event’s final hand. The top prize was a donation to the winner’s chosen charity, which means blood cancer charity Myeloma UK will be getting €5,000 ($5,334).