From Europe to the US, we’ve got winners aplenty in our latest round-up of tournament hotshots. In this week’s Big Winners, Grzegorz Główny proves that online qualifiers can still win major titles, Jamie Kerstetter gets her second WSOP Circuit ring, and Isaac Haxton makes it three in the Super Millions. To see how they did it, as well as more impressive results, scroll down for CardsChat’s Big Winners of the Week ending March 20. 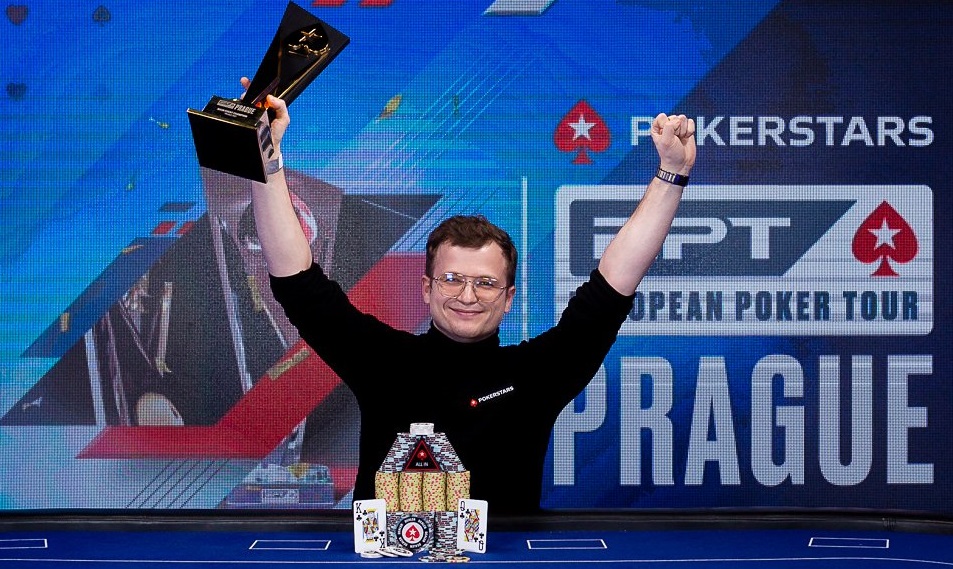 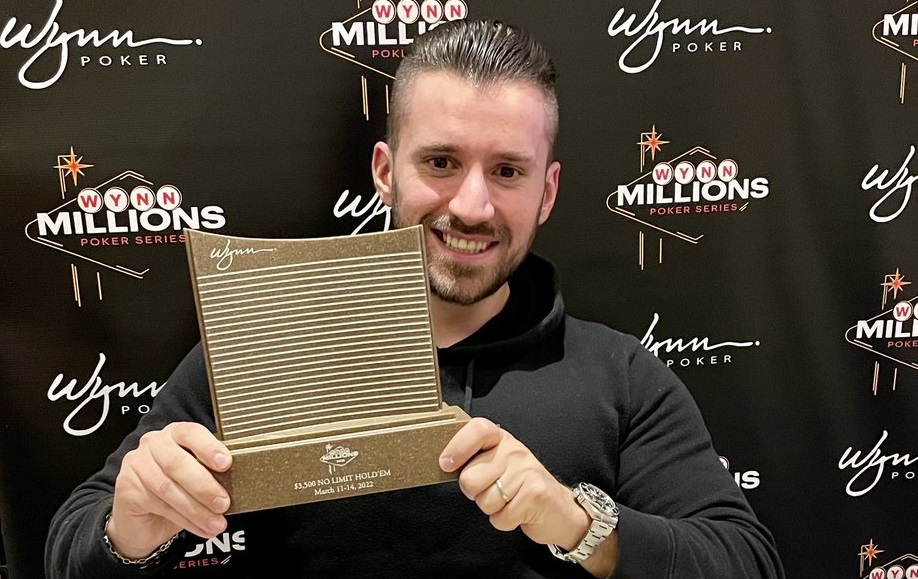 Sabe held a handful of tournament titles before his career-defining win on Monday, but none were worth a six-figure sum. All that changed though after he beat 888 players in the Wynn’s $3,500 event. With the $2 million guarantee comfortably beaten, Sabe recorded his biggest-ever win after beating Brazilian pro Joao Simao heads-up. 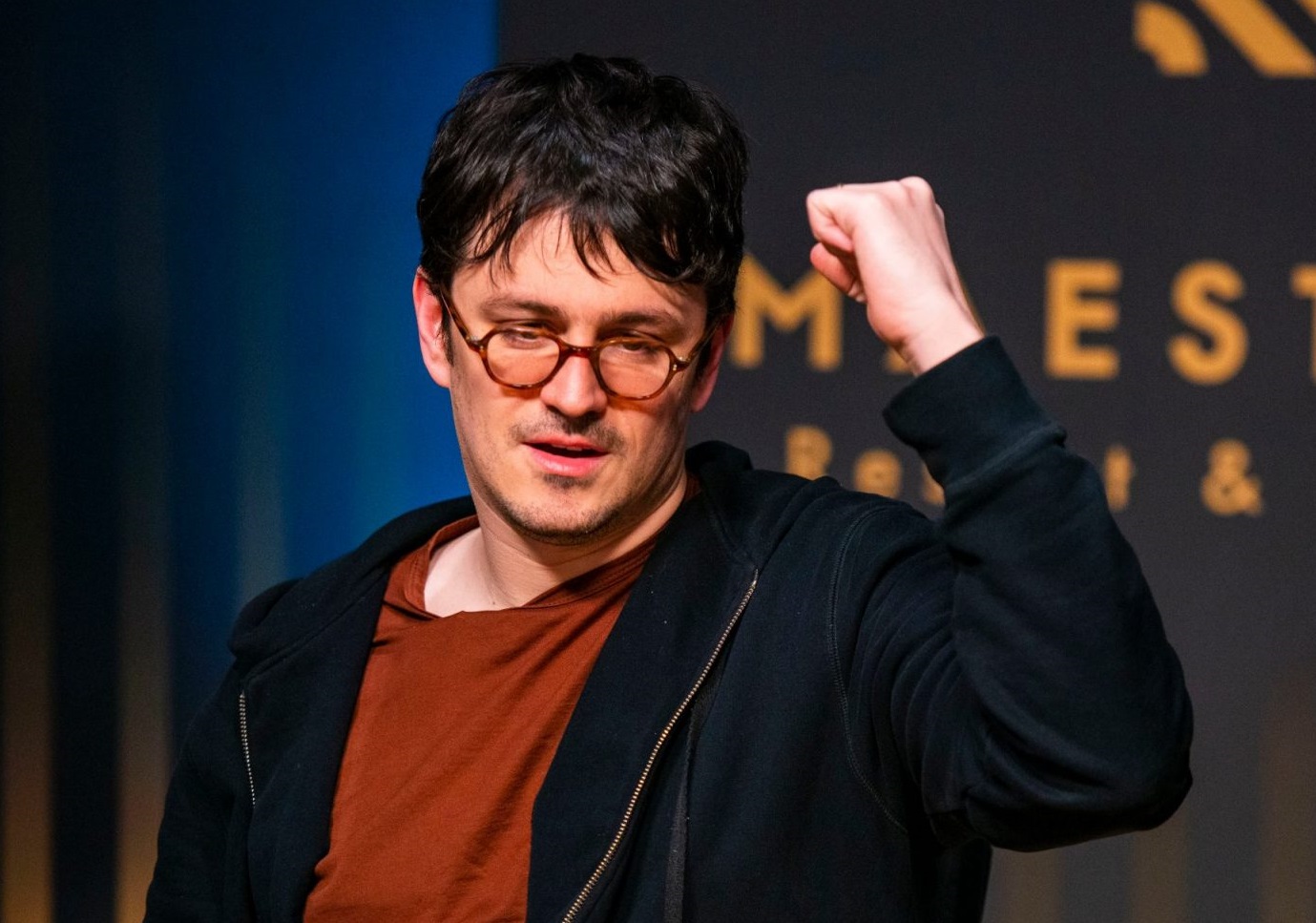 Haxton continues to prove that class is permanent. The American pro has been winning at the highest level for more than 15 years and, on Tuesday, he added a third Super Millions title to his collection. Haxton had to negotiate his way through a field of 167 players in the $10,300 online event and, as ever, the final table was stacked with talent. Leading at the start of play and vying for his sixth Super Millions title was Michael Addamo. However, Haxton soon took control to leave Addamo (4th) and everyone else in his wake. 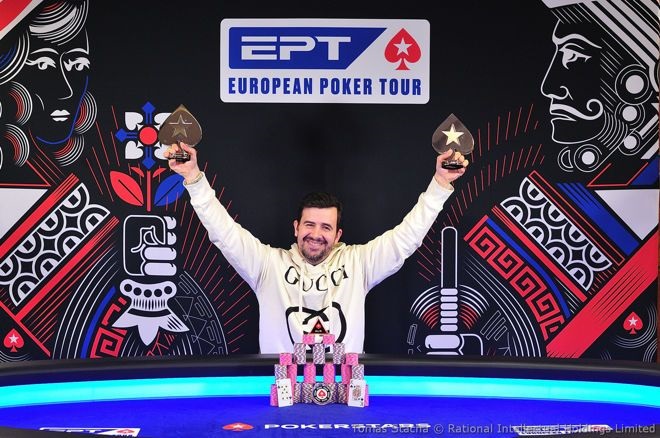 Nemeth made it two titles in a single series on Wednesday . The Hungarian pro won a €25,000 ($27,500) EPT high roller on March 11 for $233,599. He followed that up with another win last week. Again, it was a €25,000 event and, again, he was pushed all the way by Brazil’s Pablo Silva. Nemeth beat Silva to get his first win of the series and, the second time around, Silva finished third. It was the same result for Nemeth, however, after he beat Martin Kabrhel heads-up. With another 18-entry field defeated, Nemeth took his EPT Prague haul over the $400,000 mark. 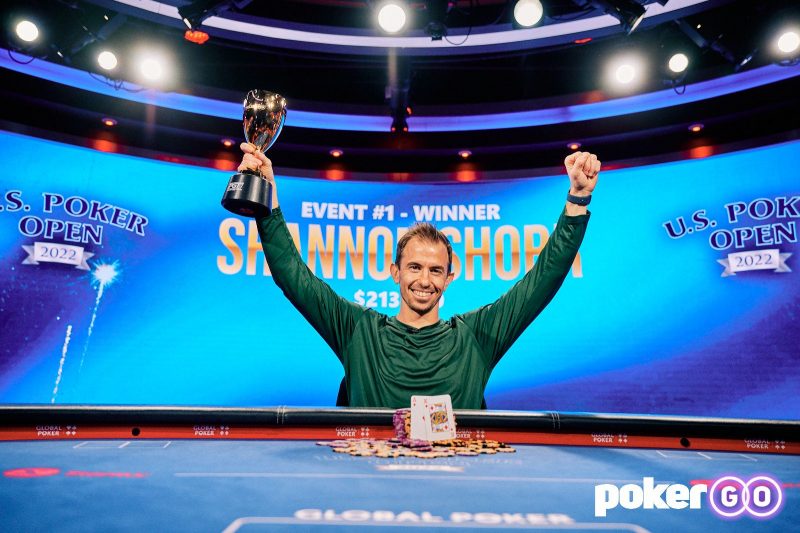 Shorr, whose no stranger to final table appearances, won the first event of the US Poker Open at the Aria, a $10K buy-in affair that brought in 93 players. Shorr and Ren Lin gave PokerGo viewers an epic heads-up battle that lasted more than two hours. Lin, the runner-up, is also having quite the March. Before the US Poker Open, he finished second in a $10K event and third in a $15K tournament at the Wynn High Rollers. As for Shorr, he finished fourth in another US Poker Open $10K  event a few days after his victory for an additional $88K. 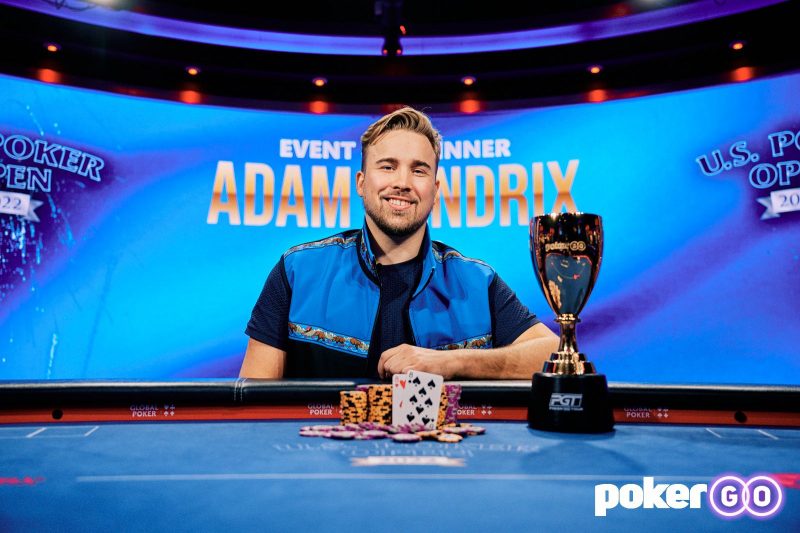 The man from Anchorage earned his second-biggest tournament score in a $10K No-Limit event at the US Poker Open, outlasting 87 other players for a very nice score. The final table was stacked with big names, including Erik Seidel, Shannon Shorr, Jeremy Ausmus, and Jonathan Little, who finished second. Hendrix also took 11th in the $10K PLO event the day before locking in his win. He’s made three final tables so far in 2022, and is a player to keep an eye on heading toward the WSOP. 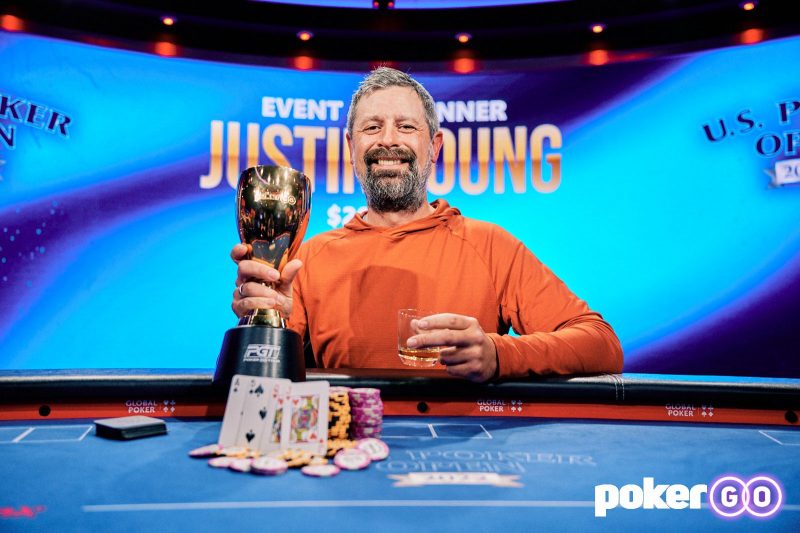 Young took down the $10K Pot-Limit event for his first six-figure cash since 2016. The event attracted 77 players, and Tommy “The Legend” Lee was the runner-up. Young, who lives in the Las Vegas suburb of Henderson, now has $5.6 million in poker tournament winnings spread across two decades. 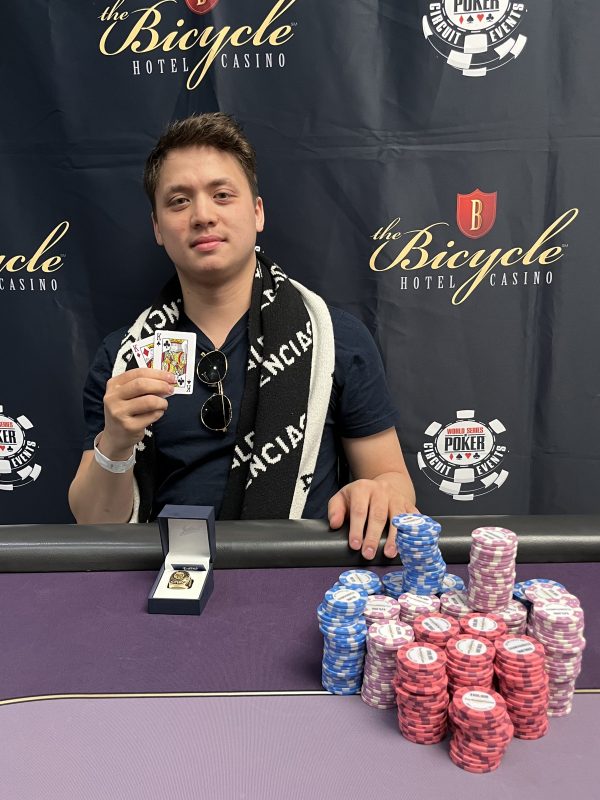 Last week, 22-year-old poker pro Michael Jozoff finished on top of a field of 550 players, taking home a career-best $161,500. He defeated Bike regular Eugene Tito heads up. This was the second win of the year for Jozoff, who also won the $2,200 Six-Max Event at the LAPC in February, earning $20,165 for that showing. The recent USC grad played only before his 21st birthday and told WSOP.com after the win that he is hoping to buy a house in Las Vegas soon so that he can play in both places. His goal is to work his way up to the high roller circuit, and he seems to be off to a great start here. 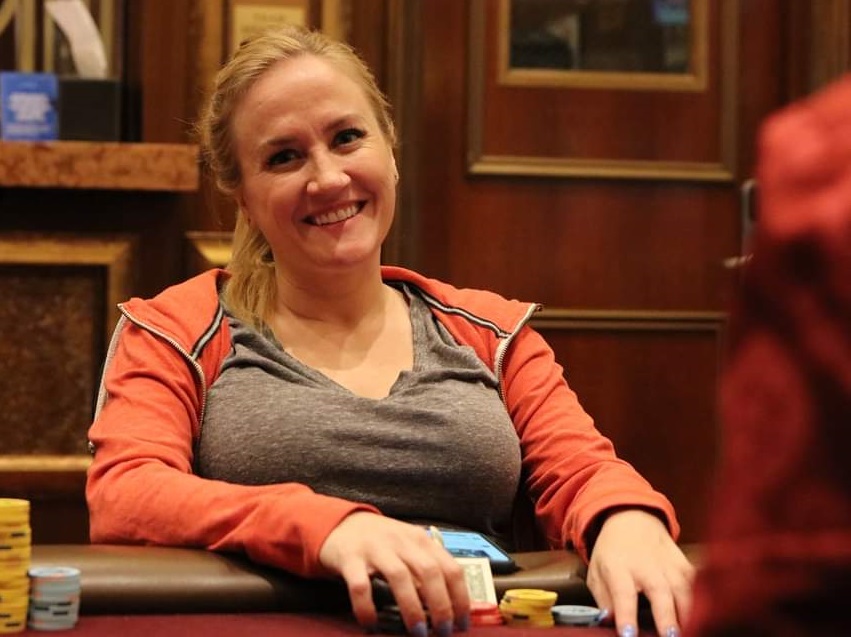 Kerstetter won her first WSOP Circuit ring two weeks ago while charging her phone in a casino restroom. Now, after a decade of trying to win one Circuit title, she has two. The American pro, who plays under the screenname danbilzerian, ran hot in the $215 deep stack event to earn her second ring in less than a month. This time, however, she topped a field of 265 players from the comfort of her home. 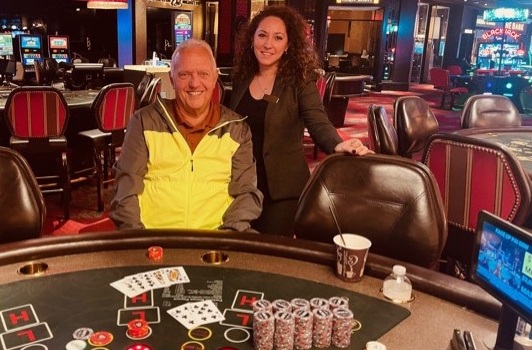 Face Up Pai Gow
The Cromwell

He may not have needed a ton of skill to pull it off, but Dennis A. is this week’s biggest winner. The man from Morton, Illinois, was enjoying a trip to Las Vegas when he struck gold at The Cromwell’s pai gow table. With a straight flush in his hand, Dennis triggered the casino’s Mega Progressive Jackpot worth over $1 million.