We’re late publishing this week’s BWOW. Thanks for being patient. We blame the big rush of action filling the vacuum left by a delayed WSOP. Who would’ve guessed that one of the most successful replacement events would’ve been something that didn’t exist a year ago? And as nice as the Wynn and a $10 million guarantee can be, the Venetian is drawing big fields full of well-known pros, too. And it’s not just Las Vegas where players are flocking to the live tables. It’s happening all around the world — in the Ukraine, Slovakia, and Switzerland by way of the Czech Republic. 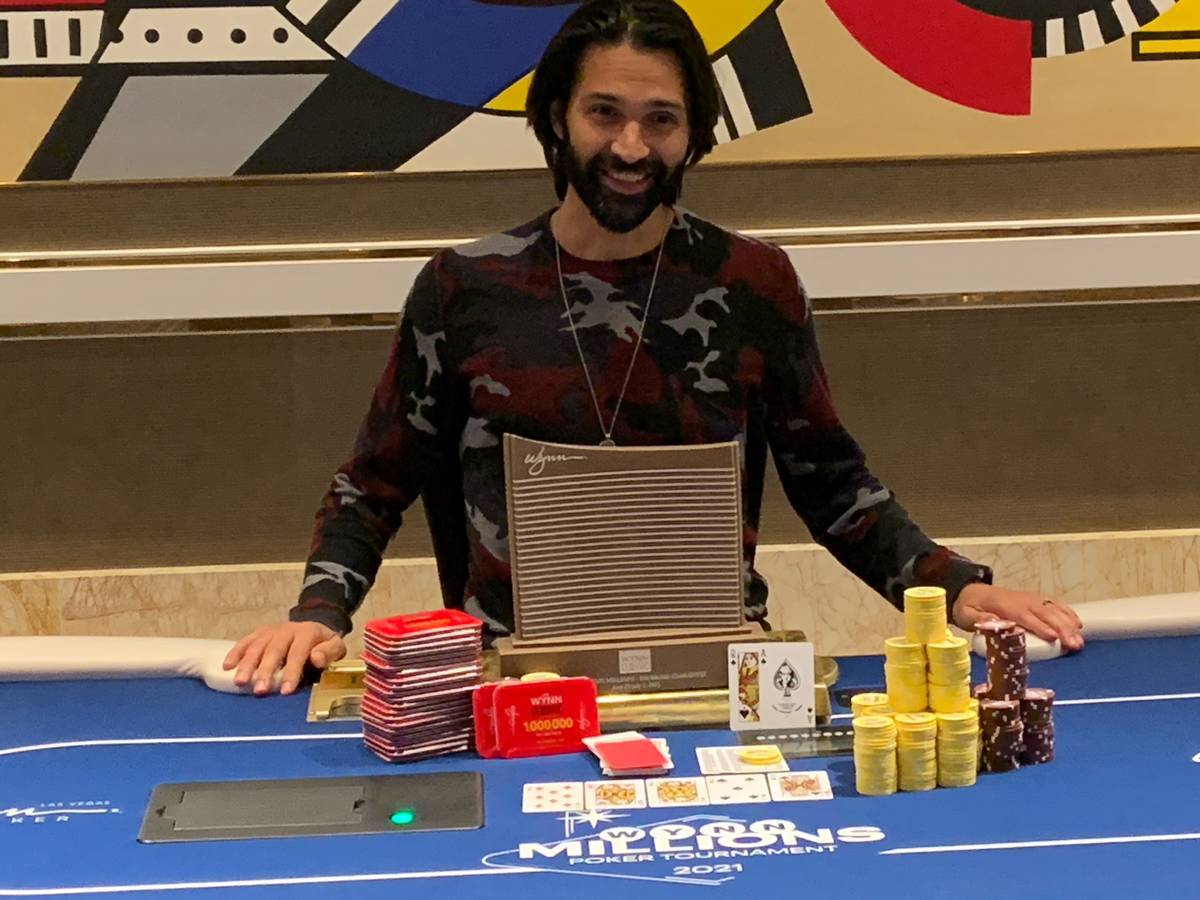 In May, Moreno set out on a quest to improve his tournament game. Six weeks later, the San Diego native added a Venetian DeepStack Championship Series title to his resume ($1,100 No-Limit Hold’em UltimateStack for $127,740). Then, on Saturday, he burnished his record further in Las Vegas, shipping the biggest poker event of the summer, the brand-new $10,000 buy-in Wynn Millions, a $10 million guaranteed tournament that had 1,328 entrants. The final three agreed to a chop based on chip counts, with an extra $313K and $101K for the top two finishers. With this win, Moreno has seen his career live tournament earnings jump from $900K to just over $2.5M since he began focusing on his tournament play. 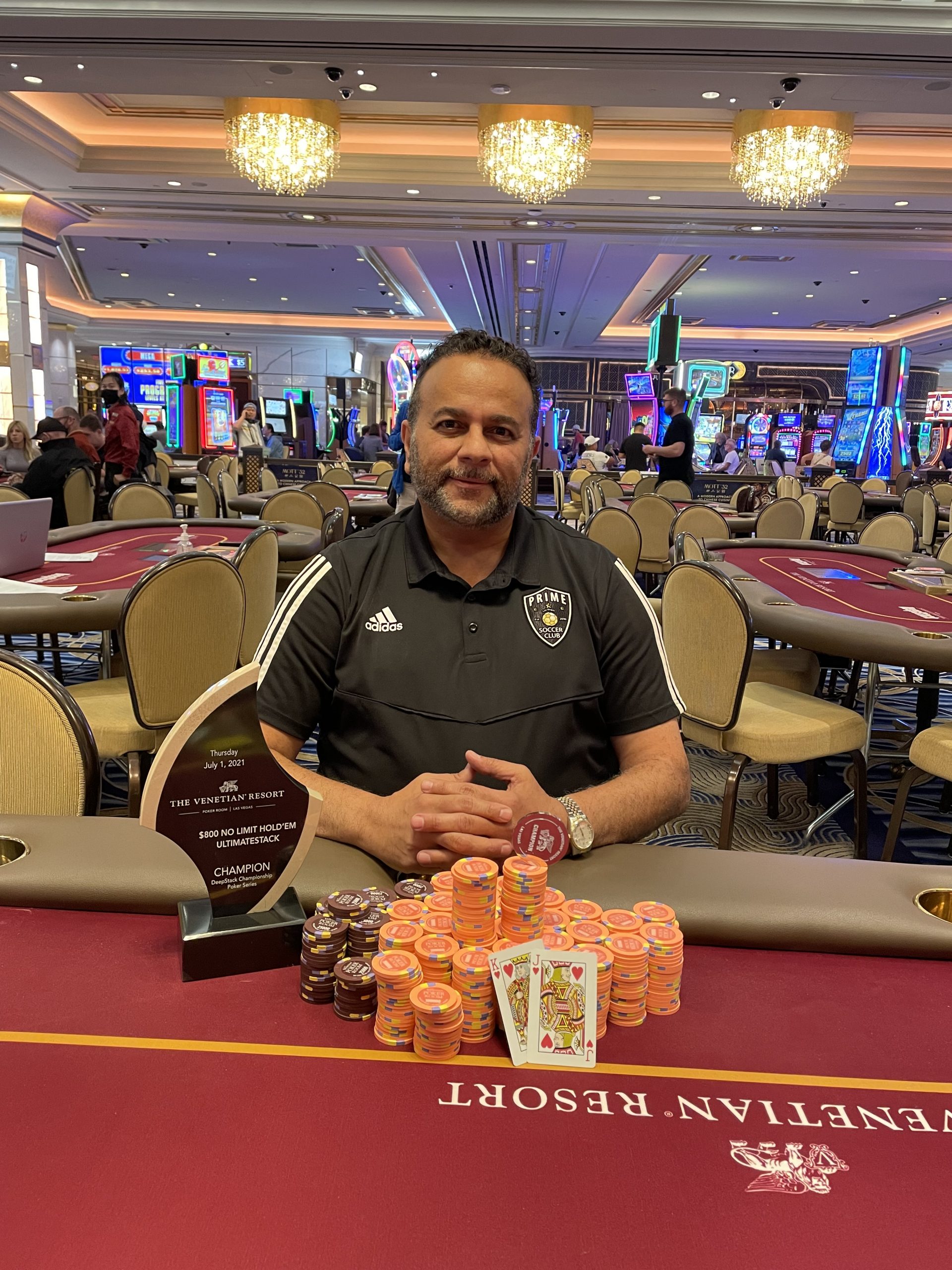 Prior to the past week, the two-time WSOP bracelet winner had barely more than $20,000 in combined live tournament cashes since 2009. Last week, however, the 53-year-old, old-school poker star mounted a comeback, shipping not one, but two events in Venetian’s summer poker series for more than $235K. On Monday, he outlasted 358 players in the $600 No-Limit Hold’em MonsterStack for a $41,991 payday. Then, he took down a second tournament at the same Las Vegas casino on Friday — the $800 No-Limit Hold’em UltimateStack — beating out 1,811 entrants for a $193,416 score. 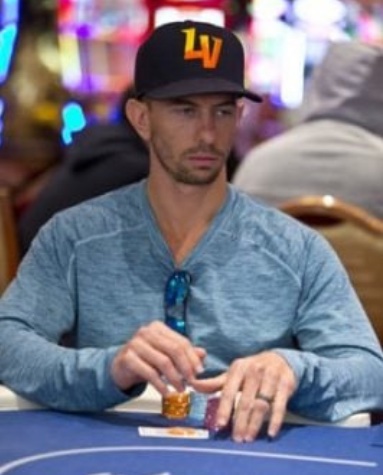 There might not be a live World Series of Poker in Las Vegas this summer, but the WSOP’s Online series launched on Thursday with a bang. North Bergen, New Jersey’s Jose Noboa made the kickoff event his largest career cash to date, topping a 1,277-entry field to win his first bracelet. Noboa claimed $105,161 with the win, while the single-day event offered a $574,650 prize pool, boding well for the series as a whole. Noboa, who has multiple entries in WSOP.com’s database, logged his 24th career cash in various WSOP.com bracelet and ring (Circuit Series) events. Before this breakthrough win, his career winnings in these events amounted to about $80,000, with a previous best cash of $20,304 in the 2020 WSOP Online Main Event. Noboa’s win more than doubles his career WSOP.com series winnings. 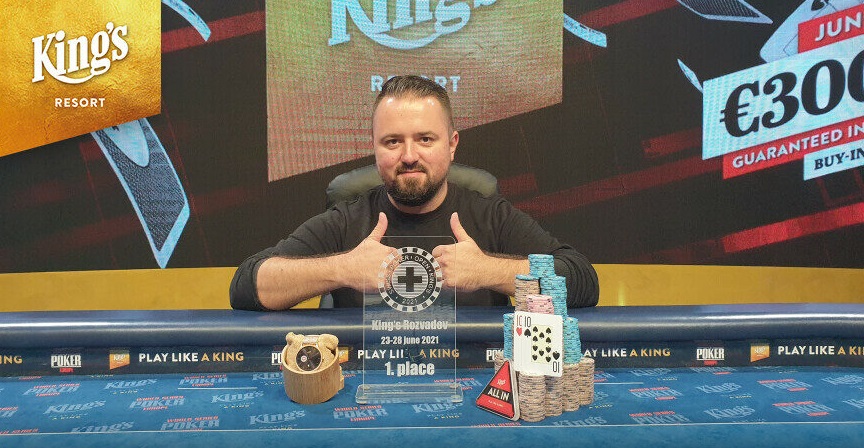 
It might not have taken place in Switzerland, and he might not be from the land of chocolate in the Alps, but Avdagic is the Swiss Poker Open champion. The Bosnian joined an international lineup of players in the Czech Republic for the €550 ($650) main event. Although gambling is permitted in Switzerland, the desire to host a large-scale event free of COVID-19 restrictions meant King’s Casino was the best solution. It turned out to be a good move as 629 players and 189 rebuys helped the main event breach its €300,000 ($355,000) guarantee. It also meant Avdagic scooped the biggest win of his career on Monday night and took his lifetime earnings to $196,650. 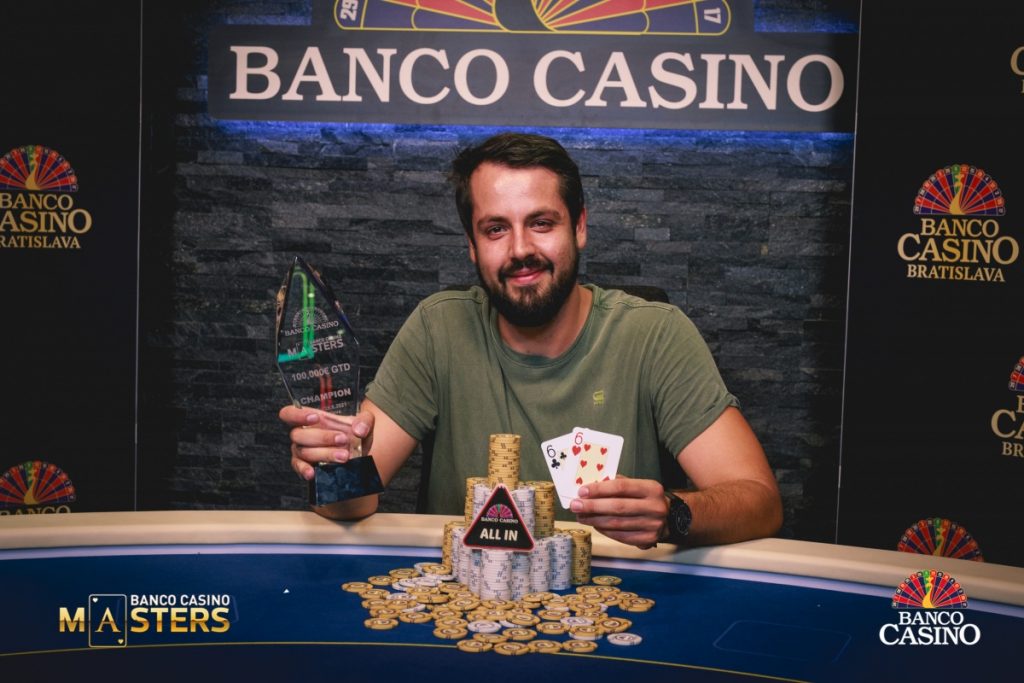 
Brimus may have only had three live cashes registered on the Hendon Mob prior to winning the 25th Banco Casino Masters on Monday night in Bratislava, Slovakia, but each one has something in common; all three cashes were in events held at Banco Casino. Therefore, it was only fitting that his biggest win to-date was in the very same venue. 845 players anted up in the €170 ($200) tournament, but none could beat Brimus. In the end, a pair of 10s saw him take the final pot from Peter Ješko. With that, the Slovakian won the title and a prize worth 10x his total live earnings. 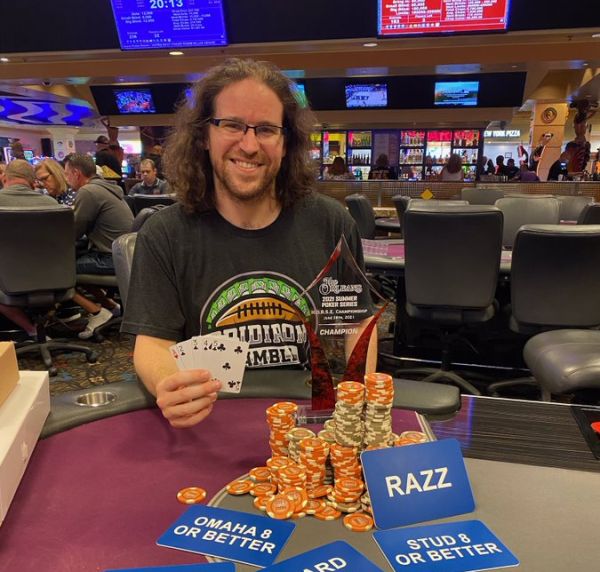 As a veteran tournament reporter, Doft spends most of his time in poker rooms standing next to the tables where others are playing, often for the highest tourney stakes in the game. Once in a while, though, Doft finds an event on an off day, and he put that time to good use on Tuesday, when he took down the $400 HORSE Championship at the Orleans for a $12,600 score. It’s a career-best cash for Doft, who topped a 193-entry field to claim the largest share of this two-day event’s $64,655 prize pool, which easily topped its $40,000 guarantee. The last time Doft cashed in a recorded event — a $200 Razz tourney at Planet Hollywood’s now-defunct Goliath Phamous Poker Series in 2019 — he won that as well. All seven of Doft’s recorded cashes have come in mixed events or in lowball games. 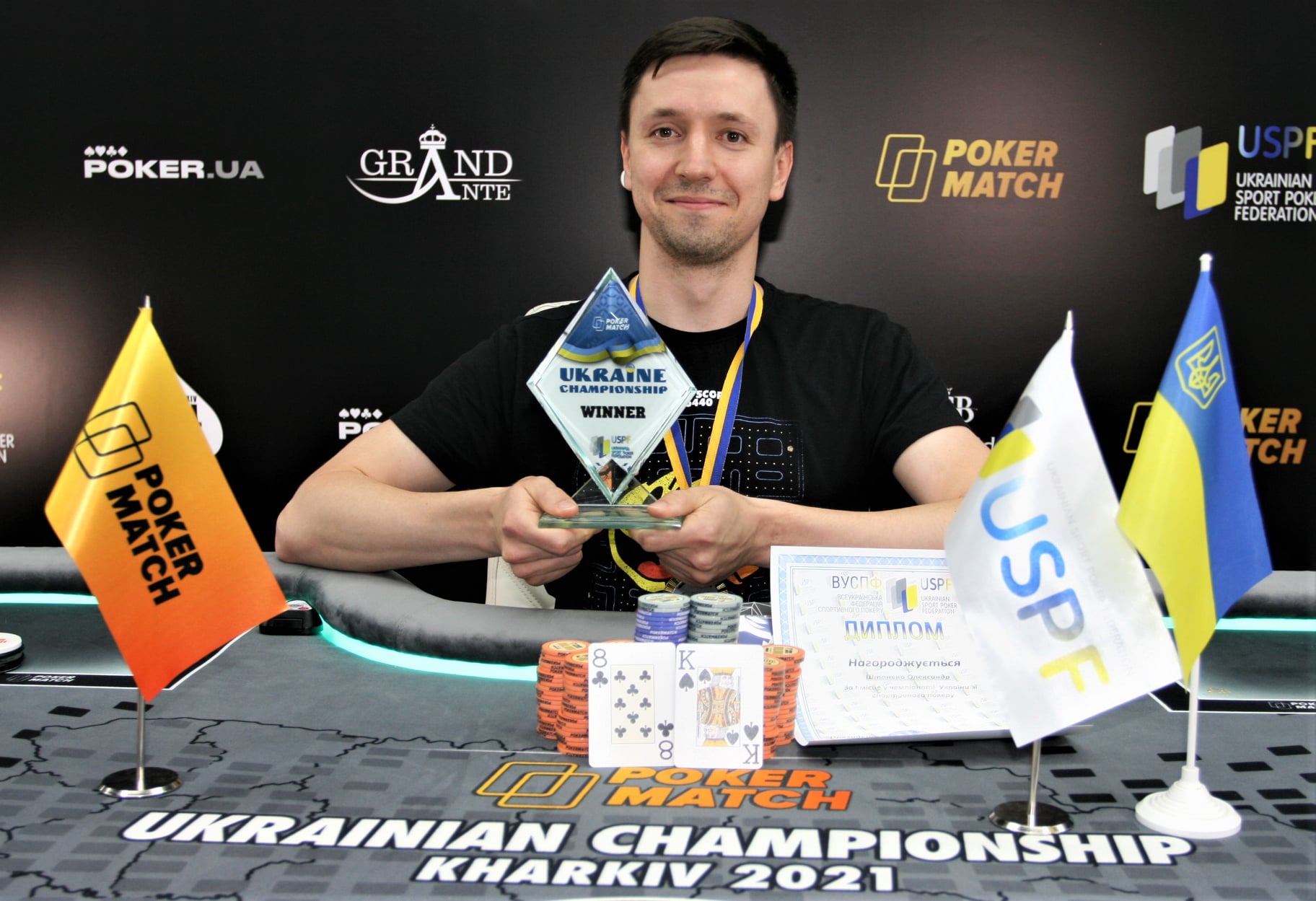 Ukraine, like the rest of Europe, is returning to normality, which why Shtanko was able to smile for the cameras on Monday night. The local pro defeated a field of 662 entries in the Ukrainian Championship’s ₴5,500 ($200) main event. The week-long festival was played without facemasks or any other visible COVID-19 restrictions. The No-Limit Hold’em main event was its star attraction, which meant Shtanko went home with the top prize of the week. The win was the biggest of his career and takes his live tournament earnings over $20,000.