Big Winners of the Week: David Peters Does It Again at US Poker Open

Read more below about some notable victories that caught our attention at CardsChat News for the week ending Saturday, June 19, 2021: 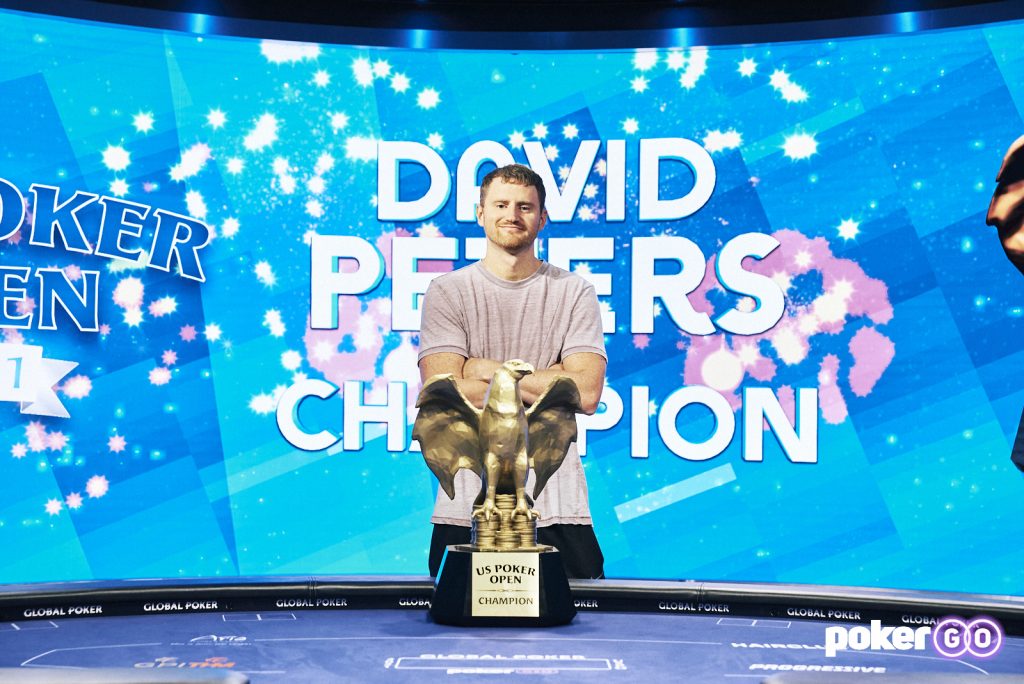 Peters repeated a feat he accomplished two years ago, being declared the series champion for the latest running of the US Poker Open. He got to hoist the 54-pound Golden Eagle trophy after taking down three events — a $10K NLH, a $10K Short Deck, and a $25K NLH. (He also had one other cash, 8th place in a $10K PLO.) Peters won his third US Poker Open title of the series last Sunday, for $465,750 in Event #11, $25,000 N0-Limit Hold’em, in a 69-player high roller. Winning the USPO championship for the second consecutive time came with a $50,000 bonus. Peters, a native of Toledo, Ohio, is one of the top tournament players in the world. He now has over $34.5 million in live tournament cashes to go along with a pair of USPO titles. 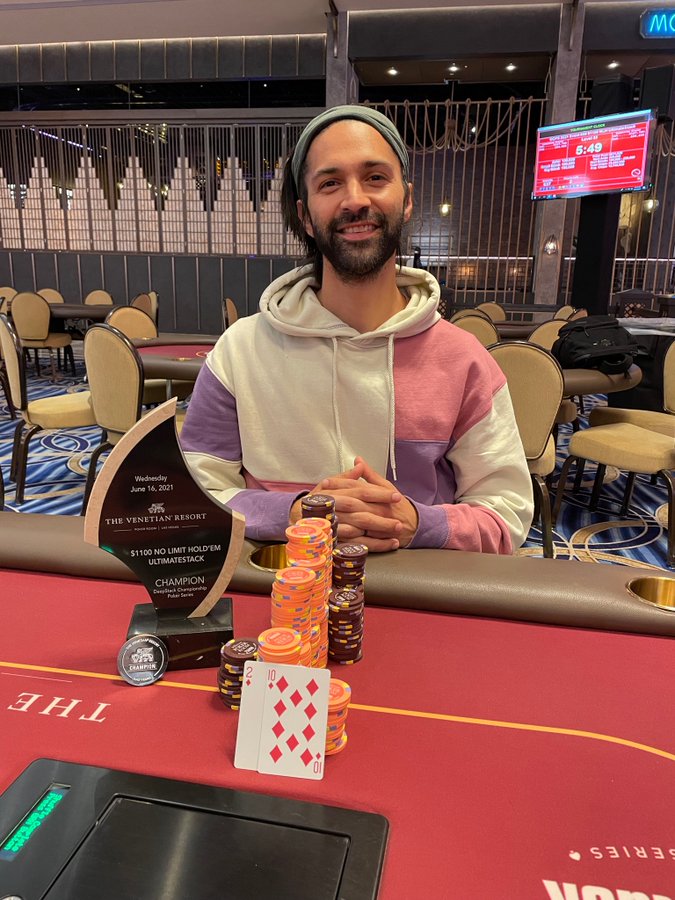 Andrew Moreno, brother of former poker vlogger Johnny “Vibes” Moreno and spouse of poker pro (and mother-to-be) Kristy Arnett Moreno, set out last month to improve his tournament poker game. Three weeks later and he’s already a tournament poker champion. The San Diego resident made the four-hour drive to Las Vegas for Venetian’s summer DeepStack Championship Poker Series. On June 16, he conquered the $1,100 buy-in No-Limit Hold’em Ultimate Stack, a $300,000 guaranteed event, for a six-figure payday, beating out 627 entries. He showed that a bit of hard work pays off in poker. 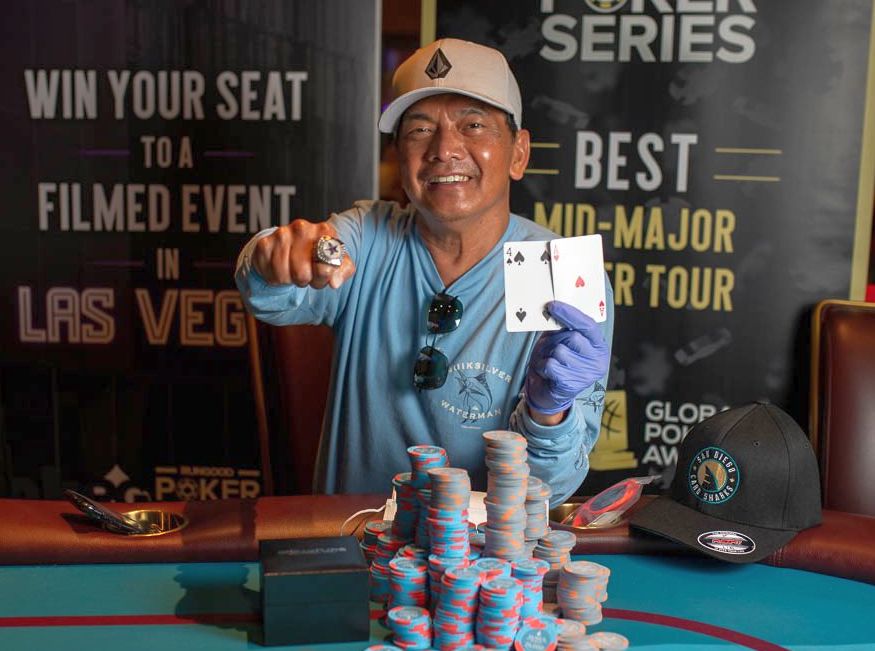 San Diego’s Armando Mesina has been on a rush of late. Just six weeks after taking down a Mid-States Poker Tour title, Mesina again topped a field for a nice five-figure payday, this time in the $575 No-Limit Hold’em main event of the RunGood Poker Series’ post-COVID “Comeback Tour” at Jamul. The big $25,175 payday is Mesina’s third largest career cash, trailing only his $33,329 MSPT effort and a $31,805 Legends of Poker cash in 2013. Mesina had to top a large field to collect his first RGPS ring, as the three-day event drew 559 entries to build a $279,000 prize pool. 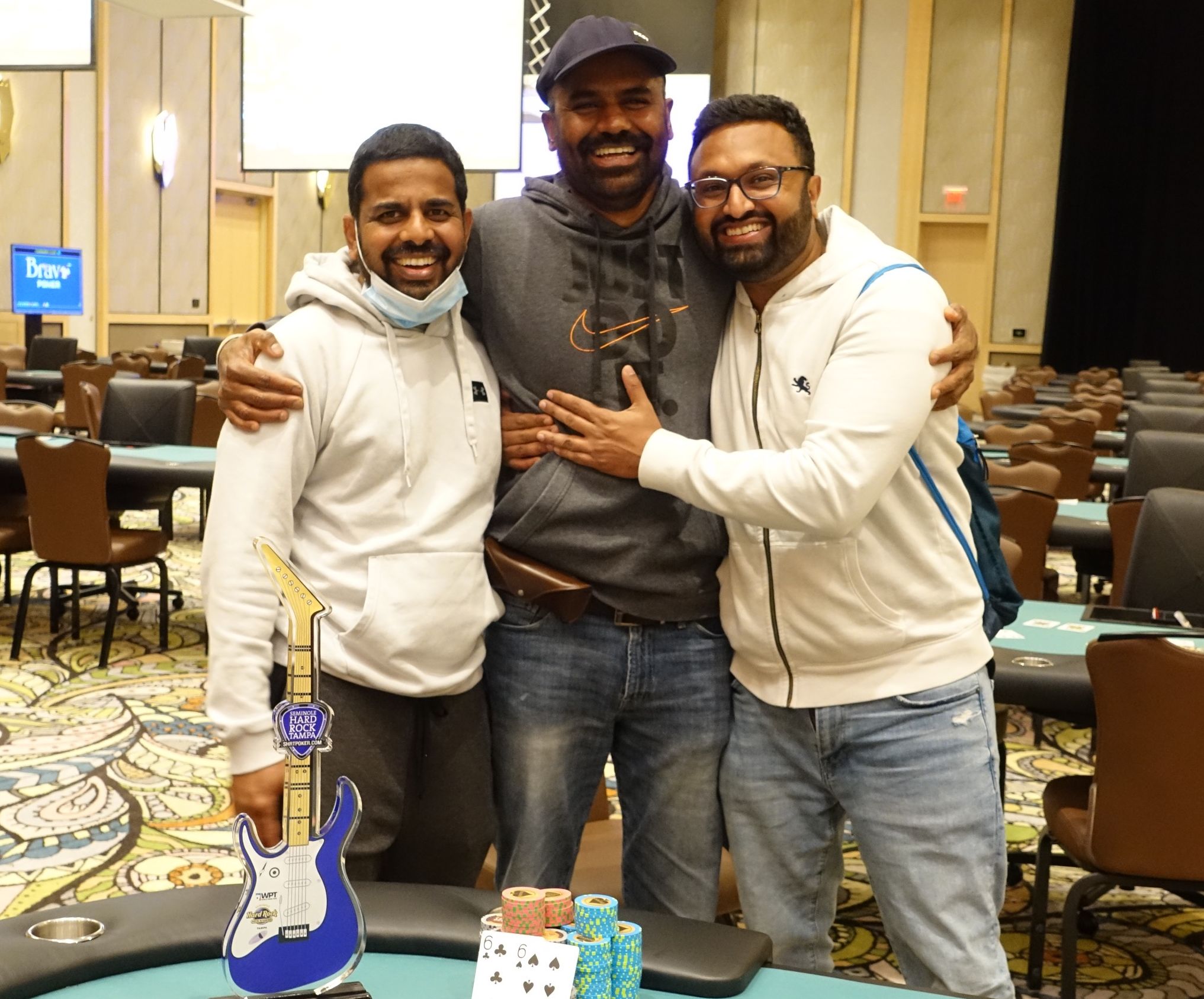 Add Balakrishna Patur to the list of poker pros who are having a great 2021. Just weeks after winning the long-delayed final table of the 2019 WPT LA Poker Classic for just over a million dollars, Patur ventured to Seminole Hard Rock in Tampa for the World Poker Tour’s ongoing series there. However, as the Hard Rock’s reporter discovered, he wasn’t even going to play in this one. Patur’s plans were to play in the series $2 million main event, but when Patur and his friends arrived at the hotel, their room wasn’t ready and they couldn’t check in. So they played this $1,100 event, which drew 222 entries and offered $215,340 in prize money, and yes, Patur won the whole thing. (That’s Patur with his road roomies, above, celebrating his unexpected win.) He captured the win on a three-way, pre-flop all-in hand against Jay Giles and Derek Bowers; Patur’s pocket sixes held up against Giles’ A-K and Bowers’ A-6.