Big Winners of the Week (April 4 – 10): Phil Ivey and Teun Mulder Dominate in Cyprus, Song in Tune at WSOPC, and Rann Runs Away with UKIPT Title

When Phil Ivey wins $1.1 million and he’s not the biggest winner of the week, you know the last seven days in poker have been busy. With a score of almost $2 million, Dutch pro Teun Mulder celebrated the seminal moment of his career so far in Cyprus. However, it’s not all about seven-figure payouts. Our latest round-up also features impressive performances from rising stars like Korea’s Daewoong Song and English pro James Rann. To see how they got on, here are CardsChat’s Big Winners of the Week ending April 10. 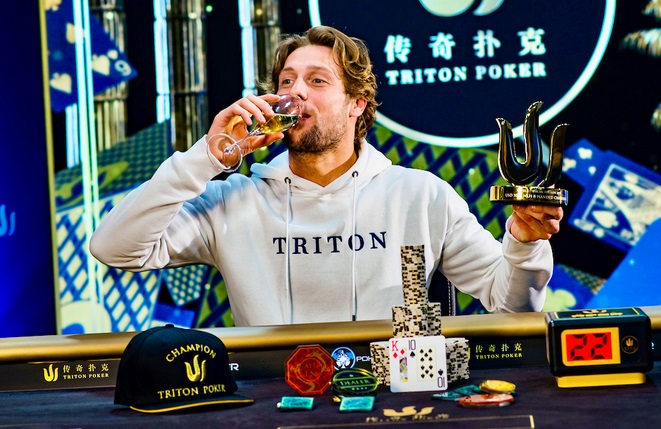 Mulder came through a field of 69 runners to beat countryman and fellow high-stakes pro Tom Vogelsang in the second event of Triton Cyprus. The $100,000 tournament attracted a who’s who of poker, including Triton Series co-founder Paul Phua. Buoyed by a series of strong results, including a second-place finish in the WPT Online World Championship in 2020, Mulder battled his way through the all-star line-up on Monday to claim his biggest ever tournament prize. 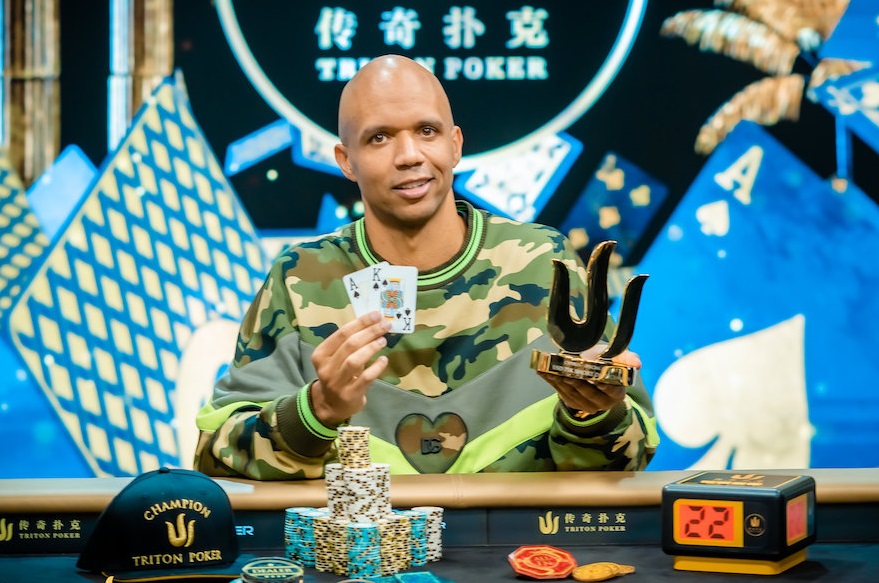 Ivey might not be a regular on the Triton Poker circuit, but he’s certainly made a splash in recent days. The iconic pro cashed in three of the first four events in Cyprus. One of those cashes was an outright win in Event #3, a 75,000 short deck event that attracted 51 entrants, including Ivey. With momentum on his side, Ivey battled through a tough final table on Wednesday to secure his 9th $1 million+ tournament win. 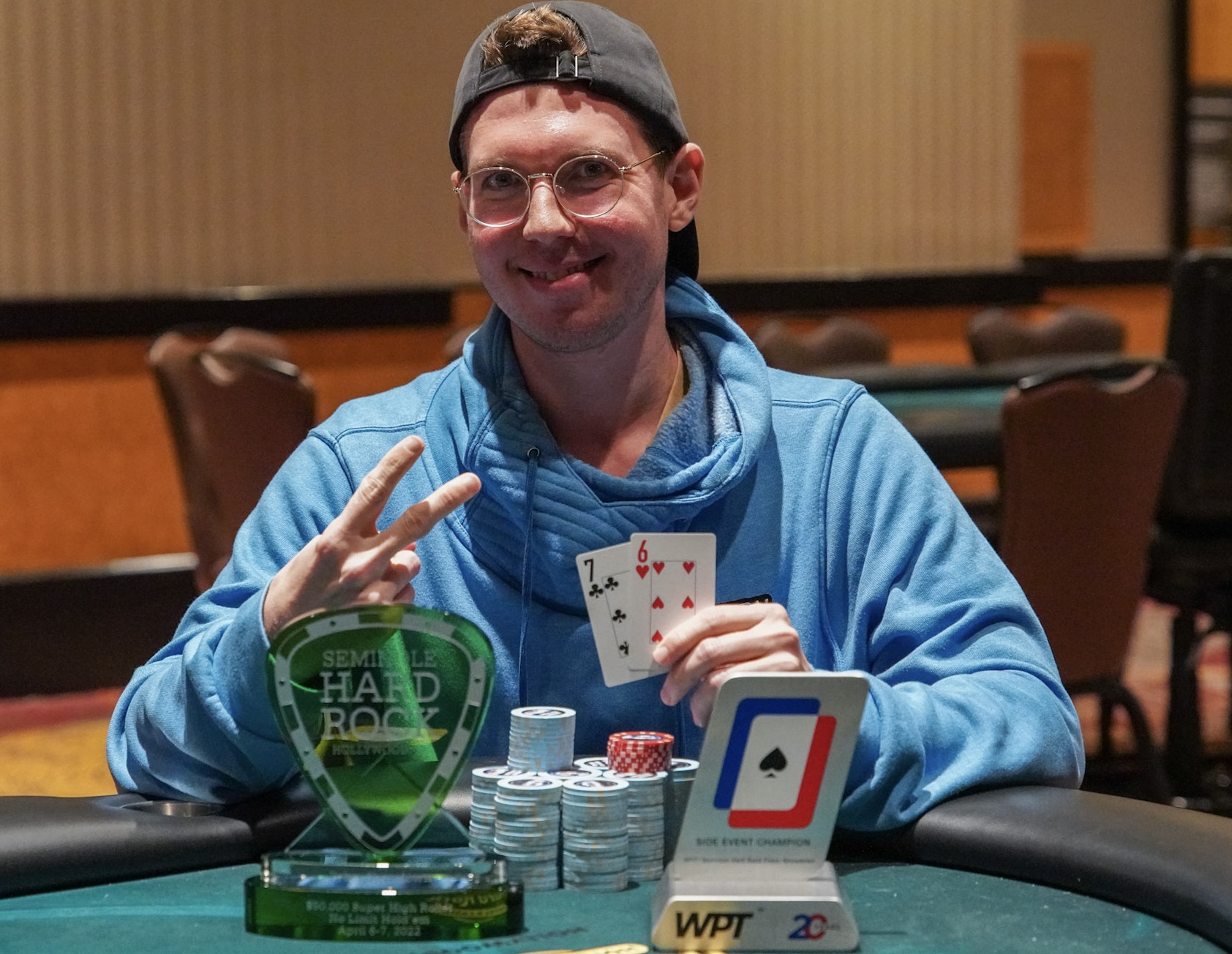 The high rollers were out in force at the latest WPT in Hollywood, Florida, and it was Lichtenberger who climbed the highest last week. The tournament specialist who made his name online as LuckyChewy, topped a field of 39 entrants in the $50,000 super high roller. Lichtenberger has been on a tear in PokerGo events recently. He won the PokerGo WPT High Roller at the Bellagio in December and came second in the PokerGo Cup opening event in February. He added another win to his tally on Thursday after beating Alex Foxen heads-up. 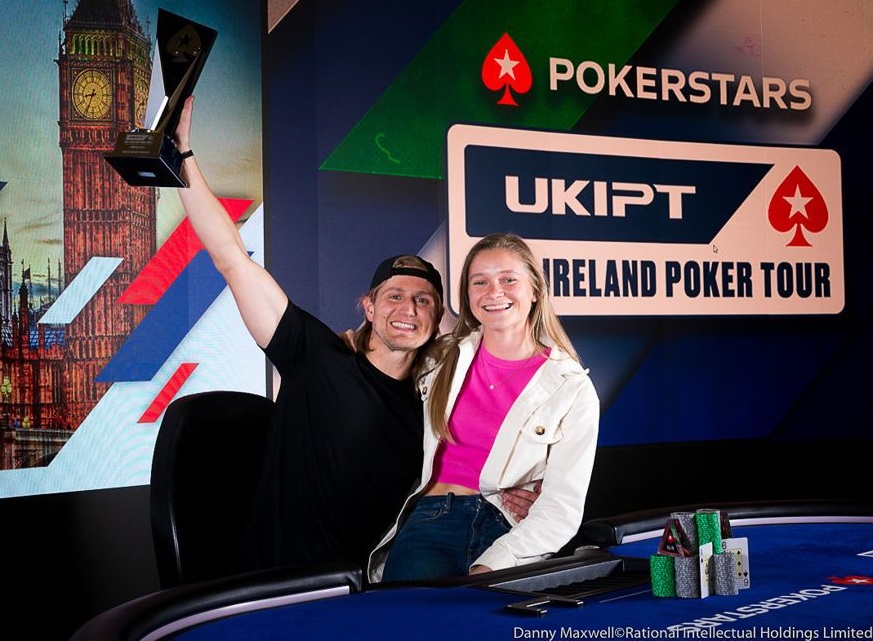 Rann had to come from behind to get his first live win since 2013. The Englishman has a string of cashes on the British circuit, his most notable coming in the WPT UK Main Event where he finished third for $168,500. His persistence finally paid off on Sunday when he beat a field of 645 players in the £1,100 ($1,435) UKIPT London Main Event. Rann cut a three-way deal with Lukas Dimsa and Rickie Vedhara. Despite having fewer chips than his opponents, Rann ran hot at the right times to take control and win the tournament.

German grinder Thiemer picked up the biggest win of his career in the Czech Republic on Monday when he won the WSOPC Mini Main Event. The €250 ($270) tournament attracted 2,532 entries, which pushed the prize pool over the $600,000 mark. When the masses had cleared and only Slovakian pro Michal Zimani was left, Thiemer put on a strong display to win his first WSOPC ring, a free seat in the WSOPE Main Event, and a prize worth 50X more than his previous biggest cash. 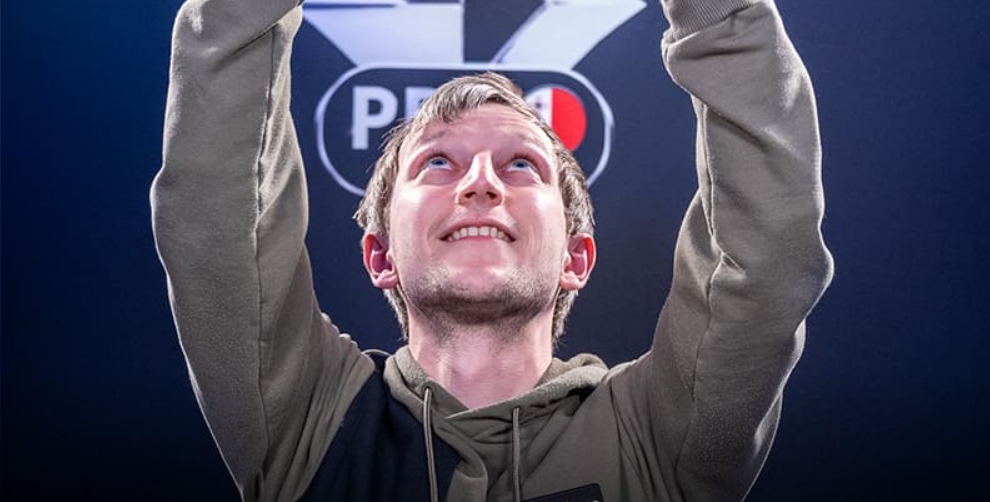 Hutchins achieved the dream on Tuesday when he turned a satellite ticket into a PPC Main Event title. The British pro qualified for Partypoker’s latest live event via a $109 online satellite. That win booked Hutchins a trip to Malta where he found himself up against 847 players in the €550 ($600) PPC Malta Main Event. The bumper field meant the winner was set to take home €81,000 ($88,309). However, after some heads-up negotiations, Hutchins locked up just over €70,000 ($76,000) before going on to win his first live title.

South Korean pro Song broke into his country’s top-20 prize winners on Monday after taking down the €660 ($720) Fiftystack event in Rozvadov in the Czech Republic. 187 players entered the WSOPC event and 62 exercised their right to re-enter. When the betting was over, Song beat Marko Topić to win his first live event outside of Asia as well as the second-largest payday of his career. 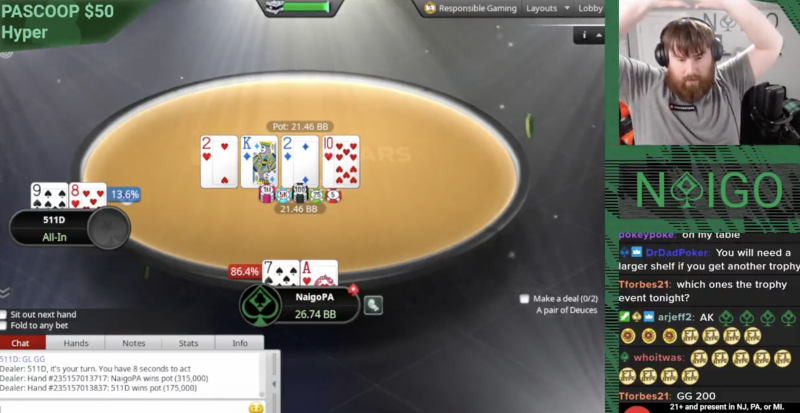 Mark “NaigoPa” Foresta, a Team Online member of Pennsylvania PokerStars, went back-to-back in consecutive Spring Championship of Online Poker events last week. He took down a $200 buy-in bounty event for $20,316 (bounties included) on April 4, and a $50 buy-in six-max hyper-turbo event for an addition $2,414 on April 5. He finished as runner-up in two events before winning the trophies. He can be found streaming on his Twitch channel nearly nightly.

Daniel Smyth and Bob Pajich contributed to this report. Know a big winner we missed? tips@cardschat.com