Big Winners of the Week (Dec. 6 – Dec. 12): England Wins in the US, Singh Wins Two in One Day, and Gulas Jr Wins WSOPE Main Event

This week’s Big Winners show, once again, that women are no less capable than men at the poker table, and that success isn’t always fleeting. With Kyna England taking down a stacked Mid-States Poker event in Minnesota and Raminder Singh winning twice in one day, there’s a lot to marvel at as we head toward the end of the year. So, with all that being said, here are CardsChat’s Big Winners of the Week ending Dec. 12.

This year’s WSOPE Main Event trophy is staying in the Czech Republic thanks to local pro, Gulas Jr. The win was the biggest of his career by more than $1 million, and provided his first WSOP bracelet. Gulas Jr. won his way into the €10,350 ($11,700) event after cashing in a previous tournament at King’s Resort. He had planned to enter even without a ticket because the opportunity to win a bracelet in his own country was too good to miss, he told reporters after the fact. Regardless of how he got in, the decision to play paid off as he topped the 589-entrant field to become the eighth player from the Czech Republic to win a WSOP bracelet.

England won in Minnesota on Sunday by taking down the $1,110 Mid-States Poker Tour Main Event in Shakopee. The Poker Power coach has been on a tear in 2021, running deep in multiple MSPT events and picking up more than $500,000 in prize money. She won even more late last week after defeating a field of 1,042 entrants. In addition to securing another six-figure payday, the win earned England her second live title, adding to the WSOPC ladies’ event she won in 2020. 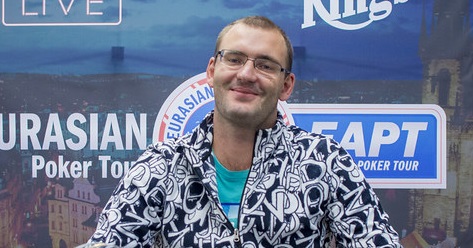 Novak has come close in major online events over the last 12 months, finishing third in the 2020 Super High Roller Bowl Online and second in the WPT500 Online Main Event in March. He’s also won SCOOP titles, so he’s pretty much done all you can do online. And, with more than $550,000 in online earnings, those performances gave him the confidence to know he can mix it up with the best. That confidence certainly helped on Thursday. With 334 entrants whittled down to a final table of nine in the $1,050 EPT Online opener, Novak didn’t have it easy. With PokerStars’ Fintan Hand and Brazilian pro Lucio Lima battling for the title, the Ukrainian had to fight hard and fight hard to claim the title. 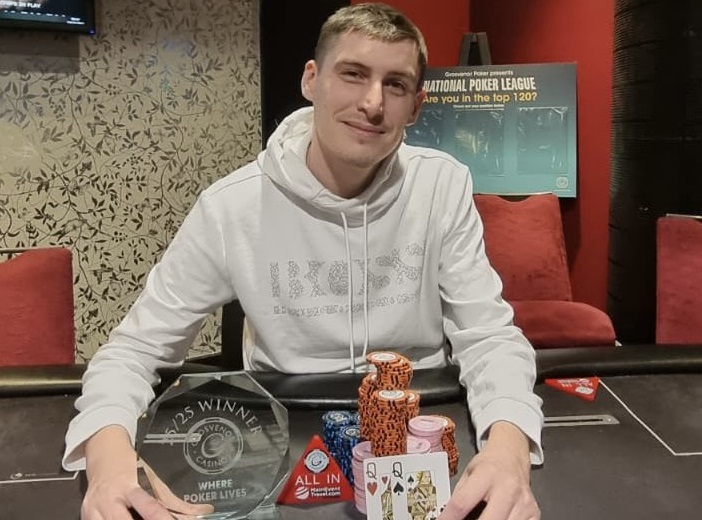 Grosvenor’s live events have gone from strength to strength this year following the reopening of casinos in England, and the latest 25/25 showdown in Walsall didn’t disappoint. The £220 ($291) tournament attracted 532 entrants, making it one of the largest 25/25 events in history. That level of interest was great news for Mager. The English amateur had two previous cashes worth a total of £460 ($610) going into Sunday’s final table. He bested those results by a significant margin and picked up his first live win after beating Daniel Jackson heads-up. 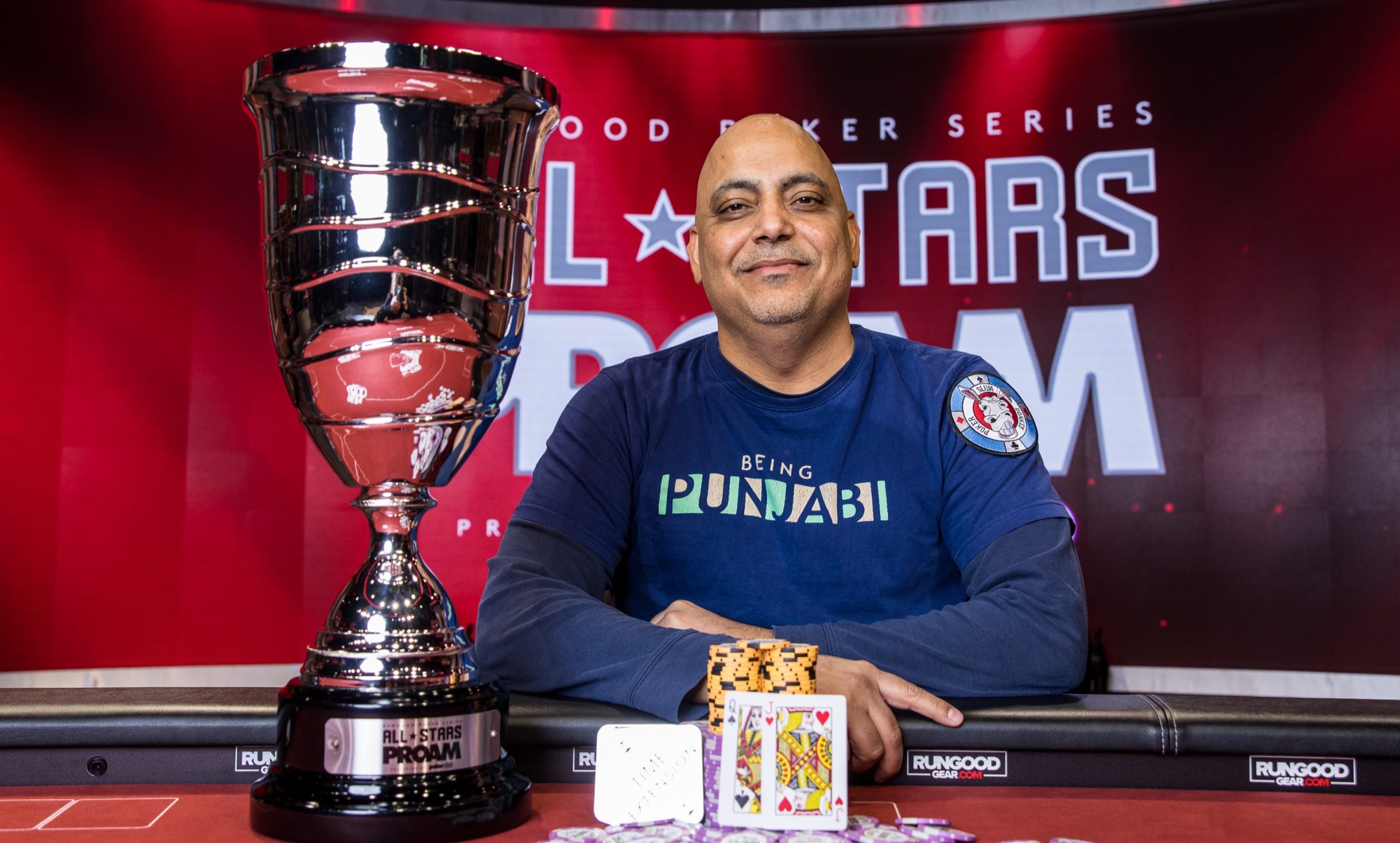 Singh won two tournaments on the same day last week. “Wow, that’s impressive,” you might say, but online pros like Chris Moorman do that all the time. And, they do. But Singh, a previous Big Winner, wasn’t playing online; he was playing live in Las Vegas. Known as The Raminator on the US circuit, Singh beat a field of 88 entrants in the $550 RunGOOD All-Stars Pro-Am Invitational on Saturday. From there, he went a few blocks north on the Strip to the Wynn where he continued his good run in the casino’s $550 Survivor Bounty event. That win earned Singh another $4,000 and the unique honor of becoming a double champion on the same day. 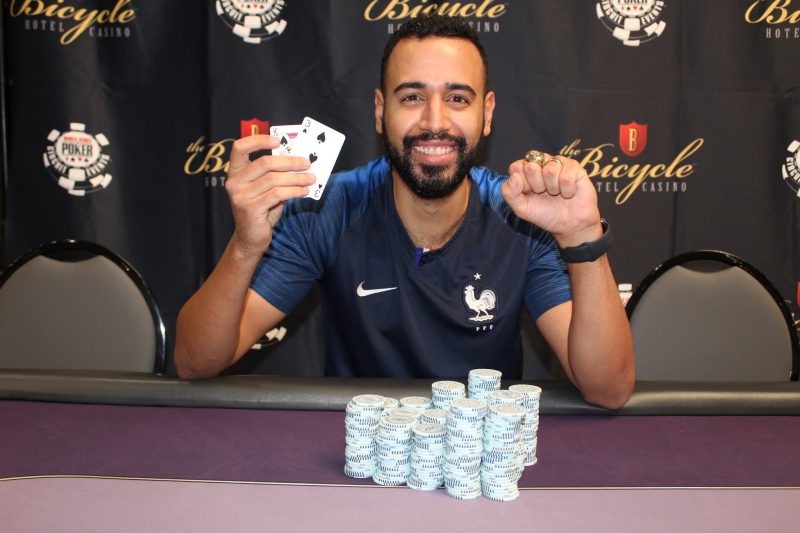 Bechahed made a recent decision to focus more on live events after primarily playing online tournaments in his native country of France. It’s a decision that appears to be paying off, as Bechahed won a $400 turbo event at the World Series of Poker Circuit stop in LA on Thursday, good for $10,955 and an entry into a $1 million Tournament of Champions freeroll. A week earlier, Bechahed took down a $400 bounty tournament at the WSOPC, good for another $5,790.