In preparation for expanded sports betting in the US and in NCAA college football more specifically, Big Ten Commissioner Jim Delany said that coaches need to start making injury reports available to the public — in part to appease gamblers. 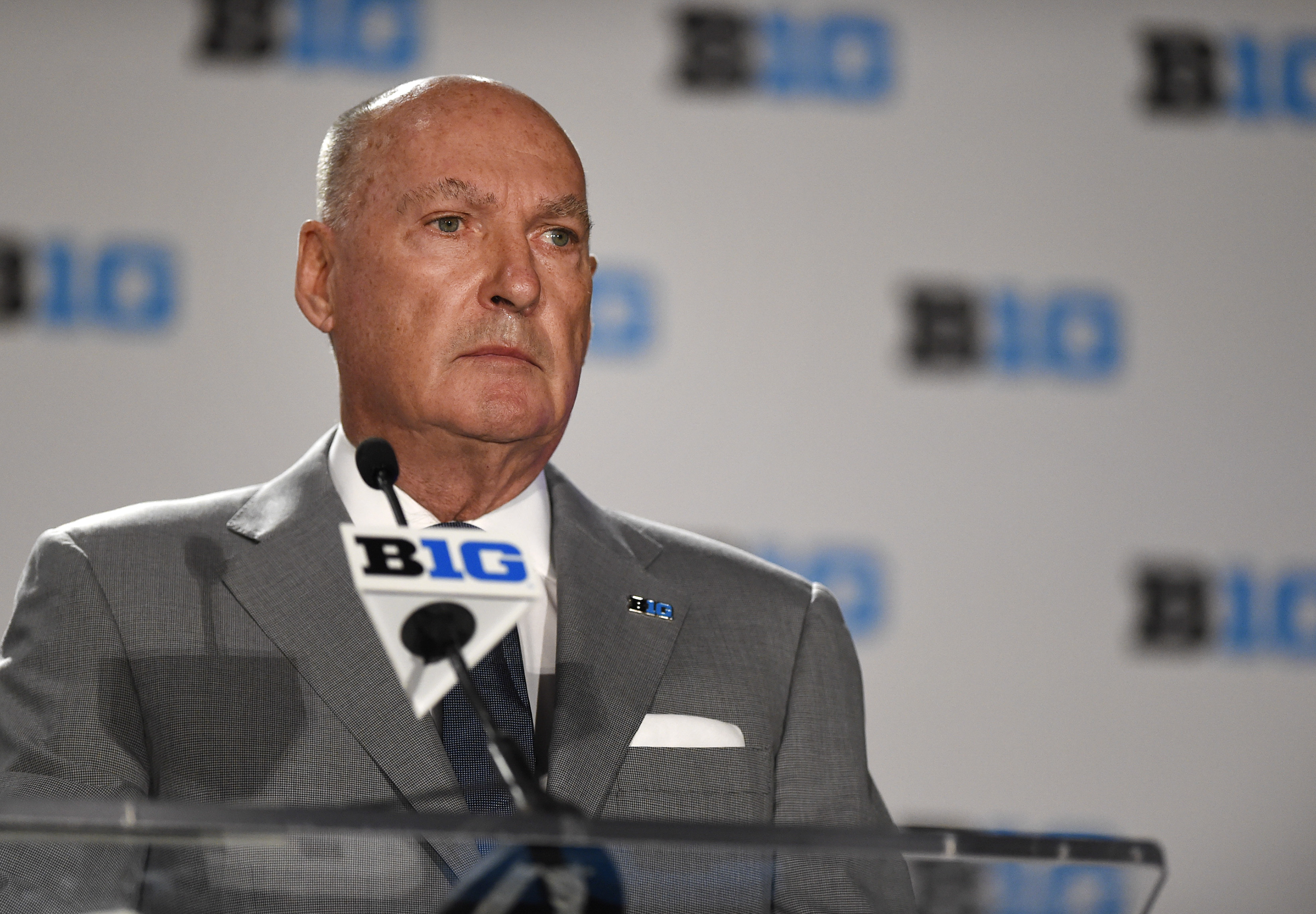 Commissioner Jim Delany said at Big Ten media day that coaches should be required to publicly release injury updates for players in the wake of expanded sports betting in the US. (Image: PennLive)

Many college football coaches avoid releasing injury information for privacy reasons, a nice gesture to the players. But doing so makes it hard to handicap games when a star player’s injury status is unknown.

Iowa coach Kirk Ferentz, the longest tenured head coach in college football entering his 20th season on the Kinnick Stadium sidelines, has been one of the most notorious offenders.

Ferentz, whose name is still often mispronounced by sports broadcasters after all these years (it rhymes with “parents”), has a long history of avoiding questions from the media about the status of an injured player. In most cases, fans are forced to wait until kickoff before getting an answer.

Delany, the conference’s commissioner since 1989, may decide to force Ferentz and his other coaches to start making injury statuses available to the public.

Ferentz, who was more concerned with his starting defensive tackle (Brady Reiff) recently getting arrested for drunkenly mistaking a cop car for an Uber driver, didn’t address the injury status issue. Minnesota coach PJ Fleck, on the other hand, said he agrees with the commissioner.

Delany, who admits he doesn’t fully support the recent US Supreme Court decision to overturn the Professional and Amateur Sports Protection Act of 1992 (PASPA) that previously made it illegal to gamble on sports outside of four protected states, said forcing coaches to release injury reports is something he “should have done before.”

Looking Out for Gamblers


CBS Sports journalist Dennis Dodd first reported in early July that the Big Ten was considering the idea of a required public injury report. The driving force for the change, according to CBS Sports, is the Supreme Court’s recent ruling.

At media day, Delany said that “when players are unavailable,” gamblers should have access to this information so they can make informed wagers.

In year’s past, releasing injury reports has been at the discretion of each coach. In many cases, finding out an injured player’s availability for an upcoming game has been a difficult task. With expanded sports betting throughout the US, Delany says coaches should be required to provide injury statuses for the gamblers.

The more players will have information about sports events, especially – the information is not obvious, hidden, the less will bookmakers have the opportunity to manipulate the odds on the results of the competition. Sooner or later, legislative rules will be adopted that require disclosing more and more information. On the other hand, if we know absolutely everything, will the sport become too predictable and not interesting?