The Bicycle Casino in Bell Gardens, California, announced Friday that it will postpone the rest of its World Series of Poker Circuit event effective immediately due to concerns over the spread of coronavirus. 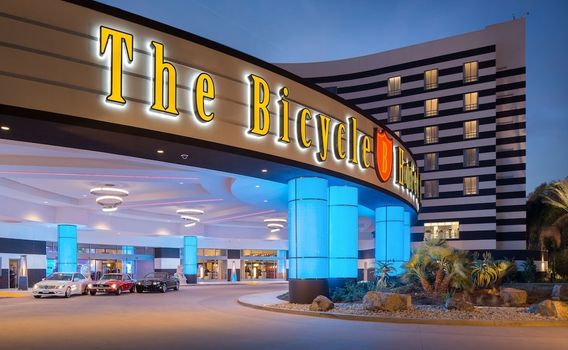 The Bicycle Casino announced Friday it is postponing the rest of its World Series of Poker schedule due to the coronavirus outbreak. (Image: Kayak)

“The decision was made out of an abundance of caution and to protect the well-being of our customers and employees,” the notice on the casino’s website stated. “Please be assured, our team is monitoring the situation closely, and we look forward to announcing a future date soon.”

This WSOP-C event had been scheduled to take place March 7-18. Seven of the 13 ring-bearing tournaments had already been completed. Attendance was down in those first tournaments compared to previous circuit stops at the Bike. An $1,125 NLH event was supposed to start today, and the $1,700 main event would’ve started on Sunday.

Should More Poker Events be Postponed?


The news from the Bike came after many organizations and sports leagues announced the postponement or cancellation of upcoming events, including the NCAA men’s and women’s basketball tournaments, and the NBA and NHL seasons. Theme parks like Disney World and Universal Studios have also closed as public officials urge “social distancing,” or people separating from one another to prevent contagion.

There is hardly any situation more contagion-prone than a poker table, with players sitting shoulder to shoulder and handling the same chips and cards. That’s why players like Daniel Negreanu have urged card rooms to close and for players to go home.

CardsChat first reported two weeks ago the WSOP’s initial plans to go forth while still seeking the guidance of experts in dealing with coronavirus When asked this week about the possibility of a WSOP postponement or cancellation, Caesars Vice President of Communications Seth Palansky referred CardsChat to the Caesars official response page that features the standard boilerplate about people washing hands and employees using more disinfectant on high-touch surfaces.

‘People Need to Be Protected From Themselves’

Arthur Wu posted on the RealGrinders Facebook group page that he hopes the WSOP is canceled.

“People need to be protected from themselves,” Wu said. “It just feels selfish to be going out and risk continuing spreading the virus.”

A poll on the site Wednesday found that a majority of players are still hitting the felt despite the coronavirus threat, but that seemed to quickly change, as Thursday’s CardsChat article on the current state of Las Vegas poker rooms showed.

While fewer players are at the tables, most poker rooms are continuing on with business as usual – with extra safety measures. The South Point poker room posted on its Facebook page that it’s making more hand sanitizer available and cleaning tables after every use. The casino is also offering more six-max games so players aren’t sitting so close together.

But as RealGrinders user Jason Pate asked, “Is it enough?”