The NFL’s Championship Games are set to kick off Sunday afternoon, and the betting odds suggest a thrilling and tight slate of games on tap. 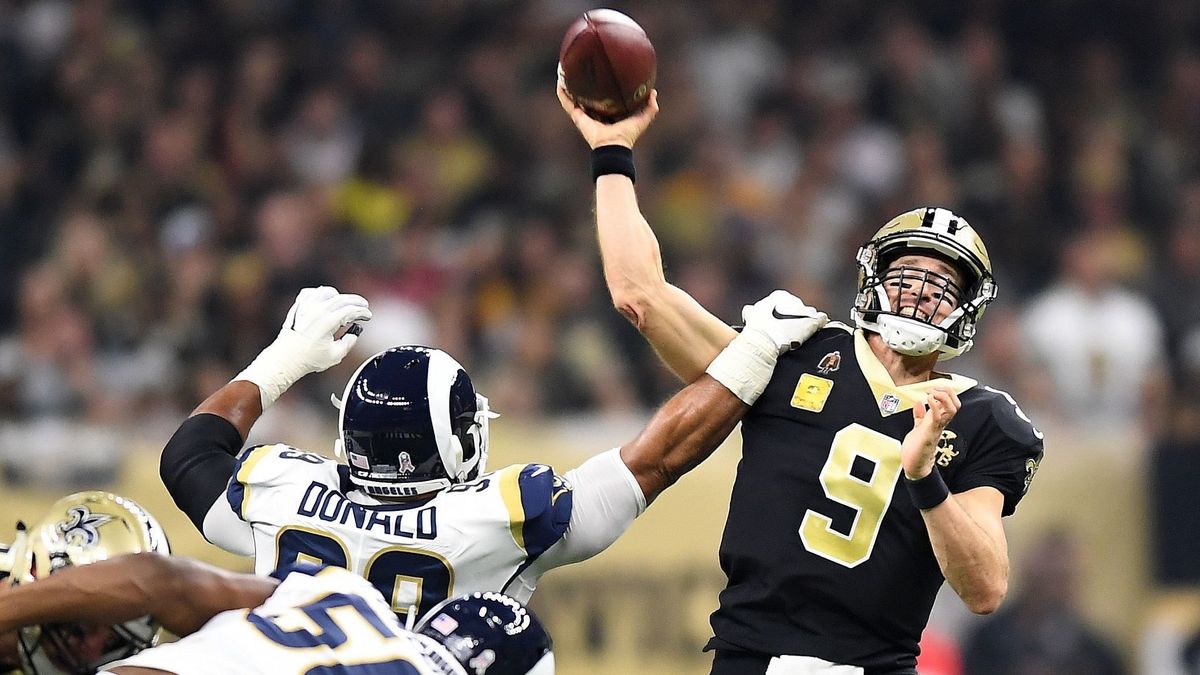 Drew Brees got the better of the Rams in theior first matchup this season with a 45-35 win (Source: LA Times)

In the AFC, the Kansas City Chiefs (12-4) host the New England Patriots (11-5) at Arrowhead Stadium, where the Chiefs have been installed as 3-point favorites. That’s where the line opened, and that’s where it has stood all week.

With a total of 565 points scored in 2018, Kansas City lays claim to being the third-highest scoring team in the history of the NFL.

“They have a great offense,” deadpanned Patriots coach Belichick in his news conference this week. “Andy [Reid] does a great job of putting the defense in compromising positions where you have to make choices, and the quarterback makes choices based on that. They’re hard to stop.”

Belichick had no answers when these teams met in Week 6, giving up 43 points to the Chiefs in a 43-40 loss.

According to The Action Network, Chiefs -3 is the most popular bet of the weekend so far, garnering 55 percent of the public bets.

Unlike the AFC tilt, this game has been subject to some line movement. While the Saints opened as 2.5-point favorites, a steady stream of money pouring in on the Rams moved it to -3, and in some places even moving beyond that key number of 3.

As it stands, the Westgate Superbook and Bovada are two of the major book makers offering a -3.5 line for the Saints, while most other books have settled in at -3.

We can only guess whether or not the Poker Brat Phil Hellmuth will once again make a parlay on the two underdogs this week. A successful $100 parlay wager on the Patriots and Rams this week would net a bettor $508 in profit.

When the playoffs opened, betting odds suggested that the Chiefs vs Saints was the most likely matchup for Super Bowl 53 in Atlanta, and nothing has changed since then.

But what about the potential lines for the various matchups? Despite the fact the participants have yet to be set, punters can still place a wager on each Super Bowl matchup.

Here are the lines on all four potential games:

It would appear that, no matter the outcome of this weekend’s games, we’re in for a close and exciting Super Bowl.

keep betting on the home teams !