We Have Betting Lines for the 2021 Poker Hall of Fame

Poker Hall of Fame officials (aka the WSOP) released their 2021 nominations on Monday, adding three new names to a list of longtimers hoping to get in before they die. I spoke with some opinionated pros and industry insiders while looking at nominations in previous years to come up with betting lines … for entertainment purposes only, of course. 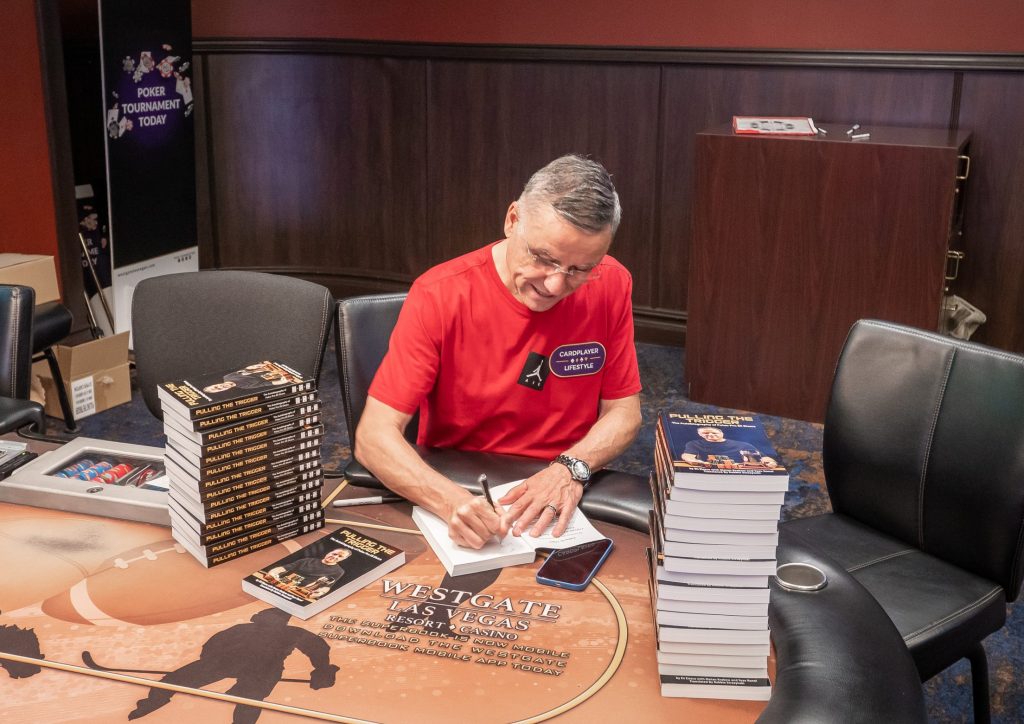 Eli Elezra may belong in the Poker Hall Of Fame, but it probably won’t happen for him this year. (Image: Chris Wallace/CardsChat)

Nominees are determined by an online voting process open to the public, with the top 10 being put before the 32 living members of the Poker Hall Of Fame, who then vote to select one new member each year. A media panel that used to contribute to the vote was disbanded in 2020.

The three new names added are all players known for their domination at the table — Bertrand “ElkY” Grospellier, Layne Flack, and Michael Mizrachi.

The three names bumped off the list in 2021 were poker legend Patrik Antonius and ESPN broadcasters Lon McEachern and Norman Chad, who were the first duo to be nominated together.

Officially, the criteria for eligibility are:

Unofficially, here are the odds in alphabetical order:

Elezra is a great player and a great guy. He belongs in the hall someday, but this year, there are too many other strong entries and I don’t think this is his time. He did come in fourth last year, so the Israeli mixed-game wizard isn’t entirely out of the running.

Esfandiari is not only one of the most famous players on the list, but he’s also amassed nearly $28 million in winnings and had his own TV show. Antonio will definitely get in the hall, but I’m not sure it will be this year.

Ferguson is one of the most famous players in the world and his accomplishments at the table are impressive. The question is whether or not his involvement with Full Tilt Poker will hurt his standing with the voters. I think, with at least some of them, the cloud from the aftermath of Black Friday hasn’t lifted. “Jesus” may get in someday, but there’s no indication it would be this year.

Flack sadly died unexpectedly in July and will be missed by many. He likely would have ended up in the hall anyway, but his passing is likely to speed up the process. He was friendly, charming, and well-liked in the community, though at times a tragic figure. Flack is the odds-on favorite to win this year, but voters will beyond retirement age may not appreciate him as much as some of the other nominees.

Forrest is a true legend. He belongs in the hall. Nearly every great old gambling story I hear involves him in some way, and he is well-liked by the older voters in the hall. This may not be his year, but it’s coming sooner rather than later, and he counts many of the current members as friends.

ElkY has already had an impressive career, but he’s no Daniel Negreanu or Phil Ivey. Having just turned 40 this year, he isn’t well-known to some of the voters and hasn’t accomplished enough at the live tournament tables to get in on his first year of eligibility.

The Mouth is certainly famous, and despite his rants and occasional bad behavior, the old guard that makes up most of the voters views him favorably. But Mike just hasn’t won enough to get in yet.

Mizrachi, widely regarded as one of the best ever, also just turned 40. Even though his first-ballot inclusion is a testament to tournament victories against some of the toughest fields, I don’t think he gets in yet. If he keeps up the pace, he’s a shoo-in 10 or 15 years from now.

Savage might be the most famous tournament director in poker. He’s well-liked and is often seen as the authority when it comes to rules and regulations, and how a tournament should be run. Savage has a real shot, but probably only if there are two nominees and he goes in with Flack. Savage was second in the voting last year, but lost to Huck Seed by a significant margin.

Scheinberg is the billionaire founder of PokerStars and a well-known name in the poker world, though not to most casual fans. While his contributions to the game are impressive, pros and industry experts were split on this one with quotes ranging from “Isai has a real shot,” to “Scheinberg should be a thousand to one. They’ll put Flack in twice before they put him in.” Scheinberg was third in the voting last year, so don’t count him out entirely.

The winner will be announced at the Rio on Nov. 17 to coincide with both the final table of the Main Event at the World Series of Poker and a special Hall Of Fame event that offers a freeroll to current Hall of Fame members. The tournament is open to all, with a buy-in of $1,979 to celebrate the year the hall was created.

Each member of the hall will have a bounty on them equivalent to the year they were inducted, so players cannot only bust a Hall-of-Famer, but also they can get a nice payday for doing so.