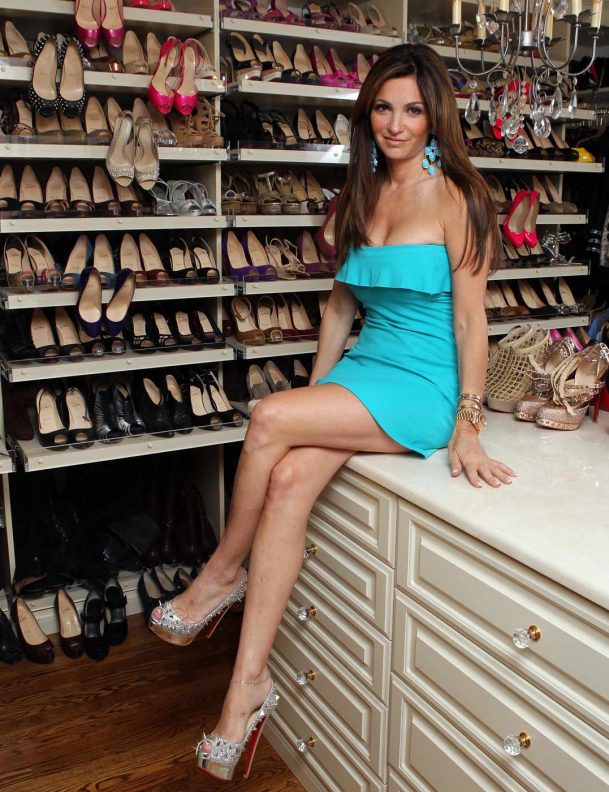 Beth Shak, she of the ankle-breaking designer footwear, is again the victim of hackers, this time via criminals who broke into her suburban Philadelphia home. (Image: Alchetron)

Not many would want to be in celebrity poker player Beth Shak’s famously expensive shoes right now.

After hightailing it out of her Manhattan digs in early June to escape some major hacking that pervaded her cyber and real lives, Shak’s Pennsylvania home, to whence she had escaped, was broken into on June 15.

Ms. Shak has a reported $1 million shoe collection and owns an extensive supply of fancy handbags. But the burglars didn’t touch those prized possessions. They had something less tangible in mind.

Her personal information was again hacked, along with her security alarm, which was disarmed. She didn’t even realize her home was broken into right away. The criminals didn’t touch her possessions or bash in any windows. There was hardly a trace.

So how did she find out someone entered her home illegally? She kept a diary that detailed the hacking incidents.

The diary and a book of passwords were missing. A random burglar wouldn’t have known to look for these items. They would have gone straight for the luxury closet. It’s somehow more frightening to not know why someone is marauding into the inner sanctum of your existence, than to have an actual burglary take place.

We first told you about this story on June 13. Shak, the ex-wife of fellow poker player Dan Shak, is going through another divorce, this time from Fox News Senior Correspondent Rick Leventhal, to whom she’s been married less than a year. Leventhal has already strongly denied having anything to do with any of the incidents, saying he just wants a peaceful and painless transition, and is not considered a suspect.

The 47-year-old was, at first, only the victim of cyber-hacking. Her social media accounts were broken into, and even some topless photos were swiped from her iCloud storage. She also reported that someone was stalking her at her New York City home.

Shak, understandably fearing for her safety, skipped town and found her way to her place in Wayne, Pennsylvania, a Philadelphia suburb. Hoping her life would calm down, the divorcée learned you can run, but you can’t hide, from a sick criminal.

Shak called police on June 17, immediately after realizing her home had been invaded. Investigators are on the case and have visited her suburban abode several times.

It’s unclear if she is the victim of a random hacker or someone who personally knows her. But we hope whoever is committing these crimes is brought to justice and the poker shoe empress sees this heel get jail time.

Shak, as a poker player, has made three WSOP final tables during her career. She is a former Full Tilt Poker pro and, in 2007, said she wanted to be known “as a great poker player,” not as a great female poker player.

So many shoes just wondering if she retired from poker maybe she should become a designer.