Betfair to Stay Put in New Jersey Despite Trump Plaza 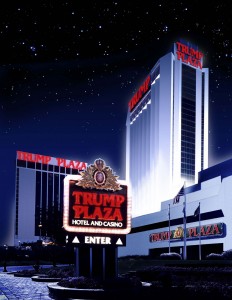 Betfair will team up with Trump Taj Mahal, should the Trump Plaza (above) be forced to close in September, allowing it to continue its remote gaming operations uninterrupted. (Image: atlanticcitycasinos.com)

Betfair will  maintain its online poker and casino operations in New Jersey, despite the imminent closure of the Trump Plaza, a media source said this week. Betfair’s future in the state was thrown into jeopardy several weeks ago when Trump Entertainment Resorts announced that the poorly performing Trump Plaza would close in September unless an urgent buyer is found.

Under New Jersey law, operator like Betfair must partner with existing land-based licensees in order to provide online gaming software platform to residents in the Garden State. The company currently manages Betfaircasino.com, in conjunction with the Plaza and GameAccount, which lead to concerns that it would either have to seek a new partner or call it a day in New Jersey if the Trump Plaza officially closes its doors.

Betfair To Partner With Taj

According to reports, Betfair has been involved in talks with the deputy head of New Jersey’s Division of Gaming Enforcement (DGE) George Rover, who is satisfied that the UK-based company can remain operating within the state. This is because Betfair’s partnership is with Trump Entertainment, rather than simply the Trump Plaza, which also operates the Trump Taj Mahal in Atlantic City, and this should permit the relationship to continue with as little disruption as possible. The fact that Betfair’s technical platform and servers are already located in the Taj will further facilitate matters.

The Taj Mahal’s existing relationship with Ultimate Gaming will apparently not be affected, as state gaming regulations allow a land-based casino to operate up to five different online gambling platforms at any one time.

Betfair has good reason to stick around in New Jersey, but perhaps not for its poker offering, which according to recent figures has amassed a whopping $48 so far this year in gross gaming revenue. But while the poker platform has distinctly failed to set New Jersey gamblers’ ambitions on fire, its casino games are fairing slightly better, with $3.7 million in gross gaming revenue for 2014.

Of course, there’s still a chance that the Plaza might find a buyer, although we’re not holding our breath. Last week,  Atlantic City mayor Don Guardian announced that, while two other AC casinos facing closure, Revel and the Showboat, are garnering interest from potential buyers, he “had not heard” of any interest in the Plaza, which has been the poorest-performing casino in Atlantic City for several years. Last year, the Trump Plaza’s gross gaming revenue was just under $73 million. Trump Entertainment has been unsuccessfully seeking a buyer since 2011.

Meanwhile, should Revel fail to find a buyer, a number of operators may be forced to change their hosting facilities. The casino hosts several remote gaming servers, which would disrupt operations should the Revel ultimately close its doors.

$48 dollars in poker,compared to 3million, that doesn’t add up.