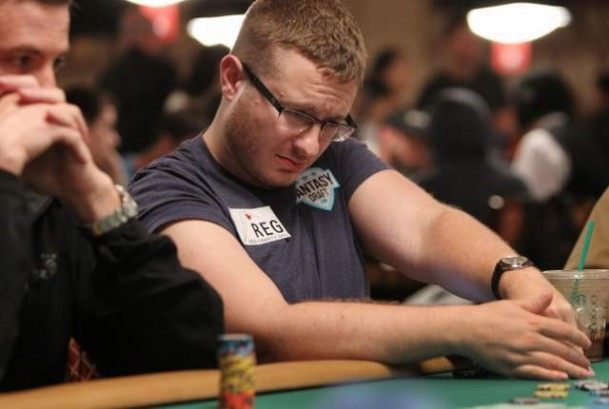 That’s due to rumors that he is, or at least was once, the owner of the account allegedly used by Brian Hastings to play from the US on PokerStars, in direct violation of the not-yet-legal-or-regulated-in-America site’s terms and conditions.

While Noel Hayes has been named before in relation to the scandal, somewhat inevitably since the account in question bore the name “NoelHayes,” it wasn’t until this week that the public at large became fully aware of Hayes’ position within Betbright.

Hayes’ ownership of the “NoelHayes” account was confirmed by Flushdraw.net two weeks ago, via third-party sources. The site also posted a link to an Irish poker forum known as boards.ie, in which Hayes, posting as BigCityBanker, discusses his play in a 2007 online tournament as “NoelHayes.”

BigCityBanker is also Hayes’ Twitter handle and the name he posts under regularly in the TwoPlusTwo forums.

It was in a thread on those very forums this week attention was first drawn to Hayes’ connection to Betbright, which is licensed by the UK Gambling Commission. The opening post from “hotwarmcold” expresses indignation about how someone in his position could find himself involved in such a situation, and urges forum members to write to the UK Gambling Commission to complain.

Hotwarmcold also explained that he contacted Betbright himself, but “got the run around.” Eventually, he was told that senior director Brian O’Dwyer had been informed of his concerns.

Hastings was outed by fellow high-stakes pro David “Bakes” Baker, who claimed it was common knowledge in his circle that the poker pro was using the “NoelHayes” account to allegedly play illegally from the US via a VPN (Virtual Private Network), which permits a user to disguise their server location.

“The reason that the high stakes community isn’t ‘up in arms’ is most of them know about it already,” said Baker. “They were told directly from the horse’s mouth.”

If Hayes has willfully facilitated Hastings’ play in a jurisdiction where he is not legally permitted to play, it could prove to be a headache for both the sports book developer and Betbright, which may have to explain itself to the UK regulator.

“I have been following the [accusation] thread some but been very busy this summer playing the WSOP,” said Hastings, in response to the initial allegations on TwoPlusTwo, neither denying nor confirming. “I’m aware of the allegations, but at this time I have nothing to add to the conversation publicly.

“I stopped caring what strangers on the internet said or thought about me many years ago; otherwise I probably would’ve jumped off the deep end by now. What I do care about is something like this being a major story in the poker world at a time in which the WSOP [was] in full force and we should be trying to promote and grow the game of poker, rather than drag it through the mud,” Hastings added.

The “NoelHayes” account went from scoring modest three and four-figure profits each year since it was created in 2007, to clocking almost $300,000 since the beginning of 2015.

I play on Poker Stars & lost money to Brian Hastings under the account ”NoelHayes”. My question is if it goes against PokerStars terms and conditions. Will get or recoup my money I lost to this player illegally?

Also is this player being allowed to keep the money won on the account?

I feel these are fair questions. Hoping to get some fair answers from Poker Stars.

Remains to be seen or waiting on the outcome from this. So far haven’t heard anything from PokerStars on this Story.