Bestbet Jacksonville’s bid to offer slots alongside its poker provisions has been denied by state regulators. 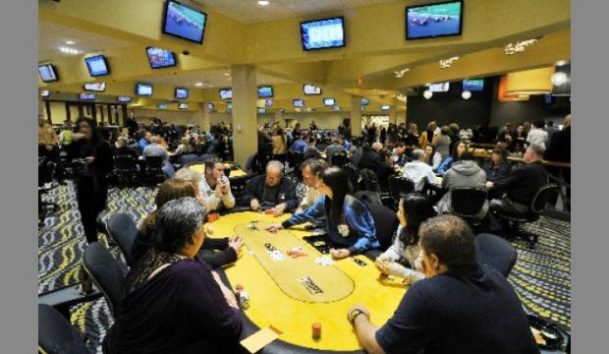 The ongoing convergence of poker and casino gaming may be making strides in the online world, but the same can’t be said for Jacksonville’s Bestbet live poker room.

According to a report by Jacksonville.com, the poker room had applied to have 2,000 slot machines installed alongside its 70+ poker tables.

The application was mode following a November 2016 referendum through which Duval County voters approved an amendment that would authorize slot gaming at the Jacksonville venue.

In a bid to secure a favorable outcome, Bestbet spent $2 million on a campaign that outlined the benefits of adding slots to its existing roster of cash games and tournaments.

Three Reasons to Block the Move

However, despite the positive reception by local voters, the state’s gaming regulator has denied the application on three grounds. As outlined in a letter sent to Bestbet President Jamie Shelton on March 9th, the state has blocked the move because it doesn’t officially recognize the referendum.

Looking specifically at the law, state regulators explained that slots can’t be authorized in a county where the referendum wasn’t authorized by law or the state Constitution. Secondly, Florida Constitution only allows local votes on slots to take place in Miami-Dade and Broward counties.

Finally, state gaming laws only allow slots to be offered in venues connected to a live gaming facility. Although bestbet Jacksonville offers poker, it isn’t technically considered a casino or racetrack and only operates thanks to an agreement with its sister facility, bestbet Orange Park racetrack.

As it stands, Bestbet Jacksonville has 21 days to file an appeal or request a hearing on the matter. At this stage, however, the poker room isn’t considering taking action but, instead, will wait to hear the outcome of a Senate bill regarding slots in Florida.

Senate Bill Could Offer a Reprieve

As per the bill, select counties within the state will have the power to enact their own slot law amendments via a referendum. Duval County, where bestbet Jacksonville is located, is among the counties that could be given the power to implement its own laws regarding slots.

Should this happen, the November 2016 referendum vote would be recognized by law and, therefore, allow the poker room to offer slots. Although slots and poker don’t share many similarities, their presence could certainly increase traffic inside the poker room.

In Nevada, for example, slot machine revenue topped $7.16 billion in 2016, which was up 2.3 percent compared to previous year. Put into context, Nevada casinos generated $10.76 billion in gaming revenue in 2016, which means slots account for around 70 percent of the overall earnings.

As well as a potential revenue boost for bestbet Jacksonville, the presence of slots could bring more gamblers into the venue, gamblers who may then try their hand at poker. The end result would be more action at the tables and more potential prize money for players.