Jan Bendik topped a record field at the EPT Grand Final Main Event on Friday, defeating Adrien Allain heads-up for just over $1 million. And with 1,098 runners, this was the biggest EPT Grand Final in the event’s twelve-year history. 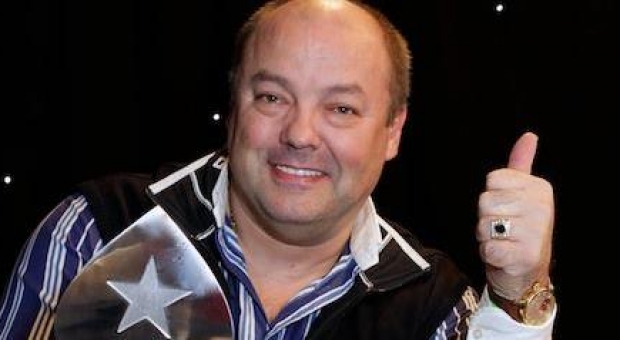 Jan Bendik (seen here with his Season Nine EPT Player of the Year award) took down the EPT Grand Final ME, and didn’t mind doing publicity after, which is exactly what Justin Bonomo wanted no part of last week. His wish was granted, but at a high cost to the player. (Image: pokerarena.cz)

The 51-year-old Slovakian is a well-suited Grand Final winner, having blazed a trail through the tour over the last few years.

In fact, Bendik was EPT Player of the Year in Season Nine, cashing in a whopping 16 events for during the tour, including winning four events and making nine final tables.

Until now, though, a major main event title has remained elusive, as he told the PokerStars Blog after his victory.

“I’ve been trying for this my whole career,” said an emotional Bendik. “Before this, the biggest tournaments I’d won were €2,000 [buy-ins]. I’ve played a lot of final tables, so I wasn’t thinking specifically about EPT Main Event ones today. But if you look me up, when I’ve made it to heads-up, apart from one time, I’ve always won.

“That’s why I didn’t want to make any deal,” he continued. “I trusted myself to beat my opponent heads-up. A lot of luck had to be involved to make that happen but that’s part of the game.”

Year of the Pro

Bendik’s win here crowns a season in which well-known pros have thrived. Since John Juanda got the ball rolling in Barcelona, it’s been the recognized players who have risen to the top throughout Season 12, as opposed to the talented but unknown newcomers that we’ve seen so often of late.

One such recognized player who was desperate to win something in Monte Carlo, just so he could have the pleasure of sticking it to PokerStars, was Justin Bonomo.

Bonomo has been a fierce critic of PokerStars’ recent changes to its player rewards system, which favors recreational players at the expense of high-volume, high-stakes players.

“Playing the EPT MC 100k Super High Roller. I will be refusing all media requests from Pokerstars and the EPT. Pokernews, GPL etc. are ok,” tweeted Bonomo last week.

While things didn’t quite work out for Justin at the 100K, he did manage to bink a 2K side event for $126,568, finally allowing him his moment in the limelight, or deliberately perverse, vis-a-vis PokerStars, at least.

Judging by Bonomo’s Twitter account, it appears that he was initially told by a floor man that if he didn’t do the official PokerStars champion photo moment, he wouldn’t get paid.

Bonomo then agreed to that photo, but only if he could hold up a sign saying, “They said they won’t pay me if I don’t take this photo.” He was then informed he would be paid minus the photo, but has been banned hereafter from all live PokerStars events.

It’s probably safe to say that Bonomo and PokerStars are no longer on speaking terms.

Views from a Reg…
Pokerstars must be doing something wrong if they are upsetting the games best players so badly. Coren, Haxton and Bonomo to name a few, have severed ties and are three very well respected and well behaved pros.
I have a hunch when they did an analysis of the business model it was conducted by business analysts with little or no knowledge of poker. I don’t recall any of the Team Pros being consulted on the changes. Can you see Pokerstars hiring Bendik? I don’t think so he’s not ‘pretty enough’.
Its pretty clear they wiped away a lot of the FPpoints debt mountain with the changes to Starscoins, which helps maintain the business but to stab the high volume players in the back without notice was still shocking, even now looking back..
I used to play on the site to maintain Silverstar status because it was worth it, now the loyalty program is pretty much as useless as every other site and does not give me a reason to want to play at their shark infested tables. Now I don’t play on Stars unless I have a good reason to like a promo running.
I can see they are trying to keep things going with scoop, KO and anniversary events but Scoops always been a gimmick to me, are we going to have an Online championship of poker every change of season?
If they want to help the vast majority of players like me (a 10/25nl reg) have more big events with smaller buy ins and reduce the number of cash tables you can sit on to 6 like 888 has done.
Its almost becoming embarrassing to be associated to the site.