Ben Zamani continues to be a player to watch. Adding to his list of recent accomplishments, the 30-year-old pro from Boca Raton, Florida, took down the 2017 River Poker Series $2,500 Main Event at WinStar World Casino and Resort in Thackerville, Oklahoma, on Tuesday. The tournament attracted 926 entries, creating a $2,173,333 prize pool (surpassing its $2 million guarantee), and paid the winner $347,134 after a negotiated chop. 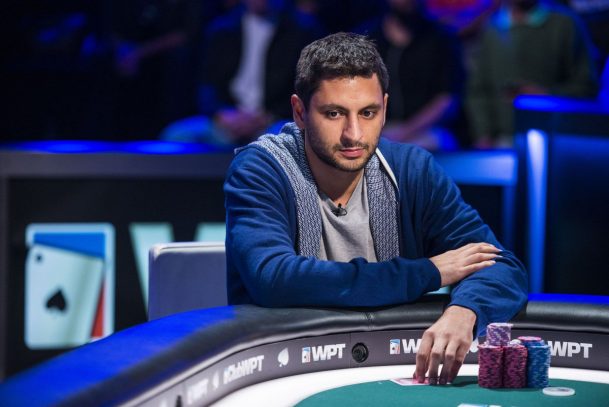 Zamani is the reigning World Poker Tour Player of the Year, and this latest score marked his fourth largest tournament payday. Since 2007, he’s amassed $4,459,266 in live tournament earnings, including a career-high $1 million for finishing fourth in the 2010 PCA Main Event.

With his latest victory in Oklahoma, he jumped to 13th on the list of his home state Florida’s all-time tournament money winners.

From Short Stack to Champ

Zamani began the third and final day of the River tournament with fewer than ten big blinds. At that point, all eyes were on Max Coleman, who was looking to win the title for the second time in three years. But Zamani quietly and diligently began to chip up, and eventually collided with Coleman.

Nguyen didn’t have the best of it for long. The flop came down 9♠A♥Q♥. Coleman saw the ace he wanted, but Zamani flopped the set. Nguyen held out flush hopes when a 9♥ hit the turn, but a brick 5♣ on the river sent Coleman to the rail while leaving Nguyen short. From there, Zamani never looked back.

“In a poker tournament, you’re just never out of it,” Zamani said after the comeback win. “I kept believing and didn’t think about anything else.”

In the final hand of the tournament, which occurred in Level 32 (100k/200k/30k), both players limped pre-flop and check-checked when the cards fell 9♠6♠7♣. When the 2♦ appeared on the turn, Zamani bet 350,000. Jiang came over the top for roughly 5 million. Zamani called. He was ahead with top-pair and a gutshot, but Jiang had nine outs with bottom pair and an open-ender.

The river was the A♣. And with it, so ended The River.