In winning the WPT Venetian, his first World Poker Tour title, Ben Palmer showed why you should never give up with a small chip stack. After Day Two on Sunday, he was near the bottom of the leaderboard. Two days later, he became a Champions Club member and is $431,655 richer. 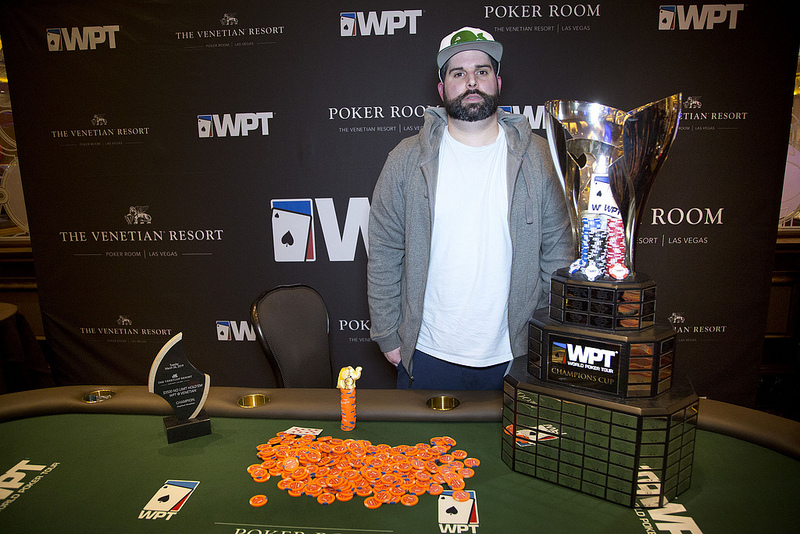 Palmer’s run to the top started on Day Three (Monday). He went from the bottom to chip leader by day’s end. And then finished off the impressive run with a tournament victory on Tuesday in Las Vegas.

Tournament poker, especially major events such as the WPT, is quite a grind. Day Four on Tuesday was no exception. Nine players returned to the Venetian yesterday hoping for a six-figure score. None of them is a past World Poker Tour champion. But one competitor – Jay Farber – is a former WSOP Main Event runner-up (2013).

Farber, who hadn’t previously cashed in a WPT event, was an early elimination on Day Four, however. He exited in eighth place for $52,790. Sean Yu (ninth for $41,665) and Skip Wilson (seventh for $67,675) were also early eliminations, which set up the official final table of six.

Play began at noon PT on Tuesday and it wasn’t until after midnight before Palmer finished off Tony Gargano ($277,760) to win WPT Venetian.

Gargano won a huge all-in against Danny Qutami (third for $204,810) which propelled him to the chip lead as heads-up play began.

He won a quick early pot against Palmer to take more than a 2-1 advantage. Moments later, he picked off a bluff with ace-high on the river and increased that lead to over 3-1.

With momentum, if that’s even a real thing, heavily in Gargano’s favor, Palmer needed to turn the tide. And fast. He got that with a double-up with ace-high all-in pre-flop against queen-high.

Then he started grinding away at the chip leader. Just over an hour into heads-up play, Palmer was back in the lead and he finished the battle off on the 268th hand of the session.

Congratulations, Ben Palmer. I hope one day before I get too old to win a big one, myself. I believe I can keep up with the”big guys” and this is more proof that it IS possible. Entry money is a challenege for me, but this article is iving proof that IT CAN BE DONE!. Very encouraging.