The Mid-States Poker Tour (MSPT) Season 8 finale at Minnesota’s Canterbury Park wrapped up last weekend, and saw 32-year-old poker pro Ben Marsh outlast 493 entries to not only win $102,493, but become one of just nine players in the tour’s history to win multiple titles. 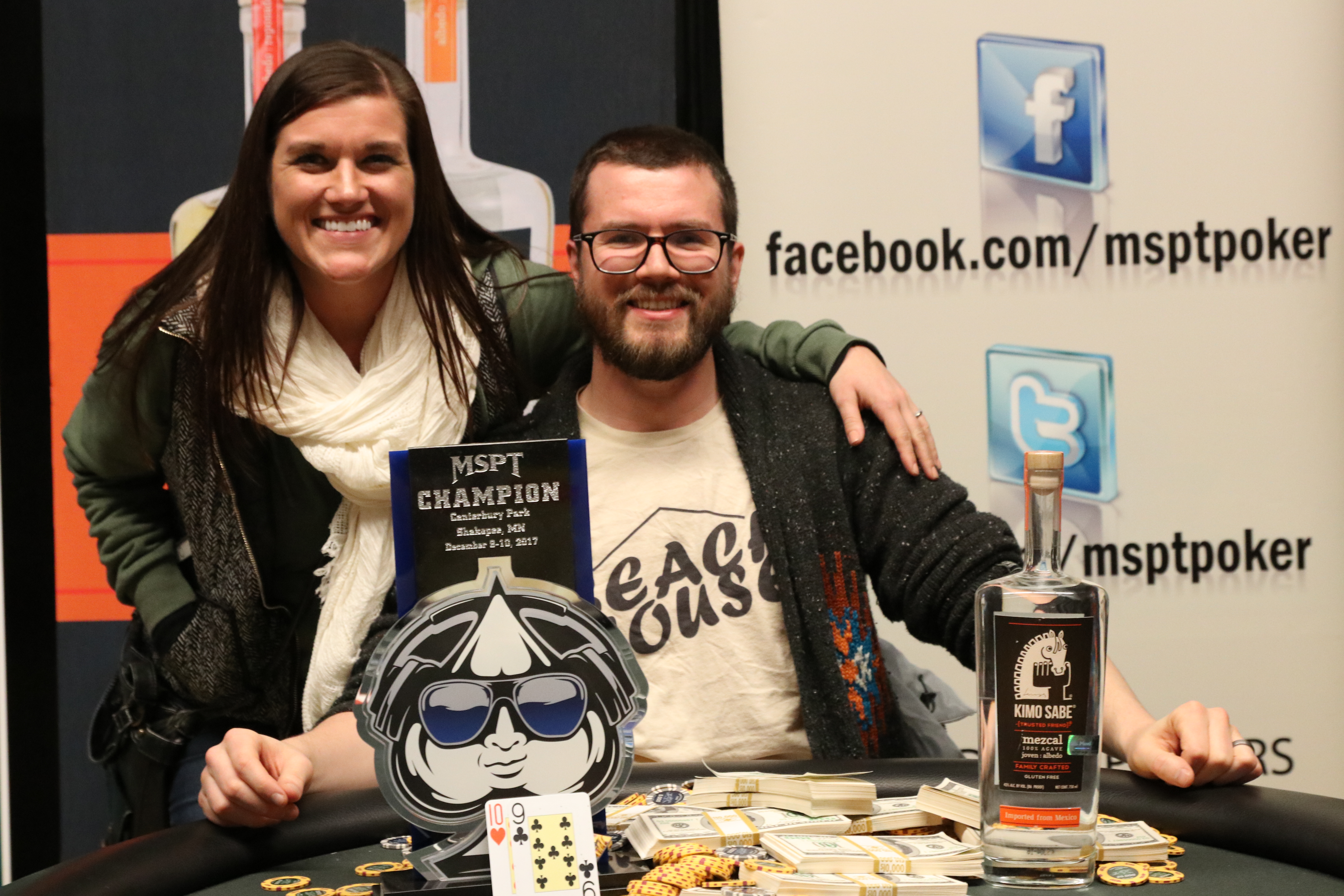 Ben Marsh, pictured here with his wife, got married back in October and now has $102K for one heck of a holiday gift-giving extravaganza. (Image: MSPT)

The latest MSPT Canterbury Park $1,100 Main Event, which emerged as the largest major poker tournament ($1K+ buy-in) in Minnesota history, was the 14th to be held at the venue since 2009. Surprisingly, it was the first time Marsh, who back in Season 2 won the MSPT Treasure Island for $40,071, ever cashed at Canterbury.

“I am feeling pretty great,” said Marsh. “I haven’t played a ton of live poker this year and didn’t have any luck when I did. This is only my second tournament since the WSOP in Las Vegas.”

“The tour has grown so much,” Marsh said when asked about the six-year gap between wins. “When I won the first time, first place was only $40K. I think in general poker is a lot tougher these days.”

During the stop, MSPT President Bryan Mileski was inducted into the Minnesota Poker Hall of Fame, while Joe Matheson, a champ from the tour’s first season, saw his streak of cashing every Mid-States season come to an end when he was eliminated on Day 1B.

Kou Vang, Matt Kirby, Dan “DQ” Hendrickson, and Jeremy Dresch are now the only four players to have cashed every season of the MSPT. 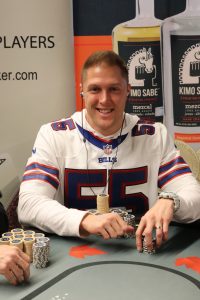 With 27 players remaining in the MSPT Canterbury Park, everyone was guaranteed 200 POY points on the Kimo Sabe Mezcal MSPT Season 8 Player of the Year leaderboard. Chris Meyers, who hails from Buffalo, New York, held the lead with 3,350, which meant the extra 200 points would bring his total up to at least 3,550 points.

With that, no other player in the field could catch him, giving him the lock on the POY title and accompanying $10K prize package with no further effort on his part.

In Season 8, Meyers had three cashes coming into the final stop. He placed fifth out of 1,066 entries back in May in the MSPT FireKeepers for $42,333. Five months later, he returned to the venue and surpassed a record field of 1,067 entries to scoop the 2017 MSPT Michigan State Poker Championship for $191,196.

His third cash, which was $2,375 for 62nd place, came in last month’s 2017 MSPT Wisconsin State Poker Championship at Potawatomi Hotel & Casino. He ultimately took 15th in the MSPT Canterbury Park for $5,721 and 400 POY points to bring his winning total up to 3,750 points.

Season 9 of the MSPT kicks off January 18-21 with a $350 buy-in, $100K GTD Regional Event at the Tropicana Evansville in Indiana, which recently moved from a riverboat to its new land-based casino venue.