The Grosvenor UK Poker Tour (GUKPT) rolled into Manchester on March and when the season’s second successful showdown was over on March 10, Ben Maregedze was the big winner. 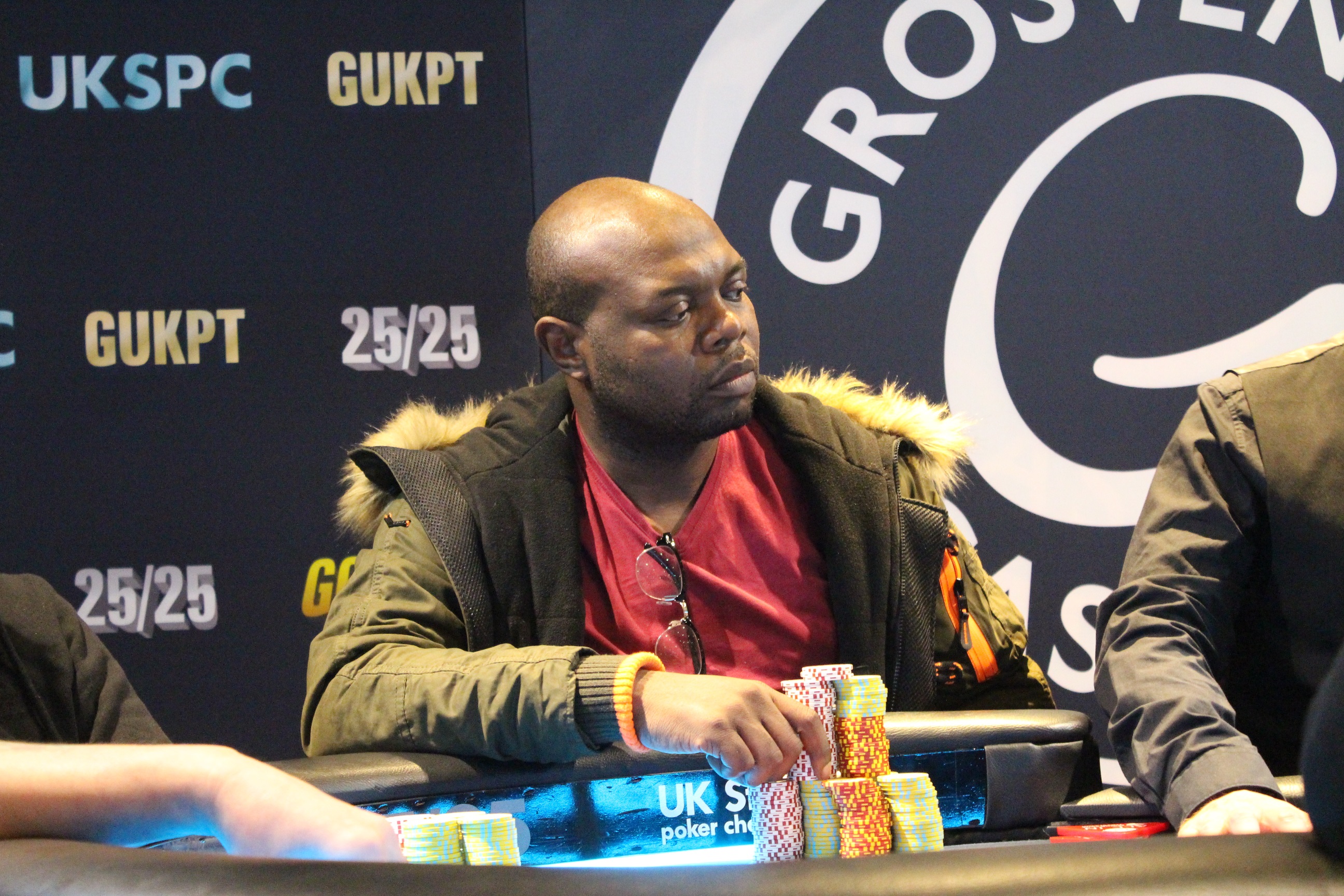 Ben Maregedze has won more than $90,000 after defeating one of the largest fields in GUKPT Manchester history. (Image: Grosvenor Casinos)

Following a record-breaking GUKPT London that not only saw David Haye take to the felt but the main event welcome 467 runners, Grosvenor’s Manchester Casino was equally packed. Although it couldn’t quite break its all-time record, the 2019 GUKPT Manchester was the best attended for a decade.

Another Successful Showdown in Manchester

However, as it transpired, a heads-up deal between the eventual winner Maregedze and Richard Kellett would split the top prize. Finding themselves virtually even in chips in the latter stages, Maregedze and Kellett were quick to chop the prizepool after Rob Bickley bit the dust.

After taking the lead with three players to go, a tough beat left Bickley fighting for his life. Watching Maregedze move all-in with A-5, Bickley expected a split after calling with A-6.

The poker gods had other ideas, however, as the 5♥ on the turn gave Maregedze an unexpected win and the lead. Relegated to last place, it took less than 20 minutes to send Bickley to the rail.

Thanks to Kellett’s aces dispatching the former chip leader, heads-up stated with the stacks almost even. With a slight lead and the momentum, Kellett locked up $91,959 to leave his opponent with $91,263.

Agreeing to run one final hand, all the chips went in with A-4 and 5-6. Despite being behind, Maregedze received another dose of help from the turn as the board ran out K-9-J-S-2.

With the all the chips in his possession, the Englishman gave a smile as he etched his name in the tour’s history books for the first time.

While the man himself hasn’t said what he plans to do with the money, GUKPT organizers will be hoping he doesn’t follow the same route as last year’s winner. After beating 241 entrants in 2018, Adam Lulat was forced to hand over his winnings to the UK tax authority.

As news of his GUKPT windfall reached Her Majesty’s Revenue and Customs (HMRC), the wheels of justice started to turn. With a provable amount of money to his name, Lulat was ordered to give it all to victims of a money laundering scheme.

After pleading guilty in 2015, the poker player claimed he was unable to repay his victims as he only had £1 in assets to his name. With news of his poker win made public, a court order Lulat to hand it all over, meaning that, unlike Maregedze, he walked away with nothing.