Ben Lamb doesn’t come out of the woodwork to play many live tournaments. But on Monday, he decided to show up at Bellagio in Las Vegas for the casino’s first-ever $25,000 buy-in Mixed Game High Roller event. And it’s a good thing the former November Niner did. 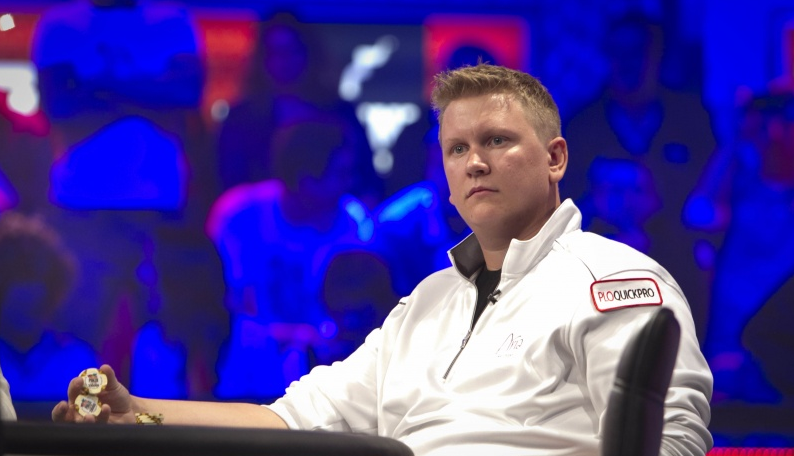 The Nevada resident, scoring just his third live tournament cash since 2011, outlasted a field of 23 of the best poker players in the world. He defeated Daniel Negreanu heads-up for the title and $281,000.

Lamb, the 3rd place finisher in the 2011 WSOP Main Event (for just over $4 million), beat a mixed field in mixed games. There were old-school pros such as Negreanu and Eli Elezra, as well as some younger players, like Mike Gorodinsky and Scott Seiver.

The final hand was a typical pot-limit Omaha cooler. Negreanu flopped middle set, and Lamb hit a straight. Kid Poker hoped the board would pair-up, but had no such luck.

Don’t Call it a Comeback

Lamb was the short stack with 180,000 chips with five players remaining. Alan Richardson had a massive chip lead (870,000). With the tournament on the bubble (four places paid), ‘Benba’ needed to run it up.

The A♦ came on the river. Benba bet out his remaining 47,000, putting the pressure on Kid Poker. If he called, he too would be effectively all-in, as he only had a few extra chips. Negreanu ended up saving his chips. Neither player showed their hand.

A Chip, a Chair, and a Lot of Skill

Negreanu was down to the ol’ chip and a chair at that point. But the all-time winningest live tournament player wasn’t about to throw in the towel without a fight. On the brink of elimination, Negreanu caught a break when Lamb busted Keith Gipson in 5th place, assuring all remaining players would get paid.

Soon after, the six-time WSOP bracelet winner started getting some cards. Before long, Daniel was the chip leader. Lamb then busted Lamar Watkinson in 4th place ($62,500).

The blinds were at 40,000/80,000 when heads-up play began. That meant luck was going to be the deciding factor. It was on Lamb’s side on this day. But Negreanu added another $175,000 to his lifetime winnings. That puts him over $33 million in his career. Not bad for a high school dropout.