Ben Winsor has narrowly missed out on a fourth GUKPT main event title after finishing second in Manchester on Sunday. 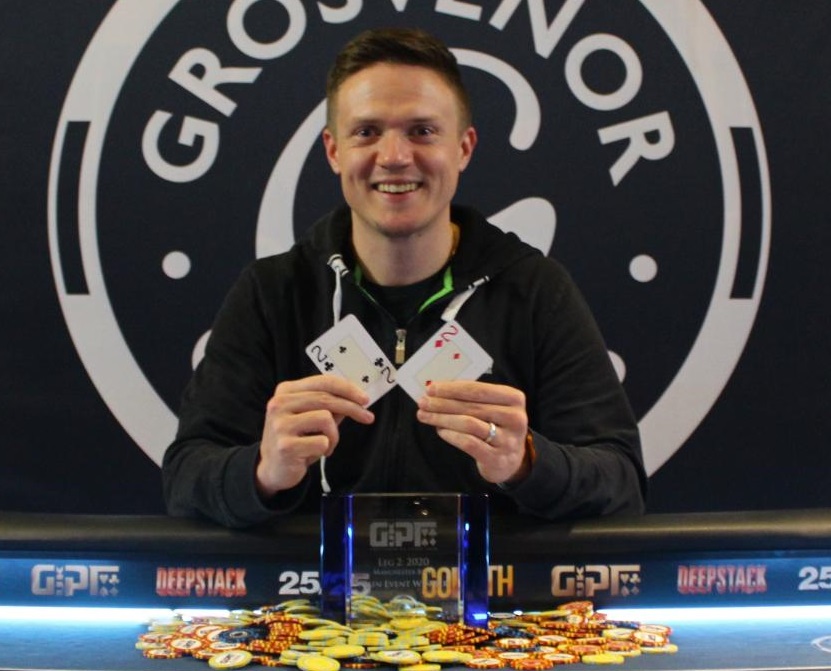 The English poker pro has been a force on the local scene for the last six years. Winsor’s first GUKPT main event came back in 2014. He followed up that win in Walsall with GUKPT Grand Final titles in 2015 and 2019.

In between those victories, Winsor has enjoyed side event success, earned $1.6 million and finished second in the recent GUKPT London main event.

All Eyes on Winsor in Manchester

On March 1, Winsor was back in contention again. Joining 316 other players for the $1,890 GUKPT Manchester main event, Winsor started the final day as favorite.

With a stack of 993,000 chips, Winsor had over 450,000 chips more than second place Dean Perry. That was enough ammunition to make it through to the final table inside Manchester’s Grosvenor Casino.

Although he’d slipped to the middle of the pack with nine remaining, Winsor used his experience to good effect. Sitting back as Rob Binkley, David Johnson, Justin Davenport and Garry Wilson fell, Winsor gradually found his groove.

First he took out Nathan Watson in fifth before doing the same Wadey Ashraf. With two scalps, Winsor looked as though he was on course to clinch his fourth GUKPT title. However, it was Ben Dobson who stole the momentum late on.

Picking up aces at the right time, Dobson eliminated Dean Perry after he moved in with pocket sevens. That coup gave Dobson a 5:1 chip lead over Winsor heads-up.

Winsor quickly doubled up before the pause button was hit and talks of a deal commenced. Dobson sensed the time was right to lock up $91,160 and give Winsor $86,135/

After splitting the money and leaving an extra $4,434 to play for, the two Bens wasted no time moving all in. Winsor was at risk with A♥5♣ and things got worse when Dobson’s pocket deuces connected with the board.

For Winsor, it was a second consecutive runner-up spot. The repeat of his GUKPT London performance meant he took home another healthy payday but missed out on another British poker title.