At the end of August, 33-year-old Ben Bensimhon won the World Series of Poker International Circuit Holland Main Event for $112,709. It was a life-changing score for the Bensimhon, whose day job is as a content manager at 888poker. He spoke to CardsChat exclusively about the win. 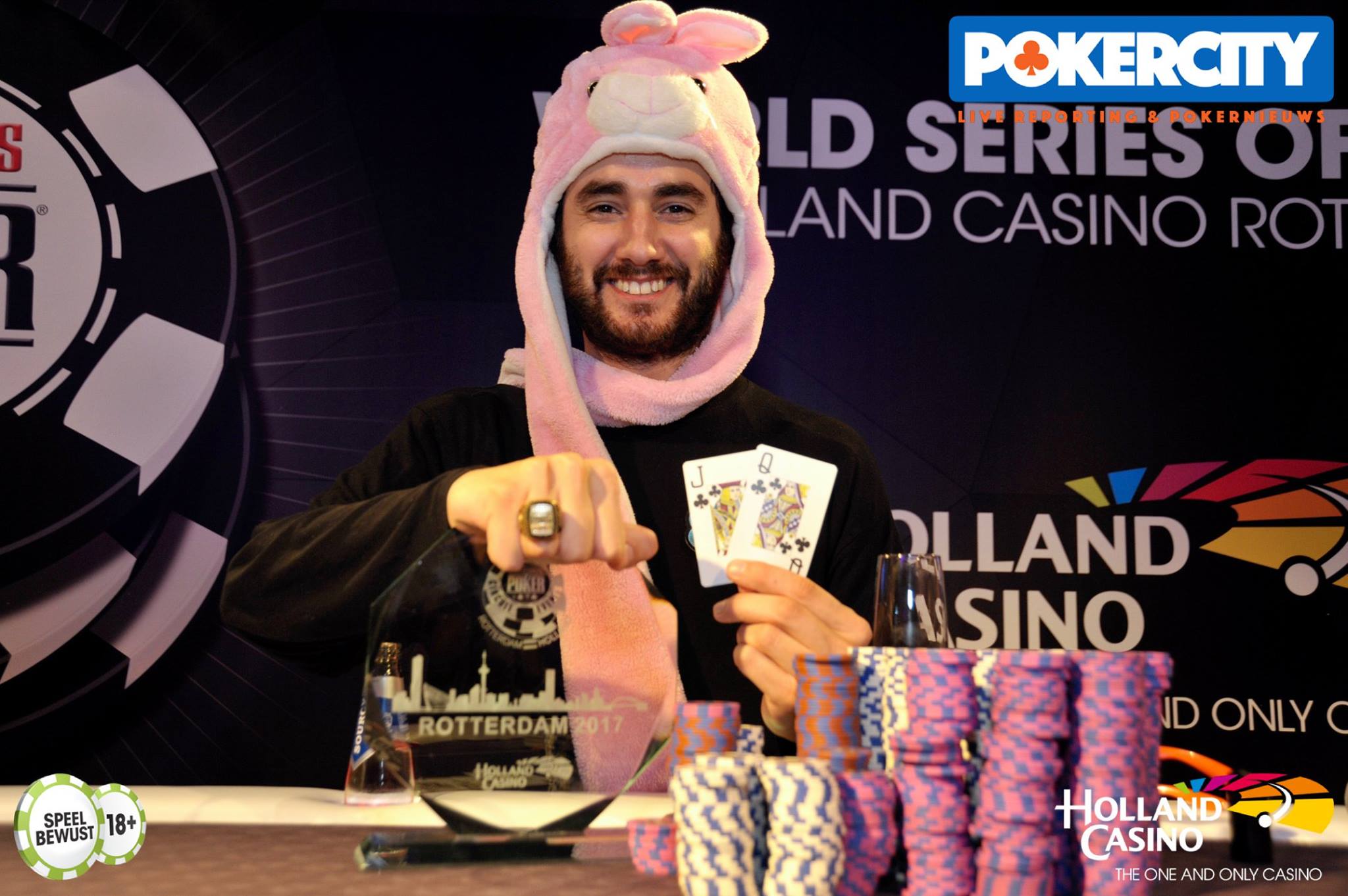 Bensimhon, the youngest of three kids, studied at NYU on a scholarship and eventually received his bachelor’s degree in communication studies. He went to work for five years as a project manager in the sports industry before accepting a position with 888poker two and a half years ago.

His exposure to poker, however, began decades earlier at age 10, when his father taught him five-card-draw on a family ski trip.

“That was the first time I risked my own money in a game and I loved it,” says Bensimhon. “The funny story is that the game stopped after my cousin and her boyfriend, who is today her husband, got caught cheating by switching cards between them.”

In 2007, Bensimhon discovered no-limit Texas hold’em, which he says is when he really fell in love with the game. He played small stakes with friends and started playing online. However, it wouldn’t be until 2014 that he would start studying poker.

“I took some lessons and after a few months, I was lucky enough to win my first international tournament,” he says. That tournament was the 2014 Italian Series of Poker (ISOP) €120 Turbo, which he won for $3,451. “It was a good boost which justified the cost of the poker lessons.”

Two years later, he placed third in the Israeli Poker Championship’s main event in Vienna, good for $18,260. Amazingly, he returned in February of this year to finish runner-up in the same tournament for $20,596. Profitable trips to Bucharest and London inspired Bensimhon to use some vacation time and set his sights on making a poker dream come true: playing in the World Series of Poker Main Event.

“Spending $10,000 on a poker tournament was way out of my league, but I had to do it once in a lifetime,” he admits. “I busted on Day 2 with A♥K♥ against pocket aces. Nevertheless, I managed to be profitable from the Vegas visit, which gave me a lot of confident in my game.”

With a little experience under his belt and momentum on his side, Ben Bensimhon set a goal of traveling once a month to play a poker festival, of which there are plenty throughout Europe. The WSOP International Circuit at Holland Casino in Rotterdam was his August pick, and right off the bat he made two final tables. From there, it was on to the Main Event. 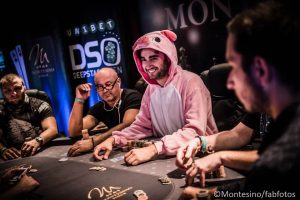 Ben Bensimhon commanded attention at the final table even before Rotterdam. (Image: Unibet/Fabfotos)

“For me, the most memorable hand happened after I lost the chip lead to Bart Lybaert, who was no doubt the best player at the final table and one of the best in the tournament,” Bensimhon replies when asked about which hand helped propel him to the win.

Bensimhon check-called a bet of 190,000 and then checked the 6♥ river. Lybaert checked behind and mucked when Bensimhon tabled his pocket pair.

“Many people disagree with my decision to four-bet with nines out of position, but I think Lybaert three-bet me there pretty light,” says Bensimhon. “The blank on the river was a great card for me. After it went check-check and he mucked his hand, I felt for the first time that this is going to be my tournament.”

Bensimhon eventually ended up heads-up against Jakob Miegel, who on what would be the last hand of the tournament shoved with A♠7♥. Bensimhon called with the Q♣J♣. The board ran out K♥10♣4♦J♥A♣ and Bensimhon took it down with the broadway straight.

After the final card was put out on the river, congratulations for his life-changing score, which included winning a gold ring, came pouring in.

“Ten minutes after the last hand, I opened my phone and I saw about 300 WhatsApp messages from more the 80 different people,” Ben Bensimhon says. 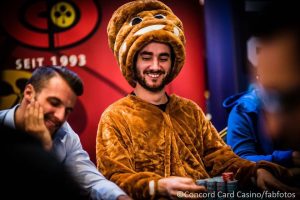 “I got messages from people on Facebook who told me that I probably don’t know them, but I gave them a lot of inspiration. I didn’t celebrate as I had no one to celebrate with, but for me laying on the bed in the hotel and answering all my friends on WhatsApp was the best part of the day.”

At the end of September, Bensimhon had another big score when he finished third in the Unibet DSO Vienna Main Event for $11,723.

With all of his recent poker success, one can’t help but wonder if Bensimhon has ever thought of leaving his 888poker gig and turning pro.

“This idea always crosses my mind,” he admits.  “I’m not good enough to make a living out of it though. I believe that my recent success over the past year is due to the fact that I have a steady job in the poker industry and that I personally work with some of the greatest minds in poker who teach me a lot.”

For now, Bensimhon will continue to manage 888poker’s online magazine, which means coordinating a slew of writers, reporters, and designers. However, he’s already looking forward to his next poker forays, which include a stop in the Czech Republic for the WSOP International Circuit Rozvadov, and at Campione, Italy, for the Italian Poker Open.