Brandon Meyers increased his stack at the WPT Five Diamond World Poker Classic on Day Three. But for the first time in this event, he didn’t leave the Bellagio with the chip lead. Blake Bohn took his spot at the top of the standings and will enter Day Four with 871,000 chips, just as the bubble is about to burst. 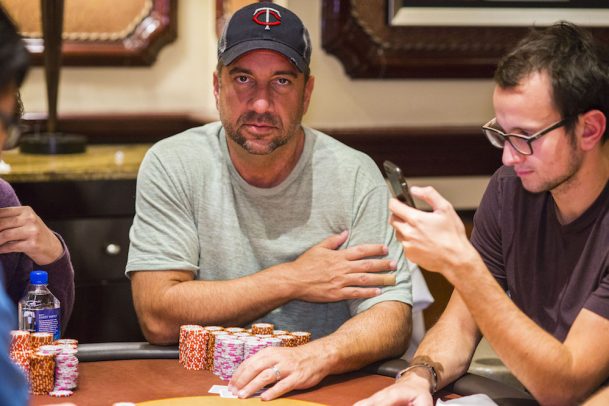 The early moments of Day Four will be tense, as the small stacks fight to stay alive at least until the 82nd place finisher is eliminated and everyone knows they are in the money. A minimum cash is good for an almost double-up, worth $19,691 in this $10,400 buy-in tournament.

Those hoping for a six-figure payday will have to grind for at least two more days, when the tournament is sliced down to its last nine players. On Sunday, the final table of six will play down to a winner.

Bohn is the only player above 800,000 chips, but he has many tough pros, including Daniel Strelitz and Chino Rheem, nipping at his heels. The Minnesota native is seeking his eighth career WSOP cash and second final table appearance. In live tournaments, he’s won just over $2.6 million.

Meyers finished the first two days with the chip lead and increased his 388,100-chip stack at the start of Day Three to 638,000, but he now trails behind five others. Still, he’s in great position to make an even deeper run.

Strelitz, the Season 15 LA Poker Classic champion, will enter Day Four in the number two spot with 791,000 chips. Not far behind is Chino Rheem, a three-time WPT champion, with a healthy 592,500-chip stack.

Thursday some meteoric falls by pros, including Daniel Negreanu and Phil Hellmuth, who both hit the rails.

The Poker Brat ran up a large stack to over 300,000 by midday when his full house busted another opponent who rivered a straight. But just a few hours later, he was eliminated in 130th place. Negreanu didn’t fare much better, and was eliminated somewhere around the 150th spot after his pocket queens ran into pocket kings.