Rep. Andy Barr (R-Kentucky) is trying to move forward with a bill that would provide federal oversight on how racehorses are medicated. That may not sound like it has much to do with online poker, but Rep. Joe Barton (R-Texas) sees it as the perfect way to once again give American players the chance to ante up on the Internet. 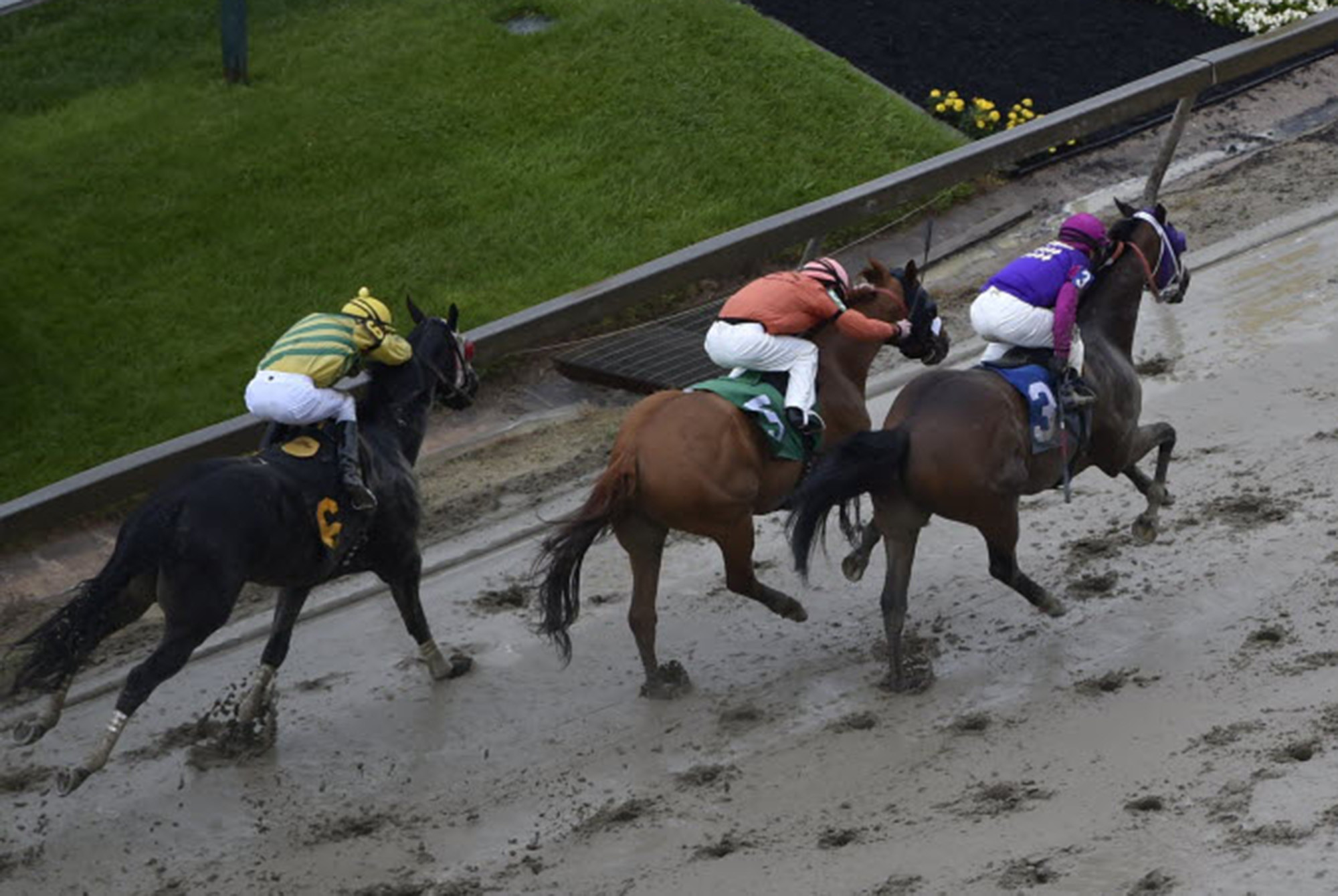 Horses head down the home stretch during a race at Pimlico Race Course in May 2016. (Image: AP)

Barton has long been a proponent of online poker, having introduced bills to regulate the game at the federal level as recently as 2015.

Barr’s legislation would create a Horseracing Anti-Doping and Medication Control Authority, which would be tasked with helping the Federal Trade Commission oversee how drugs and medications are used in the horse racing industry.

If you’re trying to come up with some clever way to tie that mandate in with internet gambling, don’t stretch your imagination too far. Barton doesn’t think the two are directly related, but the fact that horse racing is strongly associated with the gaming industry has him imagining that the legislation might have room for an internet poker amendment.

“I am looking at it,” Barton told Roll Call, saying that amendments related to sports betting or other related topics could also find their way into the bill.

That idea doesn’t sit well with Barr, whose legislation already faces plenty of obstacles in Congress. On Friday, the bill was discussed at a hearing in front of the Digital Commerce and Consumer Protection Subcommittee, where it became clear that the racing industry was divided over how performance-enhancing drugs should be policed in their sport.

While groups like the Jockey Club and the Humane Society came out in favor of the idea, Thoroughbred Horsemen’s Associated CEO Alan Foreman said that state regulators were doing a fine job of preventing the use of PEDs in horses on their own, and that federal oversight was unnecessary.

That debate may have been why House Energy and Commerce Chairman Greg Walden (R-Oregon) was unwilling to commit to moving the bill forward despite the fact that it had the bipartisan support of 125 co-sponsors.

Facing an uncertain future, Barr doesn’t want anything added to his bill that could potentially derail it – including anything dealing with betting or gambling.

“The next step would be to push for a markup,” Barr told Roll Cal. “There’s no need to put those issues together if it would draw greater controversy.”

Barton’s interest in attaching an online poker amendment to the bill may be related to his lack of success in passing standalone legislation on the issue. His efforts, which have always concerned only poker while not authorizing other online casino games, have never received a vote in the House of Representatives.

In 2015, Barton told CardsChat that his interest in online poker stems from his own love of the game.

“I’m just an amateur player,” Barton said. “But I like to do it, and I think that American citizens who are adults who want to play poker online ought to be able to.”

…..but the fact that horse racing is strongly associated with the gaming industry has him imagining that the legislation might have room for an internet poker amendment”.

It is a window that opens, to see if at last the poker players of the United States can play freely online.

very interesting idea with the laws of the game of poker and horse racing .
I don’t know what it’s gonna be like, but let’s hope it’s for the better for poker.