Penn National Gaming dropped a bombshell on the gaming industry Wednesday, announcing it had acquired a 36 percent interest in Barstool Sports, a popular sports and culture blog. The deal is worth $163 million, and Bartstool’s founder, Dave Portnoy, is on cloud nine today. 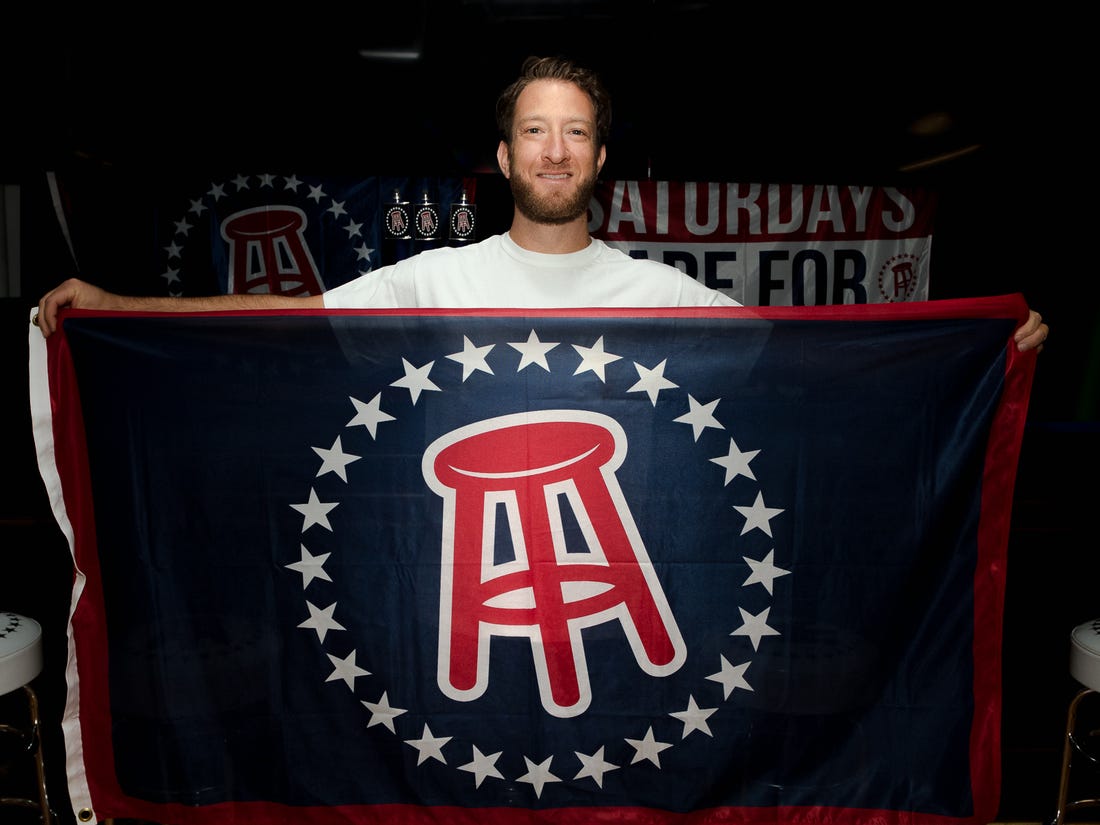 Portnoy, a.k.a “El Presidente,” built his company from the ground up starting in 2003. The 43-year-old Boston sports fanatic turned what started as a small sports blog into the multimillion-dollar internet media giant that it is today. And he did so, as he likes to say, “brick by brick.”

Barstool Sports has millions of followers, dubbed the “Stoolies.” The company heavily targets the 18-34 male demographic, which, according to an 2018 ABC News article, spends 45 million minutes per month consuming Barstool’s content.

Barstool’s bloggers and podcasters know their audience, which is a big part of the reason the website is so successful. The content leans heavy on Portnoy’s passions — sports betting, pizza reviews, humor, being a man in the traditional sense, and unapologetically, blindly supporting your favorite sports team, among others.

Penn National Gaming operates 43 gambling facilities in the United States. Gambling is one of the main topics of discussion at Barstool Sports. Thus, the union between the two looks like a perfect combination — at least on the surface.

The deal gives PNG a 36 percent stake in the internet media company at a $163 million price tag. Hours after the acquisition was announced, PNG’s stock price skyrocketed, and Portnoy was ecstatic.

“This opportunity is a dream of mine, and why I started Barstool Sports in the first place,” Portnoy said in a press release. “Barstool Sports has a deep sports and gaming history, and from the moment we met (CEO Jay Snowden) and the Penn National team, we knew this could be an exciting and game-changing partnership, and we can’t wait to get started. I think with our shared vision and goals, we are uniquely positioned to be a leader in this business.”

Penn National’s acquisition brings Barstool to a $450 million valuation. Not bad for a formerly small sports blog built by a random Boston Red Sox fan (Portnoy). As part of the deal, PNG will invest another $62 million in three years to bring its stake up to 50 percent.

Barstool Has a Poker Loving Audience

“Stoolies” love sports, no doubt. But many of the website’s fans also have a passion for poker. In fact, Barstool Sports now hosts one of the most popular and entertaining poker blogs in the world — The Cracking Aces Podcast.

Eric Nathan, a.k.a. “Barstool Nate,” hosts the weekly podcast with his friend, poker pro Jake Toole. Nate previously played online poker professionally before working for Barstool. In a Wednesday blog post following the PNG deal, he wrote that his two true passions are “poker and blogging.” He also loves sports, and is a true homer for D.C. area teams. (Sorry, Nate, it’s true.)

In his blog post, Nate explained his desire to improve and become a winning poker player. He recently competed in the $3,500 Borgata Winter Poker Open, but fell short of the money. The Cracking Aces podcast airs weekly and can be downloaded on the Apple Podcasts site.