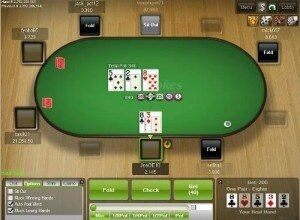 A study by the Microgaming Poker Network (MPN) challenges the theory that anonymous tables benefit the poker ecology.

There’s a growing feeling in the poker industry that tables in which all players are completely incognito, and therefore impervious to tracking technology, could be a solution to the recent decline of online poker.

The problem is that the skill gap between good and bad players has never been greater, and that means recreational players are being swallowed up at a faster rate and fewer novice players are coming into the game.

Those that do participate tend not to stick around for long, because, they soon become aware that there are better players out there using tracking software, technology they may not have inclination, time or money to invest in.

Recreational players, rightly or wrongly, then, have a perception that they are being targeted by software that gives their opponents an unfair advantage.

This is the reason why online poker sites are experimenting increasingly with anonymous tables.

MPN has been doing it since 2011, and Bodog announced it would become the first site to go completely anonymous shortly after as part of a concerted effort to attract and retain recreational players.

Most recently, Winamax, the biggest operator in the French regulated market began dabbling with the concept. However, Alex Scott, head of poker at Microgaming thinks they might be barking up the wrong tree.

“This will probably shock those operators who bet the farm on Anonymous Tables, thinking that they would protect new and weak players,” he says. “Our evidence says that they don’t. In fact, weak players lose more and have an even shorter lifetime than they would if they played regular tables. This is the other key reason that anonymous players play fewer hands, they have already gone broke.”

MPN analyzed some 175 million hands on the anonymous tables on its network. Data showed that 40 percent of MPN players were playing on these tables, the vast majority of whom were recreational players.

Statistics from these tables revealed that more bets, on average, are called in each hand and both the average pot size and average size of each called bet is greater than at regular tables.

At the micro-stakes, says Scott, the difference is more marked, with the the average amount bet and called per hand 20 per cent higher than at regular tables with corresponding stakes, while the average bet size is 19 percent bigger.

However, those bigger bets do also mean the variance is higher at anonymous tables, which could be good for player retention because it means that bad players can win big pots in the short term, theoretically improving their playing experience and encourage them to redeposit.

In terms of the holistic healing power of anonymous tables to the poker economy, then, it would seem that the jury’s still out.

I have played basically daily at Bovada since BF and I for one agree with this article . The games from micros to mid stakes have never been softer , the fish seem protected from the losing embarrassment and seem to dum harder .

If players are Anonymous, how would they register at a poker site or get paid out?

What ID would they use?