A poker dealer and a player at a Louisiana card room have been arrested for allegedly attempting to rig a bad beat jackpot that exceeded $160,000. Across the country, in Las Vegas, a bad beat jackpot has finally been paid after more than seven months. 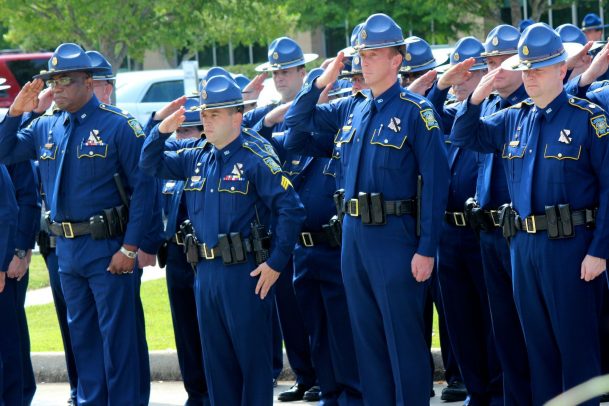 The Louisiana State Police have arrested a poker dealer and player for allegedly rigging the deck to set off a bad beat jackpot. (Image: commons.wikimedia.org)

Police say Ashley Solomon, 66, fixed the deck for a favorable outcome in a cash game at Harvey’s Boomtown Casino near New Orleans. He then supposedly performed two false shuffles to give the appearance that he was properly shuffling the cards.

Dale Foret, 51, was dealt a bad beat jackpot winning hand that would have paid him the biggest share of the $166,471 reward split among the table.

As is customary when a bad beat jackpot hits, the casino watches video of the hand to ensure its legitimacy. Following a review of the video, investigators from the Louisiana State Police Bureau of Investigations Gaming Enforcement Division discovered the false shuffles and determined cheating occurred.

No other players at the table were arrested in connection to the alleged crime. But no one was paid a share of the bad beat, and the money remains in the pot for others to win, legitimately.

The suspects were booked at the Jefferson Parrish Correctional Center. It’s unclear if they remain in custody or have posted bond.

Cheating scandals aren’t good for the poker community, but we do have some positive news to report in an ongoing unrelated bad beat jackpot saga.

Last summer, a $120,000 bad beat jackpot hit at Red Rock Casino in Las Vegas, but the casino refused to pay it out after discovering that the player holding the best hand, Leonard Schreter, had exposed his cards to others prior to the hand’s conclusion, in technical violation of the rules.

The casino has a right to void the jackpot payout if players discuss or expose their cards during the hand. Avi Shamir, the 83-year-old who lost the hand and stood to win the largest share of the jackpot ($62,126), contested the casino’s ruling and took his case up with the Nevada Gaming Control Board (GCB).

After months of deliberation, the GCB has issued a final ruling on the case, and to the delight of the poker community, Shamir, Schreter, and the others who were at the table on July 7 will get paid.

Only Shamir’s payout was specified in the GCB disposition. Schreter is expected to receive just over $30,000 of the $124,252 pot, as the player who wins the hand receives a 25 percent share.

The disposition doesn’t specify the reason for the the board’s ruling, stating only that the hearing examiner recommends the “Agent’s decision awarding payment of $62,126 to Avinoam Shamir be affirmed.”

Instead of a picture of the Revolutionary War army can we get closeup footage (and slow motion) of that fixed Bad Beat hand? 🙂

I agree with the above comment of photo does not really match article. I am really surprised that more Bad Beat Jackpots have not been rigged more or maybe it is just that they have just not caught them yet.
It would really suck if I as player won a bad beat jackpot fairly and then the casino refuses to pay as they use the excuse of it being rigged I am sure many of these shady casinos does that.