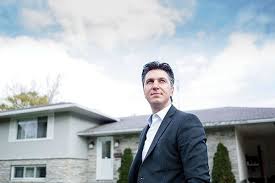 David Baazov has bought up $1.2 million in additional Amaya shares to be used for investment purposes, it emerged this week. (Image: forebesindia.com)

David Baazov, Amaya Inc chairman and CEO, acquired 60,000 common shares in his own company last week, it has emerged.

The online gambling giant’s stock plummeted by nearly 29 percent on Tuesday, November 10, the day it announced its Q3 results.

While investor faith was shaken by Amaya’s revision of its revenue forecasts for 2015, Baazov’s remained indefatigable as ever, as he used the opportunity to acquire $1.2 million in extra shares while the price was cheap, increasing his stake in the company to 18.42 percent.

Despite the downturn, Amaya remains hotly tipped for growth by many financial experts, who cite its global reach and development of its sports betting operations as signs that it remains a good bet for investors.

Strength of the Dollar

Amaya was forced to lower its yearly financial expectations, largely because the relative strength of the US dollar has weakened the buying power of its customer base and eaten into revenue, the company said.

It reduced its revenue forecast for 2015 to somewhere between $1.289 billion and $1.339 billion, which represents a 13 percent decline on mid-year expectations.

“The general strengthening of the U.S. dollar relative to certain foreign currencies, primarily the euro, has resulted in an approximate 19 per cent decline in the purchasing power of our customer base and has had a significant negative impact on our revenues, higher than we previously anticipated,” said Baazov.

Amaya’s further announcement that it would be forced to delay the rolling out of its sports book also contributed to the stock downturn.

The company said that “significant aspects” of its sports betting product would be postponed in order to “enhance the consumer product experience and complete the product offering.” Amaya said it expects to complete its sportsbook offering by the end of Q1 2016.

It emerged recently that the company has been quietly acquiring domains associated with the name BetStars, as it seeks to launch a standalone sportsbook brand.

BetStars.com was formerly a sportsbook operated by Isle of Man-based WilsonBet, but it closed in at the end of October and was sold to Amaya for an undisclosed amount.

According to Gambling Invest, Amaya paid WilsonBet to close down its sports book and relinquish the domain name.

Shares in Amaya plunged to a new 52-week low of CAN$19.59 following the earnings announcement, having ended the previous day at CAN$31.23.

According to Canadian Securities Regulators, Baazov bought the additional shares on the open market through the Toronto Stock Exchange “for investment purposes” at an average price of CAN$20.2955 per share.