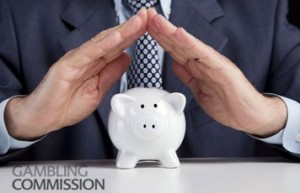 The UK Gambling Commission has approved auto top-ups at online poker tables in a clarifying statement, much to the relief of players and following numerous complaints. (Image: gamblingkings.com)

The UK Gambling Commission has clarified its stance regarding auto top-ups at online poker tables, stating the technology is allowable under law. The commission is set to take over control of the United Kingdom’s gambling market starting on November 1, a one-month delay from the original date.

Previously, it had been believed that auto top-up features, to allow players to automatically set their stack size at tables, would be forbidden at all UK online poker sites. Now, this specific feature has been “clarified,” and it looks like auto top-up technology will stay.

Last week, in a public statement on its blog, the UK Gambling Commission cited its responsible product design and quoted itself by saying, “the amount of funds taken into a product should not be topped up without the customer choosing to do so on each occasion.”

That section of the commission’s guide was referenced as “implementation guidance,” but to err on the safe side, poker sites interpreted this statement to mean it was a mandated rule.

In a blog entry published on October 1 on the commission’s blog, this statement was put into clearer terms. The blog stated that the Commission’s documentation clearly demonstrates the difference between guidance and requirements.

Specifically, the blog stated that, “… license holders should comply with or find another means of meeting the overall aim and requirement of the remote technical standards.” The Commission concluded by concretely writing, “In the case of RTS14 the license holder can either: (a) not offer automatic-rebuys, or (b) if they do offer auto-rebuys they ensure that other protection mechanisms are in place.”

Now that there’s clarification from the commission, it is widely expected that all sites will revert the changes in their software and bring the popular feature back. Unfortunately for the software engineers, this means a few extra days’ of work to build a new version, bringing back some of the old features, while keeping others that align with the laws.

Who’s Responsible For the Good News?

The UK Gambling Commission was under intense scrutiny in the public’s eye to either clarify or soften its stance or to make a change altogether. While it is unclear what exactly prompted the commission to publish information to clarify the matter, professional and casual online poker players in the UK alike are thrilled with the news. Many different poker forums staged protests through long discussion threads and also took to social media to voice their displeasure. It appears those efforts were fruitful, as players should be getting their auto top-up features back soon.

What is Auto Top-Up and Why Do We Care?

Auto top-ups in online poker cash games is a feature that allows a player to maintain a stack size after every hand. For example, if a player starts with $50 at a cash game (wishing to always have at least $50 at the table) and loses a small hand for $5, their stack size is then $45. The auto top-up feature then automatically takes money from the player’s account and brings the total back up to $50. This allows for what many players consider to be optimum full-stack play.